The rest of the world is coerced to pay the price of the on-going Russian-Ukraine War. 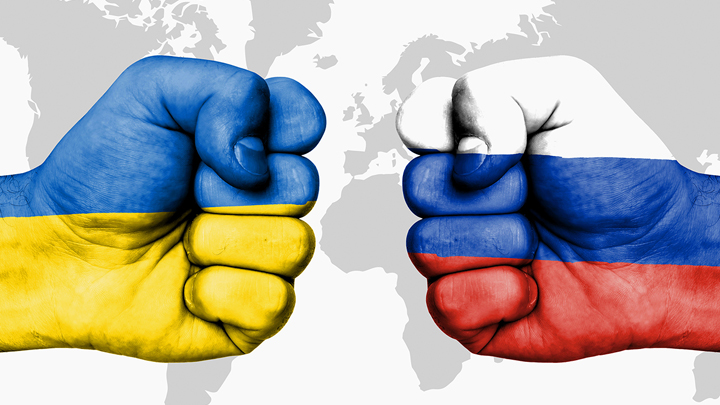 NO Justification for NATO:

With the Warsaw Pact ceased to exist in 1991, there was no justification for NATO, at all. Instead of abandoning NATO, it kept on growing, especially among Members of the Warsaw Pact nation joining NATO was irrational and illogical. It has always irritated Russia. In an interview, President Gorbachev also stated that he thinks that enlargement was a “big mistake” and “a violation of the spirit of the statements and assurances made” in 1990.

On several occasions, Russians have shared their concerns about the expansion of NATO, and President Putin has declared Ukraine a red line. Deployment of NATO defense systems, missiles, and troops along with Russian borders are genuine concerns and a direct threat to its sovereignty.

Russia might have no intention to harm Ukraine and prolong a war. His intention might be a limited operation to secure its borders only. But, the US is contrarily intending to bleed Russia for a prolonged period.

NATO expansion was meant to provoke Russia and in February 2022, Russia was further coerced, left with other options, except to invade Ukraine. Though Russia kept preferring to solve the issue through negotiations. Several attempts were made to end the war, especially, in Turkey, the negotiations were quite serious and very close to reaching an accord. But all efforts to end the war were sabotaged by the US and its allies. But looked like the west was least interested in negotiations as negotiations were against the US bleed-Russia policy objectives. Post invasion, Russia faced serious sanctions by the US and its NATO allies. In six rounds more than 4000 sanctions were imposed due to which Russia faced deepening isolation in the global world. Looks like it’s not a war between Ukraine and Russia but an economic and financial war on Russia by the US via NATO. The major goal is to isolate Russia financially. Initially, the Russian banking sector was deeply affected by the removal of the SWIFT facility. China facilitated Russian banking requirements and financial transactions with the rest of the world.

This is one of the major reasons that Europe has yet not implemented a complete ban on the Russian export of gas. They need an alternate means to ban Russian gas completely. But unfortunately, those alternate means such as a) the US to supply an additional 15 billion cubic meters of gas by the end of 2022 but that will be only sufficient for 1/10th of Europe’s requirement; b) the US could supply 50 billion cubic meters of gas by 2030 which requires time; c) to use other renewable sources such as wind energy Europe require time.

It is not limited to Europe alone many countries are dependent on Russian gas such as North Macedonia 100%, Bosnia & Herzegovina 100%, Finland 90%, Latvia 90%, Bulgaria 90%, Serbia 89%, Poland 53%, Italy 46%, Germany 43%, France 25%, Belarus 19%, Turkey 16%, etc. The global oil prices are currently hovering in the range of $105-112 bbl. The US has asked its allies to release 30-50 million bbls more in the market. But it is not in the best interest of OPEC Plus. Hence they never agreed. In desperation, the US relaxed Venezuela’s oil sanctions but with sanctions relaxation, Venezuela largely started selling oil to China.

Unfortunately, the cost of the NATO expansion to the Russian eastern border is more lethal and costly not only for Ukraine but the entire world. In the times to come the world will face energy, food, and humanitarian crises. Energy issue bells the warning rings for many countries – in this global environment can the world afford to continue this war? If not then why this war?

If they aimed to weaken the Ruble then instead of getting weak it has strengthened. Russia’s account surplus hit $58.2 billion in the first quarter (Jan-march) of 2022. This is a three-decade high as compared with $22.5 billion in the same period last year. Though Russian exports have plunged, the Ruble has skyrocketed. But how?

The US goal was to weaken Russia’s economy and ultimately its national security. But, Russia took the following measures to fight back: 1) the Central Bank of Russia injected $1.0 billion into the market on the day of invasion to sustain its currency; 2) Central Bank raised its benchmark interest rate from 9.5% to 20% on February 2022; 3) set a limit on withdrawal in foreign currency; 4) imposed capital control and a complete ban on foreigners selling securities; 5) banned transferring foreign currency abroad; 6) Central Bank announced gold purchasing at a fixed price of Rub 5000 per gram; 7) unfriendly countries were asked to pay in Rubles for oil and gas; 8) Russian exporters were asked to earn foreign currency and convert up to 80% in Rubles.

Resultantly, the Ruble gained strength. On February 24, 2022, the Ruble Dollar parity was 79.7 per USD. Two weeks after the invasion the Ruble went as low as 151 per USD. Which created a huge panic but Russia came up with the above plan to regain Ruble’s strength. Currently, Ruble 54 is per USD much stronger than before. Then the goal of the US seems to be not achievable.

Price of the war to be paid by the rest of the world:

However, the conflict left Ukraine with 60% damaged infrastructure, 20% of its territory under Russian control, 12 million IDPs, and 6 million refugees. The impact of the war has also affected Europe and the world with energy shortages, emerging food crises, and humanitarian issues. The price has to be paid by Ukraine, Europe, and the rest of the world. Humanitarian crisis may become worse as the winter is approaching soon. Developing nations cannot face the food, fuel and energy challenges. The global economy is suffering already and may enter into recession. The US can sell more weapons and can be compensated, but the rest of the whole world may suffer only.

It is urged to end the war and save human lives, and global order immediately. We must learn from our past mistakes and amend our deeds to make this world a better place for our coming generations. Stakeholders, the UN, and the international community must think wisely, smartly, and immediately.

Prof. Engr. Zamir Ahmed Awan is a Sinologist (ex-Diplomat), Editor, Non-Resident Fellow of CCG (Center for China and Globalization), National University of Sciences and Technology (NUST), Islamabad. He can be reached at awanzamir@yahoo.com