Writing on the Wall

How Afghanistan was lost on an Installment Plan 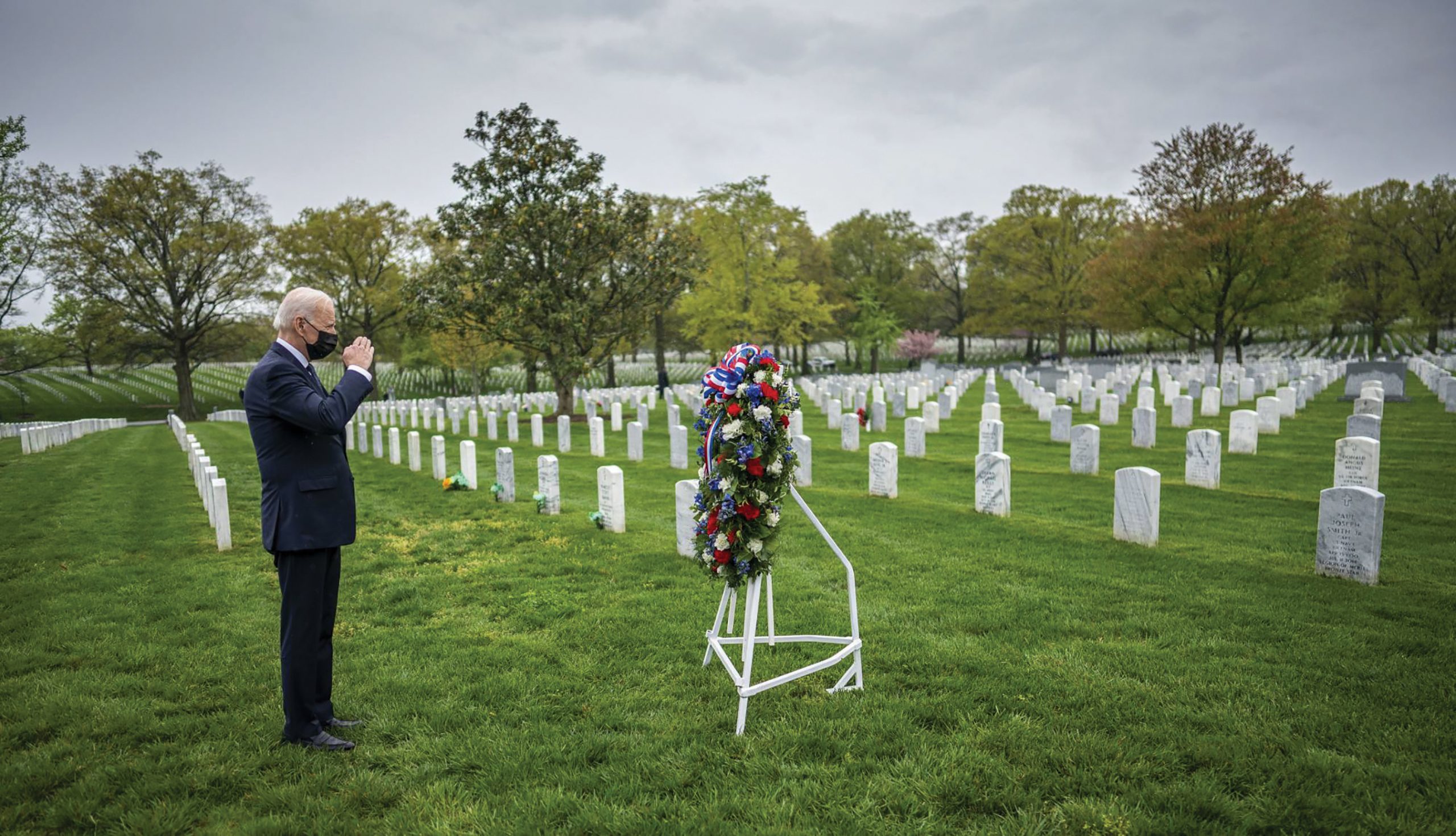 On 7 October 2001, the United States entered Afghanistan under the aegis of “Operation Enduring Freedom.” The invading party was a small group of special operators entering Afghanistan from Tajikistan. Their goal was to shore up the Northern Alliance after their leader, a murderous warlord known as Ahmad Shah Massoud, was grievously injured in the first suicide attack Afghanistan had ever experienced on 9 September 2001. The Americans did not expect that the Taliban would fall quickly, but they did. Nor were the Americans able to deter the Northern Alliance from storming Kabul, which they did. And, in these fateful weeks, the United States ensured its eventual defeat in a war that would stretch out for nearly twenty years and which would become the longest war in America’s history.

In the early weeks after the 9/11 terrorist attacks on the United States, then Pakistan President Musharraf was forced to reckon with the reality that Pakistan would have to break with its long-time proxy the Taliban, even if it was temporary. In exchange for his cooperation, Musharraf had three early expectations from Washington. First and foremost, he wanted the Americans to prevent the Northern Alliance from taking Kabul. As an analyst at RAND, I had a ground-floor view of American decision-making in Afghanistan and the shocking ignorance about Afghanistan among American policy-makers. Few understood that from Pakistan’s point of view, the Northern Alliance was an Indian proxy just as the Taliban were a proxy of Pakistan. In fact, Ahmad Shah Massoud did not die in Afghanistan; rather, he died in an Indian field hospital in Tajikistan.

Second, President Musharraf wanted some American efforts to resolve the so-called “Kashmir Dispute,” from which the US government had long washed its hands. Secretary of State Collin Powell gave some life to this expectation but this expectation too was smashed on the rocks of reality.

Third, Musharraf wanted to ensure the safety of Pakistan’s “strategic assets.” While Washington never acted against Pakistan’s program as it did against Iran’s program and even while Washington never did anything to punish Pakistan for AQ Khan’s illicit nuclear arms bazaar, it did force Pakistan to reconsider its strategic requirements as the United States tumbled ahead with the bomb-friendly so-called Indo-US Civilian Nuclear Agreement and equally important agreements on satellite launch and other space programs. These agreements were intended to bolster India’s strategic assets as Washington believed that a rising India would be able to assist in the management of China’s pugnacious rise in the region and the international system.

But Washington also failed to understand the perturbing nature of Pakistan’s interests in Afghanistan, and it ignored very early signals that Musharraf had in fact done a U-turn on its U-turn on the Taliban. In fact, Pakistan’s duplicity could be evident as early as December 2001 when Jaish-e-Mohammad executed — thankfully ineffectively — a suicide attack on India’s parliament building. India mobilized for war with the full encouragement of the US Ambassador in Delhi, Robert Blackwell. Blackwell was a political appointee who was close to US President George W. Bush. While Blackwell was nudging the Indians towards war, the US Ambassador to Pakistan Wendy Chamberlain was doing her level best to keep the Pakistanis engaged on the western border where Pakistan was supposed to be the anvil to the US hammer in Afghanistan. As the Americans, with their Northern Alliance allies pushed the Taliban and their al-Qaeda associates south, they fled to Pakistan’s tribal Areas. Nonetheless, as India mobilized the largest force deployment since the 1971 war, Pakistani forces reoriented from the west to the east. The standoff remained for months. A second peak of this crisis occurred in May 2001 when terrorists associated with the Lashkar-e-Tayyaba slaughtered the wives and children of Indian army personnel at Kaluchek. Again, both countries teetered on the brink of war.

Meanwhile, on the Afghan-Pakistan border, the Pakistanis did little to stop the Taliban and al-Qaeda from ensconcing themselves in Pakistan’s Federally Administered Tribal Areas (FATA). Many Americans familiar with Pakistan and Afghanistan at the time (including this author) believed that Lt. General Ali Jan Aurakzai, the extremely important XI Corp Commander, in fact aided and abetted the fleeing Taliban. This was entirely within the performance envelope of the Pakistan army. Many American special operators witnessed first-hand the audacious “Kunduz Airlift” during which Pakistan made dozens of C-17 sorties to rescue their Taliban associates and their ISI trainers.

By 2005, the United States and its NATO allies were under the delusion that major combat operations had ended. As political officer with the United Nations in Kabul in 2007, I also saw firsthand the shocking discussions among NATO military leaders during which they actually debated whether or not Afghanistan was undergoing an insurgency. Many of the absurd questions and policy approaches that the US stumbled into in Iraq were now tripping them in Afghanistan. To anyone with at least two neurons firing, it was obvious that the Taliban were on the offensive after enjoying a recuperative spell in Pakistan.

To this observer, it seemed apparent that this effort would fail as early as 2005. The reason for this was simple: the United States had been so focused upon al Qaeda that the Taliban were a secondary—if not tertiary—concern. And Pakistan delivered on al Qaeda. Whenever a US official travelled to Pakistan, there was always a freshly caught “al Qaeda #3” on offer. However, once Afghanistan was largely free of al Qaeda—because it had shifted to Pakistan—the US and NATO began focusing upon nation building and defeating the Taliban. However, this required a substantially larger deployment footprint in Afghanistan. This “deployment footprint” not only included American and NATO soldiers, it also included an ever-expanding armada of defencse contractors (more commonly known as “mercenaries”) as well as civilian aid workers, who in turn were protected by the said mercenaries. With American enmity with Iran never seriously in abeyance, the only means of supplying this ever-expanding circus of war fighters, war profiteers and do-gooders was through the ground lines of control in Pakistan. These included air routes for very sensitive items but generally all of the logical supply went through Pakistan.

In fact, I used to marvel at this well-oiled profit machine. Any genuine insurgent with an iota of sense could have made US and NATO operations impossible simply by positioning themselves at the two crossing points in the Khyber Pass and Chaman. The vast majority of the trucks were carrying fuel. The Taliban needed only to explode the first truck in the convoy and the last. However, that happened rarely as mostly the truckers did it themselves as an insurance fraud. In fact, very little pilferage occurred either on the Pakistani side. As many of us noted, the amount of pilferage and destruction was kept to a minimum: just enough to keep the Pashtun trucking mafia satisfied and below the threshold which would force the Americans to shift to air supply.

Why was this? Because the Taliban were never an insurgent group. They were and are a wholly owned subsidiary of Pakistan. This war in Afghanistan has been greatly beneficial to Pakistan. Not only did the United States receive copious subsidies to support the war in Afghanistan, it was never penalized for continuing to undermine it.

In 2009, when the so-called COINistas coerced President Barack Obama to implement the so-called surge, this author was one of the few who opposed the surge. I did so not because I am a peacenik; rather because I understood that the reason why we needed the surge was the extensive sanctuaries that the Taliban had in Pakistan as well as every possible amenity the proxy outfit required. To defeat the Taliban, the United States had to develop a coercive policy that imposed serious punishment for continued support of the Taliban rather than a policy of unending blandishment and perquisites. The surge would only increase the dependence upon Pakistan. And, as this author predicted, the surge failed to achieve anything but modest gains which were reversed as soon as the soldiers left.

How could a few thousand foreign troops achieve what nearly 400,000 could not?

As the Americans are “severing and sauntering” their way out of Afghanistan, Afghans see the writing on the wall. While talking heads seem surprised that the Taliban never fulfill any of their problems, the Afghans understand that they never would. The reason is simple: the Taliban think they had already won.

C. Christine Fair is an American scholar of South Asia. She is a professor in the Security Studies Program in the Edmund A. Walsh School of Foreign Service at Georgetown University. Her work is primarily focused on political and military affairs in South Asia. She can be reached at c_christine_fair@yahoo.com

One thought on “Writing on the Wall”