Confronting a more resilient and self-assured Iran, the rise of Joe Biden
to the U.S. presidency suggests a noticeable change in Middle Eastern politics. 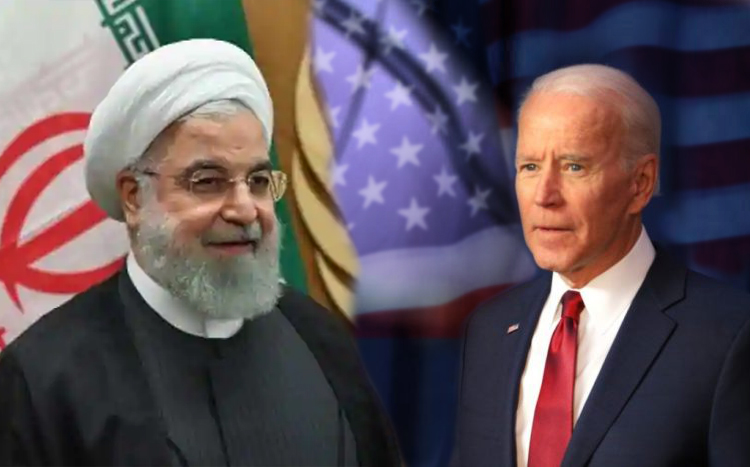 At last, a landmark deal has come to an end that piqued interests of the world powers alike. The Islamic Republic of Iran has long been under the scrutiny of the United Nations (UN) and its member countries over its alleged development of nuclear weaponry. The fact that the United States stands as the flag-bearer to the campaign aimed at slapping sanctions on Iran over arms embargo violations, serves only one of the many facets that make Iran an arch-rival to the world's superpower. However, the global narrative has undergone a swift shift and a newly emerging paradigm seems to entail many dilemmas for both the regional and global politics from this point onwards.

In 2015, Iran entered a ground-breaking agreement with the world's major powers that constitute the United Nations Security Council (UNSC): United States, Russia, France, United Kingdom and China. Germany was the only country in the 2015-agreement that is not a part of the UNSC. The agreement, also known as the Joint Comprehensive Plan of Action (JCPOA), emphasised the need for impeding nuclear proliferation in the Middle East region. The JCPOA appeared as a strong instrument to bar Iran from expediting its nuclear programme in return of massive financial relief and that too in the guise of loosening sanctions placed on Tehran. Despite meeting all the conditions, the U.S. regime started ruffling its feathers as soon as President Donald Trump ascended to the office in 2018 and decided to pull the US out of the JCPOA agreement. Subsequently, the U.S. subjected Iran to more sanctions, much to the dismay of the other five parties of the JCPOA agreement.

The UN-brokered arms embargo, however, expired on October 18, 2020, allowing Iran to legally enter transactions involving purchase and receipt of arms and militaristic equipment. Since the 1979 Revolution, historically speaking, Iran has been a significant threat to the U.S. In January 2020, for instance, a potential nuclear war between Iran and the U.S., in the wake of the assassination of General Qasem Soleimani, leader of the foreign wing of Iran's Islamic Revolutionary Guard Corps, who was killed in an airstrike by the U.S.

Such fears solidify the U.S. notion as the country still believes that the arms sales to Iran would breach UN resolutions regarding nuclear de-escalation in the Middle East. The United States has further threatened slapping sanctions over Iran as well as those countries entering an arms deals with Tehran. This account was proven to be true when the U.S. recently accused some six Chinese companies of dealing with the Islamic Republic of Iran Shipping Lines (IRISL). The companies were immediately blacklisted by the United States over security concerns.

However, the rise of Joe Biden to the U.S. presidency has rekindled the possibility of the resumption of U.S.-Iran ties as well as chances to revive the 2015 Nuclear Deal, which was later abandoned by Donald Trump. In addition to that, Trump administration imposed excruciating sanctions on Iran mainly by enacting credit embargos and nudging oil exports down to as low as 205 million barrels per day, which ultimately crippled the Iranian economy, created hyperinflation together with massive shortages of food and medicines. Joe Biden, however, provides a glimmer of hope for Iran due to some reasons. First, Biden was the vice president of the United States when the nuclear accord was signed in 2015. Secondly, During his election campaign, he emphasized a much-needed ‘Change of Course’ for better relations with Iran provided the country is seeking to work with the U.S. cooperatively and is willing to comply with terms of the 2015 Nuclear Deal.

Maintaining a contrary position, Iranian Foreign Minister, Mohammad Javed Zarif rules out any prospects of re-negotiating the terms of the nuclear accords. As per Saeed Khatibzadeh, Iran’s Foreign Ministry Spokesperson, Iran now holds the position of being a net supplier of weaponry in the global market and ensures the fair and responsible use of weaponry to other countries. Learning from its mistakes, Iran now stands self-reliant in its militaristic capabilities, meeting as much as 90% of the country's defence needs, says Amir Hatami, Iranian Defence Minister. These statements issued by the state representatives suggest that fact that Iran now holds a crucial position in the rapidly changing dynamics of Middle Eastern politics.

The deteriorating U.S.-Iran relationship, the mounting U.S. concerns and its simultaneous efforts to constrict Iran’s economic and militaristic capabilities have sparked a strategic partnership between Tehran and Beijing. China approved the 25-year $400 billion economic and security deal with Iran. Even before the embargo was lifted, Chinese and Iranian companies were allegedly found handling payments for the transfer of goods and services and that too without taking the U.S. into confidence. Chinese Foreign Ministry Spokesperson, Sao Lijian accuses the US of peddling arms and of interfering in the internal affairs of other countries to serve its geopolitical interests.

On the one hand, Joe Biden, the newly-elected US President, is now left with many a challenge to handle, such as the rapidly-surging Covid-19 pandemic, deteriorating U.S. economy and its troubled relations with Iran. On the other hand, Israeli remains a constant spoiler in the Middle East threat. ‘If Biden heads with the policy [RE-negotiating the Nuclear Deal with Iran], there will be, in the end, violent confrontation between Israel and Iran,’ says Tzachi Hanegbi, an Israeli politician and national security expert.

For the most part, the U.S. enjoys hegemony over world affairs, while China, being an emerging superpower, faces impediments in the form of debt renegotiations, pandemic-ridden disparity and regional volatility. Most importantly, it has to ensure strong ties with the Saudi Arabia, an arch-rival of Iran, as Riyadh is the primary oil supplier to China. Confronting a more resilient and self-assured Iran, the rise of Joe Biden to the U.S. presidency suggests that there would be a noticeable change in Middle Eastern politics.