The Pakistani nation celebrated when its sportsmen won medals at the Commonwealth Games. 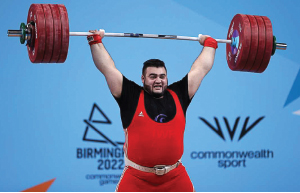 At the 2022 Commonwealth Games, Pakistan was awarded eight medals. They won two gold, three silver, and three bronze medals, improving on their previous Commonwealth Games 2018 record of one gold and four bronze. Dastigir Butt and Arshad Nadeem won gold for Pakistan. Nadeem’s accomplishment delivered Pakistan’s first athletics medal at the Commonwealth Games since 1966 and a first javelin gold, besting Mohammad Nawaz’s silver in the first tournament in 1954 and Jalal Khan’s second-place finish in 1958. Wrestlers and judokas earned Pakistan’s remaining silver and bronze medals. Only 68 athletes from Pakistan’s 220 million population competed, proving that sports are no longer a priority for the country.

Pakistan came on the international map on August 14, 1947, and its athletes immediately began showing off throughout Asia and the globe. Sports had become Pakistan’s sole positive news. Abdul Khaliq in athletics, squash superstar Hashim Khan, cricketers, and hockey players gave Pakistan a worldwide identity. Pakistan has won the Olympics and World Cups in hockey, cricket, squash, and snooker. Between 1982 and 1997, Jahangir Khan and Jansher Khan won every British Open in squash. In fact, Pakistan dominated squash for a long time, the hardest racquet sport.

Modern sports structures include sports institutions globally. But sadly, we still don’t have one after 75 years. Sports aren’t a burden on the economy or a barrier to progress; they’re a way to reinforce the socio-economic order. They strengthen the federation and promote peace and harmony amongst the provinces. Pakistan needs coaches, trainers, physios, sports psychologists, administrators, sports medical professionals and referees. The country’s poor sports situation should wake up the government and sports officials. 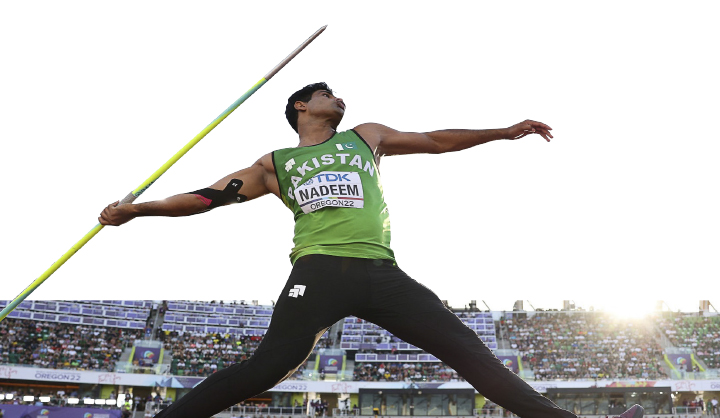 The last two decades have been especially painful. Pakistan won their last Olympic medal in Barcelona in 1992, the 1992 Cricket World Cup, the 1994 Hockey World Cup, and the 1994 World Snooker Championship. World Twenty20 in 2009, IBSF World Snooker Championship in 2012 and 2019, and ICC Champions Trophy in 2017 are rare triumphs. In recent years, practically all sports activities in Pakistan have declined. It’s not just luck or negligence; it’s a pattern. Pakistan’s squash dominance ended in 1997, five years after the country’s last Olympic medal. Since the 1990s, squash has had little to show. The older generation recalls the past with tremendous joy, whereas the younger generation simply has stories. Pakistan has had moments of brilliance because of individual drive, less competition from other countries, less interference from bureaucrats, and financial help from government departments.


The 1992 World Cup triumph in Australia opened the floodgates to restricted overs cricket. In other sports, a player isn’t recognized until he/she overcomes all obstacles on his/her own. Pakistani sports suffer from this. Arshad Nadeem, Aisamul-Haq Qureshi, Mohammad Waseem, Muhammad Inam Butt and Dastigir Butt are examples. We’ve also missed the reality that sports have progressed globally and game rules have changed drastically. Once an art, sports are now a science. Today we’re fighting with bows and arrows while our opponents use high-tech weapons.

Most crucially, we’ve overlooked athletics. We love cricket but, at our peril, we’ve disregarded sports generally. We can’t thrive in many sports, including cricket, without fit and swift sportsmen. Athletics requires little resources. Kenya and Ethiopia are distance-running powerhouses. However, in Pakistan, school, college, and university sports are at an all-time low, which is a sad reality. This is because there aren’t enough fields, the systems aren’t working well, and young people don’t care about sports because they have so many other things to do. This is why there aren’t as many students on national sports teams as there were in the past when most teams relied on them. Perhaps the worst aspect of this trend is that school officials no longer consider sports important. It’s a waste, say some. This is why students’ involvement in national sports teams is dwindling, compared to the past when most teams thrived on school, college and university representations. This educational deficiency adds to the intolerance that exists within our society.

Lamentably, Pakistan’s sports budgets are lower than Bangladesh’s and Sri Lanka’s. The government and commercial sector invests only in cricket. In old gyms and deteriorating sports grounds, Pakistani sportsmen decry outmoded equipment and training methods that leave them fighting against international counterparts who use new technology-based strategies. National sports federations can’t afford contemporary coaches. Our players are dissatisfied since most coaches are illiterate or have lack of knowledge and expertise. Without the infrastructure, much may be done, but without skills, no one wins. Athletes face harder circumstances. They have little family support. Many female athletes disagree that cultural barriers are falling for women. Most families of teenage girls tell them to stop playing sports, and those whose families support them face anger from the rest of the community. Students in schools seldom play a sport other than cricket, and elite athletes rarely compete overseas because cash-strapped national sports federations can’t afford to send them abroad. Pakistan fails to produce world-class athletes because parents insist on making their children physicians, engineers, civil officials, business people, IT professionals and cricketers.

Governments throughout the globe prioritize sports and education, invest in infrastructure, and promote advances in sports medicine so that their countries can compete on the international stage. When it comes to sports, India invests billions while Pakistan pays little attention to it. Only a few Commonwealth countries have serious international cricket competitions. Worldwide, there are institutions that support modern sports.

After 75 years, we’re still without a solution. Sports do not slow down or halt development; rather, they help maintain the established social and economic order. The federation is strengthened, and provincial unity and peace are fostered as a result.
To top it off, there is crass corruption and petty politics in the bodies that govern various sports. Funds and grants that come from the government or commercial institutions are simply siphoned away, leaving the sports persons bereft of any coaching or training facilities.

Just how unimportant sports have become in the corporate world can be judged from the fact that companies do not employ outstanding performers on the basis of their sporting skills anymore.

One leading bank is reported to have disbanded its cricket team because they thought nothing was being contributed to the bank’s corporate targets by sportsmen who were merely chasing cricket balls all day!

The writer has done his Masters in Defence and Strategic Studies. He can be reached at daniyaltalat2013@gmail.com