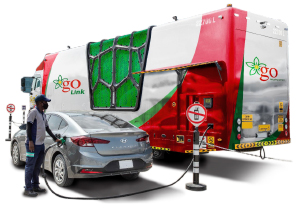 GO Pakistan will soon introduce goLink stations. These are mobile fuelling stations and will be available to all transport categories.

The goLink stations will significantly reduce the cost of providing a vital fuelling infrastructure in Pakistan due to reduced space requirements and significantly lower initial investment.

Each goLink mobile station will save approximately 500,000 litters of fuel for motorists along with 1,200 MTs of reduced carbon emissions every year.

The stations would be ideally suited to serve residential, commercial, and business areas as well as remote/seasonally busy areas with much needed motor fuels.

The GO goLink Stations will be equipped with various tank sizes with the ability to fuel up to four vehicles simultaneously, thereby cutting down on waiting time. The mobile stations will use the latest international design and safety standards and comply with standard fuelling regulations for petrol pumps and fuel distribution trucking. The goLink Stations will also be equipped with innovative digital systems - like digital payment options, access to the GO Card loyalty program, etc. - giving customers a new fuelling experience altogether.

The goLink Stations are expected to start operations within 2022 once regulatory approval process is completed. 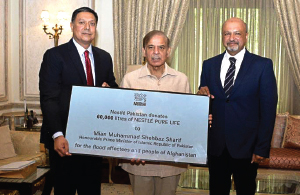 Waqar Ahmad, Head of Corporate Affairs and Sustainability, Nestlé Pakistan and Afghanistan, said, “Access to clean drinking water for those affected by flooding across Pakistan has become an issue. Nestlé has always been at the forefront in responding to the call of government of Pakistan for climatic and humanitarian disasters to help citizens in need.”

Nestlé Pakistan and NDMA have worked closely to carry out relief work for the people and the communities affected by natural calamities. Nestlé believes it has an essential role to play during times of crisis. 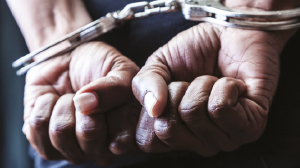 Indian police have arrested a “Robin Hood” gang leader of 25 merry men who robbed the rich and gave some of the loot to the poor.
Wasim Akram, 27, alias Lambu and his outfit robbed “big houses in posh areas in Delhi”, stealing cash and jewellery and giving some of it to the financially deprived. 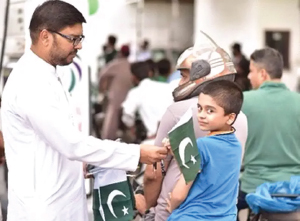 Cnergyico Pk Limited (formerly Byco Petroleum), Pakistan’s largest vertically integrated oil refining company, celebrated Pakistan Independence Day with patriotic fervour. To mark the occasion, the Company ran a nationwide marketing campaign to spread a message of optimism and positivity among Pakistanis, many of whom are facing various challenges on the social and economic fronts.

Commenting on the occasion, Mr. Azfar Saeed Baig, Cnergyico’s Vice President for Information, said, “Independence Day is not only a time of celebration but also of reflection. Pakistan’s founding fathers inspired a democratic struggle for freedom in which millions of people participated, and numerous heroes made tremendous sacrifices, eventually winning freedom. Now, it is our responsibility to serve this nation with integrity and support each other during times of need. At Cnergyico, we firmly believe that together we can make a difference.”

Through its campaign, called Azm-e-Pakistan, Cnergyico motivated people to do small acts of kindness every day, no matter how insignificant they might seem. 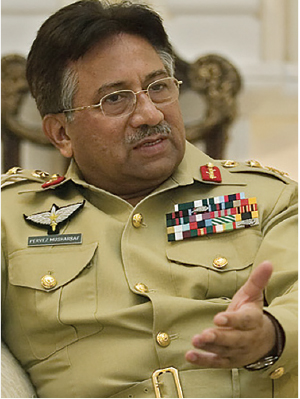 To coincide with the 79th birthday of General (R) Pervez Musharraf, the US award-winning magazine SouthAsia carried a comprehensive cover story “An Officer and a Gentleman” in its August, 2022 issue. 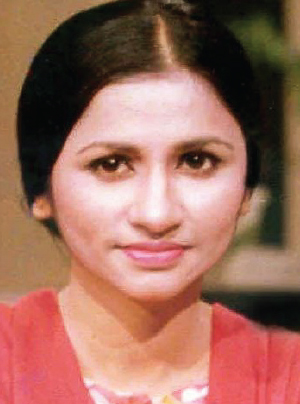 Nayyara Noor has left a gaping hole in Pakistan’s music world and the nation has only realized this after her demise.

This was stated by Syed Jawaid Iqbal, Chairman Board of Directors, National Academy of Performing Arts (NAPA).

Jawaid Iqbal said Nayyara Noor’s singing was a priceless treasure that deserved more recognition from all concerned quarters, including the government and art circles.

Nayyara started with Radio Pakistan, Lahore in the 70s and then moved over to Karachi Television.

Though she sang ghazals and nazams of all major poets, her rendition of Allama Iqbal’s and Faiz Ahmed Faiz’s poetry was incomparable because she applied her talent in a manner that was enjoyed by all age groups. 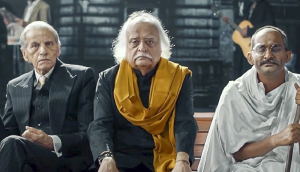 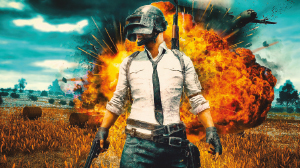 Youth is enslaved by online gaming. Games like PUBG increase the stress level and many deaths have occurred because of it in recent times. Recently a boy shot himself dead. In Fort Abbas, a young kid shot himself dead after his parents refused to buy him a smart phone for gaming. The boy committed suicide due to his addiction to PUBG. 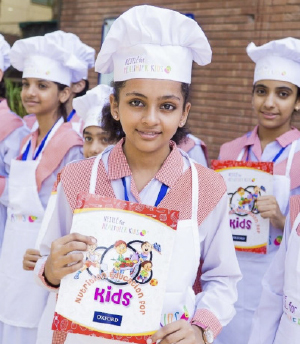 Nestlé Pakistan and the Punjab Workers Welfare Fund (PWWF) have collaborated to launch the Nestlé for Healthier Kids (N4HK) programme in 14 schools across Lahore, Sheikhupura, Warburton, Multan, Kasur, Faisalabad, Layyah, Muzaffargarh and Rawalpindi. The objective is to promote healthy nutrition by 2024. The programme will be training more than 500 teachers and will reach out to about 15,000 students.

Talking about the initiative, Waqar Ahmad, Head of Corporate Affairs & Sustainability, Nestlé Pakistan, said, “The N4HK program is part of our commitment to the United Nations Sustainable Development Goal (SDG) 3 of Good Health and Well-Being, to ensure that children understand the value of nutrition as they grow older. So far, the programme has reached about 285,000 children and 1,500 teachers, in Pakistan.”

The National Bank of Pakistan (NBP) and Pakistan International Airlines (PIA) have signed an agreement for “Employee Banking” for establishment of banking facilities for PIA employees.NBP will enable PIA employees to meet their financial needs through a wide range of assets and liabilities products under the preferred service mode.

NBP is presently offering a wide range of consumer financing products that include “Personal Loans”, “Financing against Gold”, “House Loans” and “Auto Loans”. The bank holds a lion’s share in the category of personal loans.

Down Memory Lane on FM 89

The City FM 89 radio channel celebrated Pakistan’s 75th Anniversary in a befitting manner. It ran a programme called ‘75Years of Pakistani Music’ featuring all the great Pakistani voices and their evergreen songs.

One could listen to the timeless melodies of Noor Jehan, Mehdi Hasan, Nusrat Fateh Ali Khan, Abida Parveen, Runa Laila, Farida Khanum, Ahmed Rushdi and so many others. It was a real trope down memory lane. 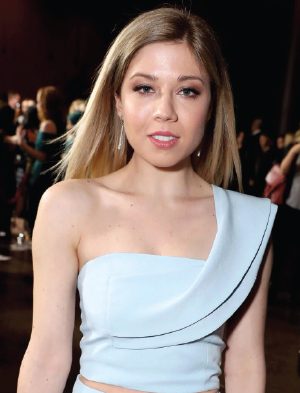 People are taking notice, as the book soared to #4 on Amazon’s best-seller charts (and #2 in memoirs), before the physical copy sold out on Amazon, Target, and Barnes & Noble. 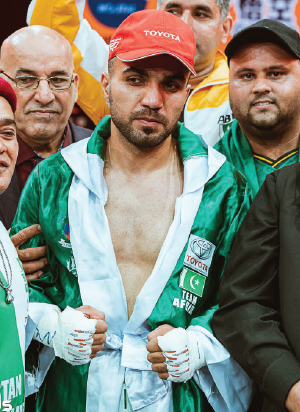 Pakistani boxing prodigy Shahir Afridi successfully defended his Asian Boxing Federation (ABF) Middleweight Champion title, knocking out his Indian rival, Israr Usmani, in less than two minutes in the first round. The fight was held in Bangkok. It was sponsored by Indus Motor Company (IMC) under its Corporate Social Responsibility initiative, ‘Concern Beyond Cars’.

The career of the 27-year-old Shahir took off in 2020. He got his Asian Middleweight Title in May this year against a Thai opponent and subsequently accepted the challenge from the Indian boxer to defend his Asian Title at the Asian Boxing Federation fight. This was Shahir’s first defence for his ABF title. He serves with the Rapid Response Force in Sindh Police. 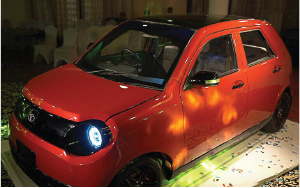 The car will be the first locally produced vehicle in its category. The EV has been designed and developed by Dice Foundation, a US-based non-profit organization run by expatriate Pakistanis in the US and EU with support from local academia and industry.

The charging time for the Nur-E 75 will be just under 2 hours, using a fast charging process from DC chargers. Slow charging will take around 7 to 8 hours from a regular 220V outlet.

Commercial production is expected to start from the last quarter of 2024, which means the car has a long way to go before it is seen on Pakistani roads. 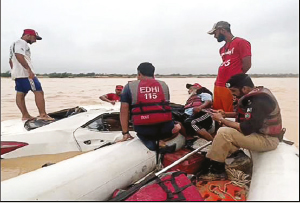 Six family members and their driver were travelling to Hyderabad from Karachi. Their car was swept away by a flood following heavy rains in Sindh. Their vehicle was later recovered as well as bodies of six persons over the next few days.