New big power interests are springing up in the Middle East, following visits by Presidents Biden and Putin. 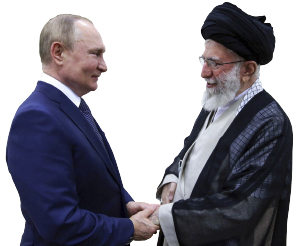 The Middle East is becoming a great attraction for superpowers. Makkah and Madinah are holy places for around two billion Muslims living in almost all corners of the world. It is a region blessed with natural resources, especially oil, and gas. The region is in instability and turmoil since the creation of the Jewish state of Israel in the heart of the Muslim world

Americans’ unlimited, unconditional, and illogical support has encouraged the state of Israel to opt for an aggressive attitude; it has kept on occupying Arab lands for almost seven decades. The State of Israel is a defaulter of UN, by not implementing the UNSC’s resolution of Palestine and crossing all limits of human rights violations.

The recent visit by the US President Joe Biden to the Middle East was aimed at strengthening Israel and facilitating it for further aggression. Unfortunate, his meeting with the Palestinian Authority was also arranged and he expressed his support for the two-state solution – one state for the Palestinians and another for Israel. His stopover in Jeddah was aimed at easing the supply of oil and controlling its prices in the international market. Although during his visit, oil prices dropped, but, it was an artificial and temporary phenomenon. A more sustainable energy solution is in the settlement of the Ukraine war, though the US is reluctant to seek a peaceful solution. Biden also met the GCC members in Jeddah and discussed matters of mutual interest.

The creation of the I2U2 Group was also the outcome of this trip. It is an alliance among diverse nations with highly diverse interests. However, the American interest was to gang up against China and Russia.

Iran’s visit by Russian President Putin was a reaction to Biden’s visit. Putin’s visit has strengthened Russia’s strategic partnership and cooperation with Iran and covers almost all domains. Both countries are a victim of American imposed sanctions and have found common ground in strengthening cooperation and collaboration. 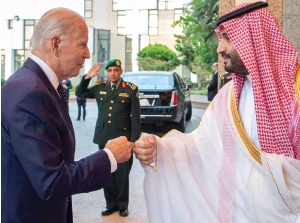 President Putin also met Turkish President Recep Tayyip Erdoğan. Although Turkey is a NATO member, but it is disgruntled and has faced many an embarrassment from the US. Based on common interests, Turkey and Russia are developing cooperation and collaboration further.

The region will be polarized and divided into separate blocks and weakened further. It may, thus, become an easy target for Israel and others. There existed some differences among Middle Eastern nations, but most of them are irrational and created on the basis of misunderstandings. There exists a severe lack of trust and lack of unity among them. Superpowers understand their weaknesses and are exploiting them for their own interests.

The Muslim ummah must understand this, forget differences and unite in the true Islamic spirit and teaching of the Holy Prophet (PBUH). There are 57 Muslim countries, which are blessed with enormous natural resources. Every fourth or fifth person in the world is a Muslim. Only unity and true Islamic values and spirit can restore their lost status. Muslims have ruled India for almost eight hundred years, and the Sultanate-e-Usmania (Ottoman Empire) ruled parts of Africa, Asia and Europe for almost six centuries. It is just possible to revive the lost glory through Islamic true path, as outlined by the Quran and Sunnah.

The writer is former diplomat, editor, analyst and non-resident fellow of CCG (Center for China and Globalization). He can be reached at awanzamir@yahoo.com