Of late, there has been a greater frequency of Indian aircraft landing at Karachi Airport. 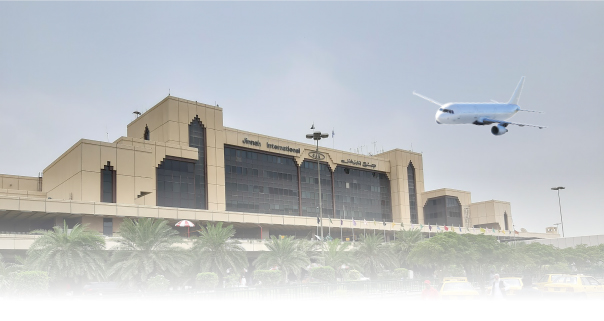 Since early July, there have been reports of Indian aircraft making emergency landings at Karachi’s Jinnah International Airport. On social media, this was described as a moment of betrayal and something out of the ordinary. Day in and day out passenger and cargo flights make unscheduled stops worldwide. What seems to be mysterious here is that somehow Pakistan’s current leadership is facilitating such instances for self-serving purposes.

On July 5, SpiceJet’s New Delhi to Dubai flight apparently faced technical issues, whereby it was diverted to Karachi. On July 17, IndiGo’s Sharjah to Hyderabad (India) flight was diverted to Karachi due to suspected engine failure. On August 15, a charter plane carrying 12 passengers from India landed at the Karachi Airport. The aircraft was apparently registered in the Marshall Islands.

There is understandable mystery surrounding these incidents. Why do so many Indian aircraft develop technical faults these days and then choose Karachi (located in a neighbouring country) as their destination. Why cannot they land at a convenient airport within their own country? There are so many airports in the region.

It us also surprising that when aircraft belonging to various Indian air carriers are so well-maintained and professionally looked-after, why do they develop faults so frequently?

This must have raised eyebrows in the defence setups in both India and Pakistan. Have the concerned quarters done anything about it?

Can the conspiracy theories making rounds be actually true? If one follows their gut feeling when reading a news story, such a conclusion would be quite acceptable. On the other hand, if one looks at the whole issue objectively and with the bigger picture in mind, this is what any mature leadership would do. Will a doctor look the other way if a person is dying?

Given the fraught relations between the South Asia powerhouses, especially after Indian Prime Minister Narendra Modi’s infamous move on India-occupied Kashmir in August 2019, along with the Pulwama incident in February 2019, it is understandable the so-called patriots would egg for an eye-for-eye response. However, on August 6, in the Arabian Sea near the Gwadar coast, nine Indian sailors were rescued by Pakistan Navy personnel and a Belgian tanker. Should such events be made into seeds of a hoax?

The government of Shahbaz Sharif is endeavouring to work with India on several issues. Regarding this, back-channel talks have been mentioned, which recently hit a dead end. This avenue of negotiations was taking place even in the previous government led by former prime minister Imran Khan. Thus it is safe to say that cooking up stories will only result in further chaos for the country.

One question arises, if the naysayers were to be correct why is China silent on such an issue? Given Beijing - during Khan’s tenure - honoured Shahbaz as the most trusted Pakistan official with respect to the CPEC, would not the country’s benefactor raise hell when the honouree is the PM. Even though China has boiling tensions with India, it keeps their working relationship intact via vibrant trade ties. This needs to be noted as since long India has been engaging the US in the Quad, which is a grouping that also includes Australia and Japan whose singular aim is to counter China and its increasing global clout.


Bringing into consideration the Shanghai Cooperation Organization, where both India and Pakistan have been accommodated by the Sino-Russian strategic vision, it is hard to imagine why the aircraft landings are a cause of concern? Any sort of instance which can act as a confidence-building measure should be taken in a positive manner. With respect to this, Foreign Minister Bilawal Bhutto Zardari is totally correct in pointing out the fact that India will always be Pakistan’s neighbour.

If any of Pakistan’s allies boost their dealings with India, should it automatically be taken as a stab in the back? Just a few days back, New Delhi increased its diplomatic presence in Kabul. Does such an event point to the fact that the Afghan Taliban are suddenly conspiring against Pakistan? Similarly, the Gulf states and Iran maintain top-level ties with New Delhi, again. Should that be an obstacle in longstanding bilateral brotherly ties?

What is happening in Modi’s India to Kashmiris, in particular, and to Muslims in general, is indeed very unfortunate and worrying. The current Indian regime will not listen to diplomatic pleas from Islamabad or for that matter any demands from the superpowers of the world. The regime can only be changed via democratic elections. The ruling fascists and their equally fascist supporters stand against an inept opposition leadership which neither has any chance of uniting nor has an inclination to do so. In light of this, any positive domino-fall should be seen as a path to peace. In this case, it’s a shot in the arm for the currently underground peaceniks that may help bring the issue of better ties with Pakistan as a bone of contention.

The world is a chessboard and over time the various players come and go. However, to beat the test of time and attain a true superpower status, the ups and downs need a pragmatic and realistic response. Pakistan has to maintain a positive standing amongst the polity of nations so why give away the game when cold peace is better than a cold war full of mistrust and ever increasing chance of unnecessary hostilities. The public buzz on social media seeks official answers. Do events like these warrant a response from the powers that be? Absolutely not!

After the uproar caused by the international hate newspapers about Islam, Bill Gates- the richest man in the world, silenced everyone and said:

“I do not want to see a hate of Muslims because of their sacrifice during Eid ul Adha. There are millions of animals killed daily in the restaurants of KFC, McDonald’s and Burger King. This is in order to feed the rich and earn a lot of money. While Muslims on Eid sacrifice these animals to feed the poor and give them free of charge food. Have we lost our minds?”

The writer is a freelance journalist based in Islamabad and a former Dawn and Times of Oman staffer. He can be reached at akhtarns@gmail.com