Gerrymandering and other manipulations, including tricks like fiddling with voters’ lists, could not be ruled out in Sindh. 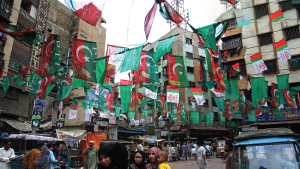 The Pakistan Peoples Party is firmly entrenched in Sindh for over a decade now and after a brief interlude, PML-N is back in the saddle in Punjab and apart from being the major partner in federal coalition. In the end, dynastic politics is back with full horror. With their decades of experience in wheeling and dealing, the thought of free, fair and transparent elections, be they for local government, bye-elections for National or Provincial Assemblies or even the General Elections scheduled for 2023, could be just a forlorn hope.

By the look of it, on top of gerrymandering and other manipulations, including tricks like fiddling around with voters’ lists, even use of violence - as happened during the recent local government elections in interior Sindh – could not be ruled out.
Karachi also suffers from a criminal under-count of its population which reduces its share in Parliamentary seats to about a third of total Sindh seats despite holding nearly 65 percent of the total Sindh population as a result of continuing economic migration to the city and its suburbs from other provinces as well as from the interior of Sindh. This artificially inflated ‘majority’ of Sindh Assembly seats in interior Sindh - apart from reducing Karachi’s share in the revenue - enables the Peoples Party to continue grabbing the whole province despite its scant political presence in Karachi. Rivalry and divided mandate of Karachi-centred parties also helps PPP.

Now, with the ouster of the PTI government, the Peoples Party seems to be flexing its muscles to regain at least some of its past and lost ‘glory’. Short of its actual performance record, the Peoples Party is sure to resort to all sorts of underhand tactics to achieve its objectives. Moreover, because of being the catalyst behind the change in the political setup, and with the major partner PML-N also depending on the Peoples Party for survival, the later is sure to use its leverage to secure additional seats in Punjab and at the Centre.

PTI had promised 2023 elections based on delimitations worked out after a fresh population census, which would have established Karachi’s population to be around thirty million instead of the sixteen million that the manipulated 2017 census shows. However, the ouster of the PTI government has placed this project at risk because PPP will surely impede this and PML-N will most probably coalesce.

The much-delayed local government elections in Sindh have finally started, with the first phase completed in interior Sindh on June 26, and the second phase, comprising Karachi, Hyderabad and Thatta, will now take place in August after the Election Commission of Pakistan’s (ECP) postponed the elections owing to prevailing weather conditions.

As for MQM-P, it once reigned supreme in urban Sindh, especially Karachi. However, having splintered into MQM-P led by Dr. Khalid Maqbool Siddiqui and MQM- Haqiqi under Afaq Ahmed, it is now just a shadow of its former self. However, efforts for reunification are under way.


Former Mayor of Karachi, Syed Mustafa Kamal - during whose time Karachi saw significant progress - has formed a separate party named Pak Sarzameen Party. Apart from Mustafa Kamal, Niamatullah Khan of Jamaat-e-Islami was the other Karachi mayor who had developed Karachi substantially. Unlike MQM-P and MQM-Haqiqi, PSP is not based on Mohajir ethnicity, and embraces all Pakistanis, which is the right thing to do, and which other MQM factions must also follow. After all, three-quarters of a century later and with the third generation of Urdu-speaking migrants clinging to Mohajir identity seems odd, benefits no one, and only creates alienation. That doesn’t mean the great injustice done to Karachi and Karachiites should be swept under the carpet. All this means the grievances of Karachiites should be taken up as grievances of all Karachi residents, irrespective of their ethnicity.

We saw the PPP and PML-N leadership which, apart from calling each other all sorts of names, had even sent to jail their rivals. But see how they have joined hands and are cooperating with each other for mutual benefit, like doing their best to defang the accountability process and to finish off near-maturity corruption cases against them. So, why can’t MQM-P, MQM-Haqiqi, PSP and Jamaat-e-Islami join hands, to better serve the people and to prevent Pakistan from becoming another Sri Lanka? 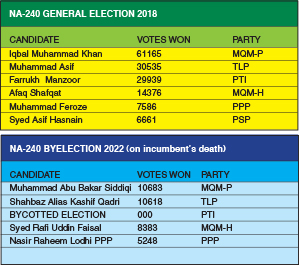 Let us look at the benefits of electoral alliances by comparing the results of the recent NA-240 (Karachi: Korangi 2) By-election with the General Election on the same seat in 2018:

The voter turnout was dismally low, 8.3 percent, because of having been adversely affected by violence during the NA-240 by-election, which resulted in one death and about twelve others wounded. The violence seems to have affected all candidates proportionately because they all show reduced number of votes.

The results also show that had not the PTI boycotted the by-election, and maintained an alliance with TLP, the MQM-P winner Muhammad Abu Bakar Siddiqui would have lost the election. So, in order to stay relevant, MQM factions, PSP and Jamaat-e-Islami must enter an electoral alliance which will benefit them all. 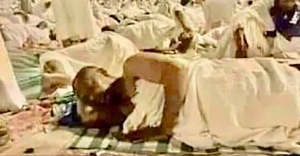 Haji “Alassane Ouattara” President of the Republic of lvory Coast.

He refuses to use state funds and travel allowances.

He even refused to get special privileges, which the Saudi protocol gives to the pilgrims kings and presidents of the world. He preferred instead to perform Hajj on his own.