A successful deal with the UAE could bring about a flow of roughly $1.3 billion without any terms contingent on the IMF, a massive relief for the embattled government of Pakistan. 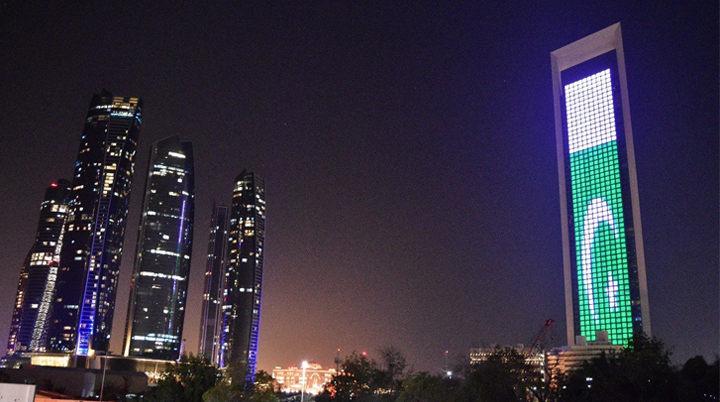 The financial misery of Pakistan is no surprise to anyone who sustained through the budget session. Even after three deplorable months of this new administration, the IMF deal is still hanging by a thread, the dollar reserves are continually depleting, and energy prices are rapidly soaring. The tax relief extended mere weeks ago has now vanished; no actual liberation to look forward to except for a few loan rollovers that hardly ever trickle down to the general citizenry of Pakistan. Amid this dysfunction, a ray of hope has emerged in the most unconventional avenues. In a surprisingly supportive bid, the UAE government has offered to buy a minority stake in publicly listed state-owned companies (SOEs) to lend additional funds to Pakistan’s cash-strapped regime. However, the typical power dynamics are again threatening to hamper the progress toward apparent stability.

Prime Minister Shahbaz Sharif requested a multi-billion dollar bailout package during his visit to UAE in April - literally his first month in office. Like other regional allies, UAE was hesitant to provide an additional loan after Pakistan failed to return a $2 billion loan acquired by former Prime Minister Imran Khan in 2019. While the loan was rolled-over in March, the Emirati state was ostensibly meandering away from extending further financing. However, the regime change in Pakistan altered the equation. The Sharif family has historically enjoyed cordial relations with the Gulf states. And Sharif's ascension to the premiership was seen as a route to relief by many political analysts. Humorously, the economic situation has instead worsened thereon. Nevertheless, verified sources confirmed that the UAE government has patently offered to buy a 10-12% share in blue-chip SOEs alongside a seat on the board of each respective company.

In this regard, Finance Minister Miftah Ismail stated: “There is a proposal from a friendly country to purchase Pakistani companies' stocks, which means buying secured loan-based securities." Currently, there are 20 public sector companies cumulatively owned by the civilian government and the military. The UAE government is offering to buy a minority share in these top-performing companies of Pakistan to extend funds instead of fuelling more leverage. Without a doubt, the offer would woo Pakistan away from the toxic borrower-lender model toward FDI-based financing. According to the budgetary documents, debt-related expenditures are already roughly three times the size of the federal budget of FY22-23. More loans would only add up to that burden in the long run. Meanwhile, this offer - if approved - will open up the Pakistan Stock Exchange (PSX) to international investment. This investment would not only stabilize the forex-deficient economy of Pakistan; it could also serve as a pivotal turnaround for the stock market - currently drifting as the worst-performing market in Asia.

The sources reveal that the top UAE sovereign funds - including the Abu Dhabi Investment Authority (ADIA), Emirates Investment Authority (EIA), and Mubadala Investment Company (MIC) - may seek exposure in profitable SOEs like the Oil and Gas Development Company Limited (OGDCL) or Pakistan Petroleum Limited (PPL). However, due to Pakistan’s heavy dependence on Oil Marketing Companies (OMLs), some policymakers are skeptical about national security issues related to foreign exposure in focal state infrastructure. According to official sources, some elements of the ruling coalition of Pakistan want to add a buy-back clause to the contract i.e. Pakistan could buy back the shares sold after a pre-agreed period. The bureaucracy is going one step ahead to impede the process under set provisions of the Privatisation Commission Ordinance 2000. Conflicting bureaucrats insist that a negotiated Block Sale of Shares of listed SOEs - even between government entities - lies beyond the scope of regulations that dictate a competitive bidding procedure for privatization.

The government of UAE could be irked by the dilatory tactics and would likely adopt a stark outlook if rejected. The Emirati is interested in bypassing the comprehensive procedure of privatization. Instead, sources reveal that the UAE government suggests hiring independent financial advisors to converge on share price and other related metrics. Analysts believe a successful deal could bring about a flow of roughly $1.3 billion without any terms contingent on the IMF. It would be a massive relief for the embattled government of Pakistan. Nonetheless, as by-elections are approaching and fissures between the governing coalition are broadening by the day, it is still too early to comment on the ultimate fate of this proposal. Ruefully, more time is a liability for the economic survival of Pakistan.