In South Asia, the legacy of caste system is largely responsible for poorer position of low caste people in all societies of the region. 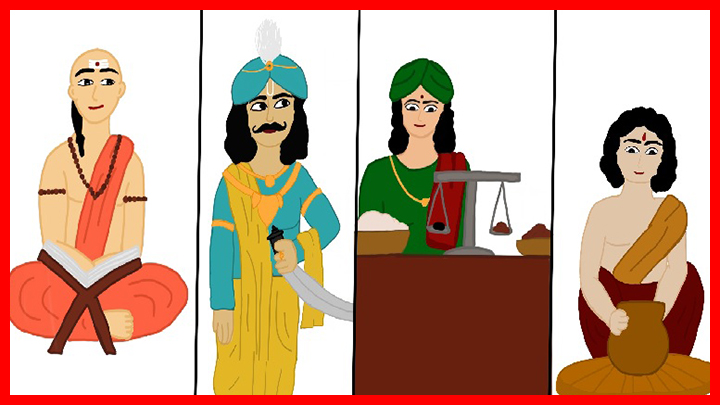 The word ‘Caste’ is very common and vital force of South Asian society and almost all countries of the region -India, Pakistan, Bangladesh, Sri Lanka, Maldives and Bhutan have adopted this traditionally in a similar way. In fact, it has nothing to do with particular religion or country, although, in the form of discrimination or feeling of high and low which not only organises every society, social organisation, but carry entire social fragments from one generation to another with mild/ visible changes have found it equally significant.

Over the centuries, decades and years governments of the day as well as sound traditions help it adjust as per need and requirements of the changing social life. The world governments alike, all South Asian governments have tried to adjust social disparity by affirmation action/reservation to avoid social tension and expand equal growth and development to all social segments without any further delay. In today’s perspectives it is totally illegal, unjustified and opposite to natural justice, at the same time prevalent similarly in Hindus, Muslims, Christian, Sikh and Buddhist, and even conversion of one to another give no relief as the converted is accommodated on the basis of his/her earlier belonging. It is a known fact about all that if lower strata of a society convert to another he/she will be placed in the same position and not in the upper strata of converted society. In most cases, caste, status and position in society is determined by birth and all other identities - social economic and political are tied to them on the basis of caste they belong to. As studies show the caste factor has a far-reaching impact on their overall position, wealth, education, representation in government and administrative services. Despite recent policy making and implementation by South Asian governments rarely 5 to 10 percent changes appear in social life where people in general hardly accept inter-change activities and all hopes depend solely on new generations.

With the coming of the Aryans into India, caste began with a hard and fast division between Aryans and non-Aryans. The Aryans formed one class and there was hardly any specialisation. They conquered the Dravidians and raised new problems relating to race and politics. Although the Dravidians too had a long background of civilization, Aryans considered themselves vastly superior and a wide gulf separated the two races. The caste divisions, originally intended to separate the Aryans from non-Aryans, reacted on the Aryans themselves, and as division of functions and specialisation increased, the new classes took the form of castes. Then there were also the backward aboriginal tribes, nomads or forest-dwellers. Out of this conflict and interaction of races gradually arose the caste system, which, in course of succeeding centuries, was to affect Indian life so profoundly. Probably caste was neither Aryan nor Dravidian. It was an attempt at the social organisation of different races, a rationalisation of the facts as they existed at the time.

Beginning of the System

The Aryans divided the caste system as four-fold varna system—the Brahmin, Kshatriya, Vaisya and Sudra, meant to correspond to the four functions of knowledge, defence, wealth and labour respectively. The Indo-Aryans developed a special organization that answered to the several needs of the people. The caste was a group system based on services and functions. It was meant to be an all-inclusive order without any common dogma and allowing the fullest latitude to each group. Apart from this, there was always a continuous process of new castes being formed as new occupations developed, and for other reasons the older castes were always trying to get up in the social scale. The Aryans like society, also divided the individual’s life in four parts: the first part consisted of growth and adolescence, the student period of life, the second was that of the householder and man of the world, the third was that of the elder statesman, and the last stage was that of the recluse, who lived a life largely cut off from the world’s activities. All the ancient law books stress that the chief function of the head of the state is its maintenance. The Shanti Prava declares that people can perform the duties pertaining to their castes and social order only if the state power backs them.

However, the position of the individual in this caste-ridden social order was far from satisfactory. An individual was only considered as a member of a group; he could do anything he liked so long as he did not interfere with the functioning of the group. It was not conducive to any development of individual initiative, adventure or striking out of new paths. He had no right to upset that functioning, it was open to him to form another group. In general, the villager considered the caste system as divinely ordained, docilely submitted to all its bans and taboos and passively accepted whatever status and function the ‘God created’ caste system assigned to him in the social and economic structure of the village life. In fact, his isolated social existence in the village, the frequent frustration of his efforts by forces of nature such as floods and droughts, reinforced by the grip of the caste system and of the authoritarian joint-family and by the religion–mystical philosophy drummed into his mind from the childhood, smothered the mental initiative, the experimenting impulse, the investigating urge and the rebellious mood of the villager for ages.

Notwithstanding its merits and demerits, the caste system stood on certain social formalities. It was a ladder from the highest to the lowest. While the highest caste contained God’s men and claimed the utmost reverence, the members of the lowest groups were so inferior as to remain secluded. Between the highest and the lowest, there existed numerous grades depending on the nature of caste profession. In such a system, the individual’s life and occupation were determined at his birth irrespective of his inborn qualities.

In today’s context, caste-based discrimination is a common issue of all countries of the world and more than 260 million people are bound to live their life in its sphere whose sources are as old as the system itself is having a history of millennia with strict social norms and traditions. From all accounts, it’s a gross violation of basic human rights as a result of which the people born into ‘untouchables, high or low caste and remain tied to the customs and traditions of that very caste where they took birth. In comparison to other regions of the world, it is most obvious in South Asia but similarly affected communities are found in some African countries and the middle East.

Universally, caste system is based on the principle that each caste has a fixed hereditary occupation by birth and it also separates one caste to another in practice and has been divided into sub-castes. Although, over the decades and years, the position of Dalits are almost similar, to some extent, it differs from region to region and country to country. Especially, in case of Dalits, while the issue is widely debated in India and Nepal, in Bangladesh and Sri Lanka no quota system exists for them. In Pakistan a 6% quota for government jobs for minorities has been reinstated but not yet implemented, while in Sri Lanka government has turned a blind eye in regards to caste discrimination assuming that a welfare state would eliminate all types of dissimilarities ailing the society gradually and provide social and economic benefits at large.

However, in contrast to India, Sri Lanka and other countries, in Pakistan and Bangladesh most Dalits belong to religious minority and are few numerically, but discrimination cuts across religions and regions. In India the report of Sachar Committee is enough to show the position of Indian Muslims in all walks of life. Likewise, the caste discrimination is also prevalent among the Tamil-speaking parts of the population, especially in the tea plantation. In recent past, the Dalits and its organisations of India, Bangladesh, Pakistan, Sri Lanka have approached human rights organisations at local, regional and national level and they all are supported by the organisation. The legacy of caste system in South Asia is largely responsible for poorer position of low caste people in all societies of the region.

Caste Fragmentation in the Region

India alike, where the caste system has been divided in four professional group called Varna, a popular term, which denotes a bunch of castes in that category, numbering a dozen or above. Most population of the South Asian countries belong to Hindu, Muslim, Christian, Sikh or Buddhist community. In Muslim Ashraf community is at the top which claims noble status as the original Muslims in South Asia because of their origin from Central Asian, Iranian and Arab ethnic groups, while in the second place is composed of Ajlaf, considered to be low born communities and understood to be converted from Hindu artisanal castes. At the bottom in caste hierarchy is the group converted from Dalit communities and termed as Arzal. In Sikh community the Jat-Sikhs are at the top and next to them are the converts of Hindu trading community and considered in the middle, while the lower caste Hindus, who are called Mazhabi Sikhs, are at the lowest. In case of Buddhism, it is on the verge of being casteless in India but In Sri Lanka and Nepal it too has its own caste hierarchy. In all countries/societies of South Asia caste system in recent decades and years due have normalized everyday interactions across caste groups to urbanization and education, several research and data collected on the basis of prevailing practice show the real picture despite favourable government laws and punishment provisions. Days ahead appear difficult as much needed to be done fairly in a transparent way on regular basis.

Dr. Rajkumar Singh is presently Professor and Head, Department of Political Science and Dean of Social Sciences at B.N. Mandal University, Madhepura (Bihar), India. He has written 20 books in addition to over 900 articles in national and international journals and daily newspapers from 25 foreign countries. He can be reached at rajkumarsinghpg@gmail.com