In Pakistan, uncontrollable population growth and poverty are the prime causes and the child labour is merely a consequence. 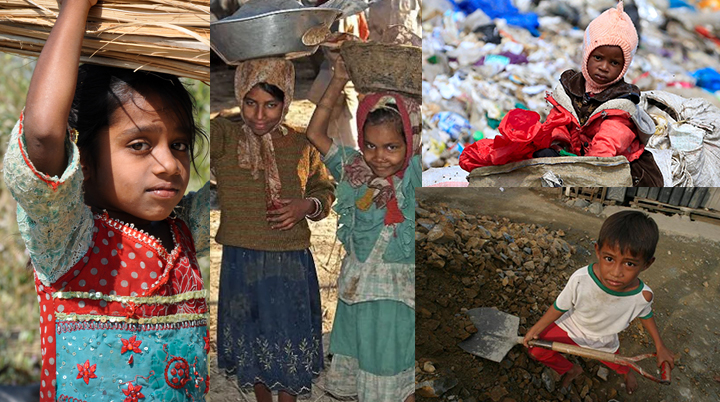 Not long ago, in the area of Taxila, district Rawalpindi, four cases were registered and legal proceedings initiated against the brick kilns owners for violating the Punjab Restriction on Employment of Children Act 2016. Indeed, this should be deemed as a constructive step towards the implementation of child labour laws in Pakistan. However, there is still a long way to save millions of children entangled in diverse forms of child labour.

Unfortunately, the ground realities are dismal and the situation is incessantly deteriorated with each passing year. According to some estimates as reported in a national daily, Pakistan has the third highest number of child labourers in the world after Mauritania and Haiti while a four-fold increase in child labour has seen in the country over the last two decades.

Kailash Satyarthi, an internationally-renowned children's rights advocate and activist against child labour who was also co-recipient of Nobel Prize with Malala Yousafzai, believes that the poverty, child labour and illiteracy together form a kind of vicious triangle. They are the cause and consequence of each other and one cannot be resolved without addressing the other.

Nevertheless, with intermittent population growth, there is no end in sight when it comes to curbing the child labour. About 4.4 million children are born every year while hundreds and thousands of them are forced into child labour and become street children.

It has something to do with the fact that more than a quarter of the population lives below the poverty line and this number is increasing with rapid population growth. The resources are limited, thereby more than 40pc of the population is facing moderate to severe food insecurity.

In these conditions, children of poor families are left with no other choice but to do something to feed themselves and their families. All such works or jobs are very low paying and in some cases are hazardous and dangerous to young children. Therefore, it is not incorrect to say that in Pakistan uncontrollable population growth and poverty are the prime causes and the child labour and illiteracy is merely a consequence.

According to the International Labour Organization, child labour deprives children of their childhood, potential and dignity and is equally harmful to their physical and mental development. To curb this menace, a multifaceted approach is required. The implementation of existing laws are utmost important, yet, until the root causes are not addressed the exploitation of millions of children will be a perpetual phenomenon.

Indeed, poverty alleviation and population control can be addressed through long-term programmes and policies. Every incumbent government takes efforts in this regard. However, at an individual level the curse of child labour can be controlled through sponsorship.

There is no dearth of affluent households who may successfully sponsor a child's education as well as provide employment or financial assistance to his families. The future of our children needs to be protected.

Imtiaz Ahmed is a freelance writer based in Islamabad. He can be reached at ahmedimtiaz2609@gmail.com