Russia has invaded Ukraine and has given the US and Europe a run for its money - but was the war really needed? 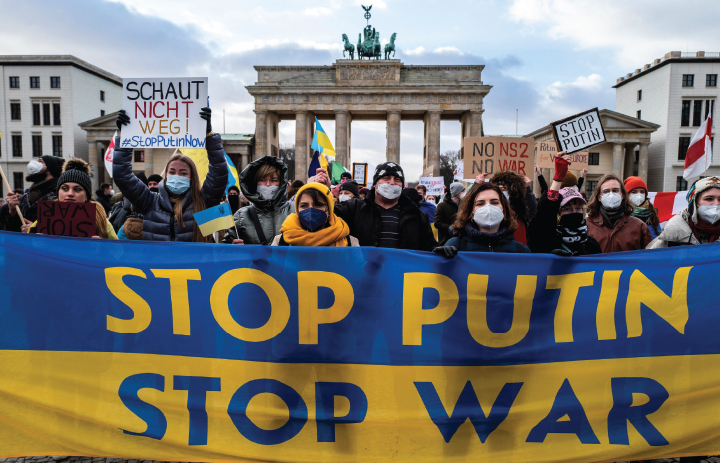 A war crime is a violation of the laws of war that gives rise to individual criminal responsibility for actions by the combatants, such as civilians or intentionally killing prisoners of war, torture, taking hostages, unnecessarily destroying civilian property, deception by perfidy, wartime sexual violence, pillaging, conscription of children in the military, genocide or ethnic cleansing, the granting of no quarter despite surrender, and flouting the legal distinctions of proportionality and military necessity. War is war. The only good human being is a dead one. A rusted Russian Iron Curtain may be descending on a vulnerable corner of Eastern Europe, lowered by a ruthless dictator trying desperately to undermine Western democracies and restore a lost empire. Ukrainian President Volodymyr Zelensky, a Jew whose parents and other relatives were swallowed in the Holocaust, begged the West to help his beleaguered country as the Russians swept in. He used tactics that are a throwback to the bloodiest century in history of powerful dictators like Stalin, Khrushchev, Brezhnev, Hitler, Mussolini, Franco, Tito, and Milosevic.

It’s heartrending and there’s little that can be done to combat the scourge of one tyrant and that person’s state of mind without going to war; months of diplomacy failed. What’s happening in Ukraine at the behest of one man who may be out of control should be a warning and a lesson to the Americans about whom they elect to lead them. The causes of this conflict are systemic, which means that others, in addition to Putin and his cohorts, must share responsibility for the current violence. The eruption of violence in this case should not have come as a surprise. Imperial systems produce violent conflict as a regular product of their operations.

Often, subject people rebel, inciting imperial leaders to repress the dissidents, and enticing competing empires to come to their support. Often, empires challenge each other’s right to rule, particularly in disputed boundary areas – a form of competition that has produced both proxy wars and world wars.

Ukraine is a prize in the competition between the American empire, assisted by its European junior partner, and Russia, morally supported by its Chinese ally. There are many historical analogies to this situation, some of them quite frightening. For example, the competition over independence-seeking Serbia between the Austro-Hungarian empire, supported by imperial Germany, and the Russian empire, supported by Great Britain and France, led directly to World War I. Of course, empires do not always assert their interests by going to war.

Negotiations can be used to settle disputes, at least temporarily, even if the system as a whole tends to generate mass violence. 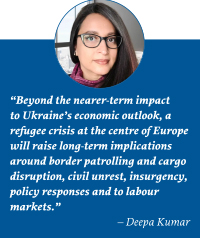 The quasi-ideological underpinning of this ambition was the belief in the emergence of a US-led unipolar world that did not countenance any sphere of influence, security or economic, by a rival power. For almost three decades, the US has enjoyed unprecedented economic and military preponderance globally. This propelled the expansion of Nato to the doorsteps of Russia, taking advantage of the desire of the East Europeans themselves even though in contravention of the reported verbal assurance given to Moscow at the time of the reunification of Germany. The US challenged Russia in the Middle East and organized the Quad enlisting Japan and India as partners in a wider Indo-Pacific strategy. The economic rise of China and signs of a resurgent Russia are viewed as a threat. Nonetheless, uni-polarise was inherently destabilizing in a world moving towards multipolarity. On the other hand, the Russian invasion displays utter disregard for UN Charter principles and international law. Russia faced no imminent threat to justify its action which is a fatal blow to aspirations for world peace based on principles, diplomacy and discourse among states. President Putin should have exercised several other less egregious options short of armed aggression against Ukraine.

The United States and Europe have reacted with the most stringent economic sanctions, including the scuttling of the mega Nord Stream Gas pipeline from Russia to Germany, and steps to buttress the security of the eastern flank of Nato and support to Ukraine. Even if the security dimension remains confined to Central Europe and Ukraine, the global economic map will change with new walls blocking the erstwhile free flow of dollar-based finances and trade. This portends a new world order in which so far the United States appears to have a strong position. Europe has pulled together behind the United States as never before. Beyond the European theatre which will now demand greater attention on the part of the United States, the US capacity for proactive security initiatives elsewhere, particularly in Asia-Pacific, will diminish. This will increase comfort space for China. There are some diplomatic initiatives to arrest the conflict although their prospects remain clouded or unclear. Israel is trying mediation. Turkey offered a venue for talks between the Russian and Ukrainian foreign ministers. The talks reportedly discussed the resulting humanitarian crisis. Exploiting men on earth is diabolism.

Every war when it comes, or before it comes, is represented not as a war but as an act of self-defence against a homicidal maniac. In substance, Russia demands nothing short of total surrender, while Ukrainians who are putting up remarkable resistance ask for a ceasefire and Russian withdrawal. There is a faint hope that Moscow may be content with Ukrainian neutrality and firm assurances that Nato will not further expand. Perhaps China, given the congruence of its interests with Russia, especially in Central Asia, together with some EU countries, can play a role. For any solution, however, Moscow will have to abandon its desire to absorb the entire or parts of Ukraine and replace the elected Ukrainian government. Washington will have to suppress its impulse to retain unipolar world hegemony.

The writer is a legal practitioner and columnist. He tweets @legal_bias and can be reached at shahrukhmehboob4@gmail.com