Music of the Mountains 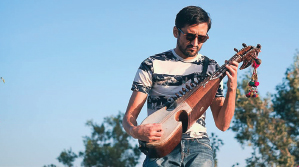 Irfan Ali Taj has released his debut album, Mahal. It was recorded and produced at A for Aleph Karachi as part of their residency program. According to Irfan, the founder of A for Aleph, Umair Dar, invited him and this led to the creation of the songs followed by their composition and recording.

Interestingly, the language of the album is Khowar, a dialect spoken in Chitral and Gilgit Baltistan. For nearly seven years, Irfan Ali Taj has been composing original folk music.

It is his vision to take his regional language and spread it across the world through his music. To achieve the goal, the album titled ‘Mahal’ was produced for a worldwide audience. Irfan has merged the elements of Blues, Jazz and Folk, producing a distinct musical experience for listeners. 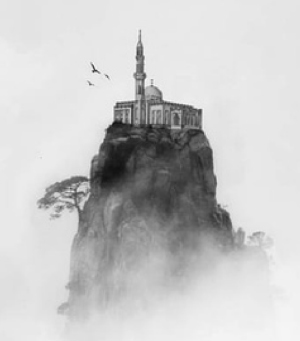 Indeed, such an experiment requires dedication, hard work, and a vision to know what kind of music will have an impact. Such a venture is not possible without teamwork. Irfan acknowledges the support of Anas Alam Khan and Aziz Kazi. They shared their insights in arranging the songs for the album. They provided the album with a unique sound because of their musical experience and the exposure they had under their belt. Irfan is also thankful to Zahra Hassan Shah for designing the artwork. Aziz Kazi played the drums and flute and Anas Alam Khan made the composition and arrangements and played the guitar (Electric, Baritone and Acoustic).

Mahal, the first-of-its-kind music album released in Pakistan, is expected to create ripples in the country’s music industry. It is through such new talent and experimentation that musicians will produce exclusive songs.

The songs have an individual tone because of two factors. First, Irfan’s vocals that are soothing for the listener, and second, the presence of flute and sitar – an element of folk music embedded into the composition.

There is a calming quality in the songs. Echoing the music of the mountains, the songs begin slowly but gather pace as the vocals begin. The songs include Ta Khayala, Phik Biko, Khoshan, Passum, Royane and Chui Anos. They resonate with a touch of Sufi music blended with the essence of folk music and modern beats and tunes.

Adding Jazz is a concept not followed at the broader level in our music industry as it resonates with Western compositions.

However, Irfan kept a fine balance of Western and Eastern tones.

Mahal may open new vistas for the people and, in the process become, to some extent, acquainted with the Khowar language.