Instead of fighting wars, India and Pakistan should settle their disputes through serious talks and develop the region. 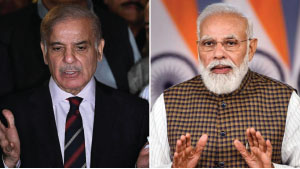 India-Pakistan relations have remained complex throughout history. These two countries have fought numerous wars since their independence. Three wars took place mainly in 1947, 1965 and 1971. Also, there was an unofficial Kargil conflict in 1999. Analysts are now speculating about the revival of ties between India and Pakistan. The imperatives behind improving ties are important.

When Shahbaz Sharif took over, he talked about improving relations with India. Political commentators also predict a breakthrough in Kashmir dispute. The Pakistan Army Chief has also expressed his thoughts. He said that the military would certainly back the government’s initiative to mend the broken relationship with India.

What could possibly slow down the improvement of relations with India is not possible without the resolution of the Kashmir dispute. Kashmir is the most complicated issue between India and Pakistan, and both countries have fought three wars over the years. Pakistan affirms that there must be a referendum to decide whether Kashmiris want to stay independent or with India. Nonetheless, India holds the view that Kashmir, Jammu, and Ladakh are an integral part of India. So far, a referendum seems almost impossible and talks and negotiations are the only way to end hostilities.

India and Pakistan share deep historic, cultural, linguistic, economic, and geographical links but their relations have always remained mired in difficulties because of the political and historical events. Their relations can be defined mainly by the violent Partition of the subcontinent in 1947, the Kashmir conflict and numerous armed conflicts. The Partition witnessed the largest human migration ever and led to massacres along the whole region. Around one million lives were lost and an estimated 12.5 million people got displaced. Consequently, India emerged as a secular nation with a Hindu majority population and Pakistan became a Muslim majority state.

Both countries have experienced various phases of hostile and friendly relations under diverse administrations. The relationship needs careful handling, cooperation, mutual understanding, and talks on a regular basis to keep it smooth and less hostile. Other than the Kashmir conflict, some other major issues between India and Pakistan include the water dispute, border issues and terror disputes. All these conflicts lead to the loss of life and infrastructure on both sides of the border.


After taking power, Shahbaz Sharif openly desired peaceful and cooperative relations with India. Indian Prime Minister Narendra Modi also said that India desires a region free of terror with peace and stability in the whole region. So that we can focus on the challenges related to the development and well-being of the people. Shahbaz Sharif said the peaceful settlement of disputes like Jammu and Kashmir was crucial and the development of peaceful relations without it was not possible. He has also highlighted the sacrifices made by Pakistan to fight terrorism and emphasized the socio-economic development of the people.

The government of Imran Khan had no clear-cut policy towards India which allowed the Indian government to revoke the special status of Jammu and Kashmir and Pakistan watched everything helplessly. It is expected that Pakistan will now fashion a new policy and will also push India to restore the special status of Jammu and Kashmir. An indication also needs to come from India that it wants to start peace talks with Pakistan. Peace talks can only be initiated and continued successfully if cross-border terrorism is stopped from both sides. Kashmir isn’t the only issue; Pakistan also needs to mend its ties with the United States. China is also expecting to further improve its relations with Pakistan. Shahbaz Sharif played a key role in pushing the China-Pakistan Economic Corridor (CPEC) project.

India and Pakistan need to distinguish between the existential and outstanding issues that are threatening the region. There are many countries around the world that have disputes with their neighboring countries. These issues range from administrative to political, ideological, territorial, environmental and economic problems. Most countries manage and resolve these disputes through dialogues and negotiations; they don’t resort to violent practices nor wage war to resolve their issues. It’s time that both India and Pakistan learn from the experiences of these countries and try to adopt peaceful practices. Pakistan must focus on its existential issues as its economy is collapsing. Improved ties, connectivity and trade with India can also help Pakistan to stabilize itself.

Improvement of ties between both countries can certainly provide mutual benefits and the economic perspective cannot be understated. Trade can help both countries to provide connectivity to both sides, fight inflation, and prevent the scarcity of essential goods. Travel and trade linkages can enhance the economic and physical security of the state and society. This is a great opportunity for both countries to improve their bilateral relations and even enhance political security.

The writer is a researcher. She holds Masters in Peace and Conflict Studies and can be reached at aneezaamaham@gmail.com