‘Pakistan Army and all such institutions should play their constitutional and legal role in accordance with the law’.

Pakistan Foreign Minister, Bilawal Bhutto addressed a news briefing at the UN Headquarters in New York recently. Following are some questions and answers from the briefing. 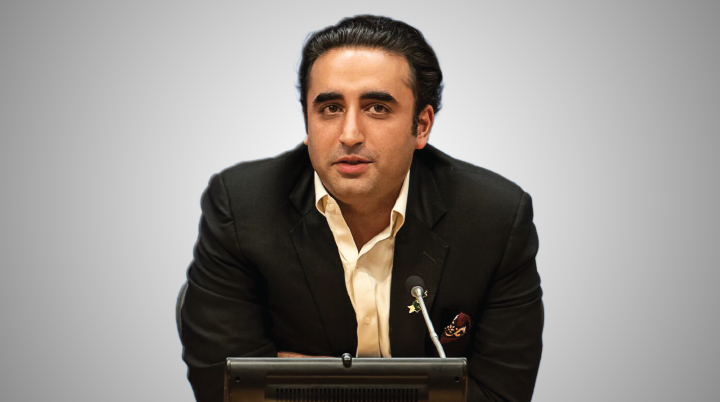 Because of a trip to Moscow by the former prime minister, there is a wave of disappointment in Europe and America for not condemning the Russian invasion. Where does your government stand and how are you going to make a rapprochement towards this policy?
About the former Pakistan prime minister’s trip to Russia, I would absolutely defend the prime minister. He conducted the trip as part of his foreign policy and without knowing that no one is psychic and no one has a sixth sense; there’s no way we could have possibly known that that would be the time [when] the current conflict will start. And I believe it is very unfair to punish Pakistan for such an innocent action. Of course, Pakistan is absolutely clear as far as principles of the United Nations, including that of non-use of force and we stand by these principles. We do not wish to be part of any conflict. In fact, we will continue to emphasise on the importance of peace, dialogue and diplomacy to resolve this conflict as soon as possible. And we will certainly not take any side or take the side of any aggressor within this context.

What do you think of the reputed nemesis of Pakistani democracy, especially of the PPP, and what is your considered opinion about the military establishment, considering your current position?
Nemesis is not the word that I would use. The Pakistan Army is not the army of any one political party; it is a national institution which belongs to each of us. It has always and consistently been the view of the Pakistan People’s Party and it is in our manifesto that all such institutions should play their constitutional and legal role in accordance with the law. That’s why we’ve consistently advocated for them to be apolitical and the success of the No-Confidence Motion in Pakistan, the first time a democratic constitutional procedure has been used to oust a prime minister, unlike in the past where only unconstitutional and undemocratic moves were deployed, it is a success of democracy and an achievement of the Pakistani Constitution; it goes a long way in speaking about the progress that has been made by Pakistani institutions. Obviously, nothing happens in a vacuum and this one achievement does not wash away the effects of undemocratic steps that have occurred in our history.

Do you feel that when the U.S. forces withdrew from Afghanistan, they left a vacuum for terrorism in Pakistan?
We are concerned that if the humanitarian crisis remains unaddressed, if 90% of the population of Afghanistan is on the verge of going below the poverty line, and if the Afghan economy is allowed to collapse, then things will go from bad to worse. Terrorism in Afghanistan is a concern of all countries in the region and for international forces. We are all concerned as to whether the new regime in Afghanistan has the capacity or the will to deal with terrorist groups. We are looking to the Taliban regime that they will live up to international obligations and one such obligation is to ensure that no terrorist activity would take place and Afghan soil would not be used for terrorist activity. We are hoping that the Afghan regime would do whatever they can to discourage terrorist elements and we are also working with the international community to help alleviate the humanitarian and economic crisis developing in Afghanistan. 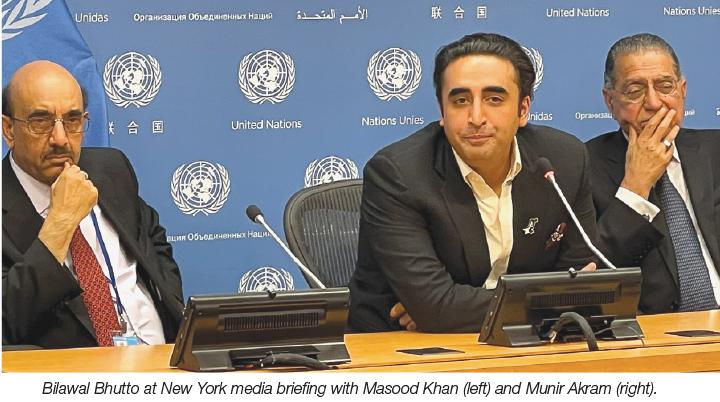 How do you characterise the policies of your government regarding the struggle of the Kashmiris and the Palestinians?
There’s been consensus across the political spectrum in Pakistan and we are unanimous in our support for the people of Kashmir and Palestine. We just spoke at the United Nations Security Council where we observed that the occupied territories of Palestine as well as Indian-occupied Jammu and Kashmir face the misery of a never-ending, perpetual conflict that results in many miseries, including hunger. We believe that we must continue to highlight the plight of the people of Kashmir and Palestine. We recently witnessed the assassination of a Palestinian journalist at the hands of Israeli forces. The journalist was wearing a press identification card but she was still shot in the neck and the fact that her funeral was also attacked, really shook the international community in a way that many events have been unable to do in modern times. The plight of the people of Kashmir, more often than not, goes unnoticed which is why there’s an extra burden on the Muslim community to speak out for our brothers and sisters who cannot do so effectively for themselves for one reason or another.

The Taliban claim that they have brokered an accord between the Pakistan government and the Tehreek-e-Taliban Pakistan (TTP). Can you please elaborate about this?
Tehreek-e-Taliban Pakistan (TTP) has a very troubling history of the way that they have conducted themselves within Pakistan and their terrorist activity has been the most significant challenge for Pakistan. The TTP is behind the biggest, the most devastating terrorist attacks that took place in Pakistan whether it is the attack on the schoolchildren of the Army Public School in Peshawar or whether it’s the attack on my mother, Shaheed Mohtarma Benazir Bhutto. Pakistan has, at different times, tried various approaches to deal with terrorism. We go after those who commit terrorism and pursue those involved in terrorism. We’ve also had a policy of engagement and we’ve seen in the past that the policy had had limited results. I am monitoring the situation and I hope that, unlike the past, if there are any dialogues going on right now that might bear fruit, it is important to emphasize that we must insist on the new regime in Afghanistan that not only their own soil will not be used for terrorist activities but groups like the TTP that are linked to the TTA and other such terrorist groups, are also discouraged by the new regime in Afghanistan from conducting terrorist activity anywhere else.

The International Migration Review Forum has recently raised its concerns about the rise of a threat in Afghanistan and the ensuing wave of migration from Afghanistan to Pakistan. How concerning is this for Pakistan and how should the international community engage the Taliban regime?
The issue of refugees and migration is a sort of hot button topic in countries across the world, particularly given the events in Afghanistan. It is most certainly a fear for us and for all neighbouring countries. We do fear the possibility of the floodgates opening to a massive refugee crisis like we’ve seen in the past. As the humanitarian and economic situation in Afghanistan worsens, the threat and likelihood of this happening increases. Pakistan is working hard to assist in the humanitarian crisis and encourage the international community to engage with Afghanistan in order to avoid the looming humanitarian crisis in Afghanistan and to stop a total collapse of the Afghan economy. Surely, if 90% people of Afghanistan are on the verge of going below the poverty line, it not only has consequences for Afghanistan, but it also has dire consequences for Pakistan and the rest of the world. One of these manifestations would be in the form of refugees and migrants.

The Taliban have recently rolled back all the sanctions that were imposed on women in terms of their dressing and education. What position does the Pakistan government convey to the Taliban on that matter?
The Pakistan government is very clear in private and in public that we convey to the new regime in Afghanistan that they must live up to the international commitments to the right to girls education, or their international commitment to not allow Afghan soil to be used for terrorist activity as well as their commitment to form a more inclusive government setup. As far as the specific question of women’s rights is concerned, the previous government may have had its own approach. But as the Foreign Minister of Pakistan, when I emphasise on the importance of women’s empowerment and rights, it is within Western-imposed construct. We believe that women are given rights by Islam and the right to education for women is granted by Islam.