Cementing bilateral ties as well as opening up wide windows for trade and business between Pakistan and Nepal has immense potential for both countries. 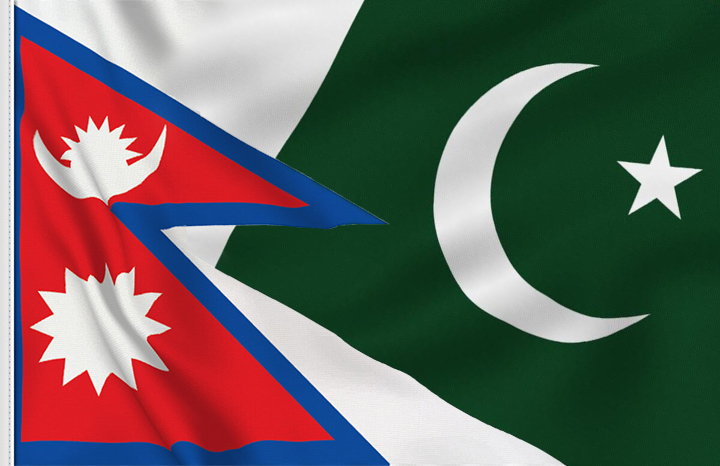 Most bilateral relations in the South Asia region, including those between Pakistan and Nepal, are vulnerable to a massive influence exerted by India in the region. After the independence of India from British rule in 1947, Nepal maintained diplomatic relations with India, but not with Pakistan. Nepal and India signed a Treaty of Peace and Friendship in 1950, establishing a broad economic, strategic, and defense partnership. Following a protracted period of indifference, Nepal and Pakistan established diplomatic ties in 1960. Since then, bilateral relations between Islamabad and Kathmandu have grown stronger, spurred by mutual understanding and cooperation.

For Pakistan, various factors increased Nepal's strategic importance. In 1960, as India-US ties grew, Pakistan began engaging more with smaller countries of South Asia. During that time, both Nepal and Sri Lanka saw growing involvement with Pakistan. Another key aspect was geography since the erstwhile East Pakistan was largely surrounded by Indian territory and shared a tiny portion of its border with Nepal, thus maintaining cordial good relations with Nepal were critical for Pakistan.

"Nepal is to Pakistan what Afghanistan is to India. Nepal's proximity to East Pakistan and the crucial states of Sikkim and Bhutan, as well as the province of Assam with its Naga and Mizo freedom fighters, places Nepal high on Pakistan's foreign policy calculations," according to former Pakistan Prime Minister Zulfikar Ali Bhutto.

After its creation in 1947, Pakistan was deeply concerned about its internal and domestic difficulties. Because of Nepal's King Tribhuvan's inclination to India, Pakistan's previous attempts to engage with Nepal were unsuccessful. In contrast, King Mahendra, Nepal's successor to King Tribhuvan, wanted to establish ties with neighboring neighbors to minimize Nepal's reliance on India.

Under his leadership, diplomatic ties between Pakistan and Nepal improved significantly. Although Nepal remained neutral throughout the India-Pakistan war of 1971, it soon recognized the newly-independent Bangladesh, pushing Pakistan to break its diplomatic ties with Kathmandu, which were later re-established.

Political talks between the two countries are largely held at SAARC summits while bilateral trips are uncommon. However, Pakistan's former Prime Minister Shahid Khaquan Abbasi paid a bilateral visit to Nepal after a two-decade hiatus. During this visit, he highlighted the  significance of China's BRI and CPEC projects and also put emphasis on furthering Nepal-Pakistan's bilateral relations. On the Foreign Secretary-level, the most recent political talks between Pakistan and Nepal took place in Islamabad in February, 2020. The conference was originally set for 2019, but Nepal cancelled it due to escalating India-Pakistan tensions.

As tensions between India and Nepal have grown due to a variety of issues, Pakistan and China are using the opportunity to strengthen their connections with Nepal. India must tread carefully in engaging Nepal, whose growing ties with China and Pakistan do not augur well for India's interests in the region. Anti-Indian sentiments have long been used by Nepal to boost its political position.

It was utilized to strengthen Nepal's identity under King Birendra's reign, and a similar connection may be drawn under the current system, when India's increasing influence on smaller neighboring countries is seen with distrust and concern, drawing on the Gujral Doctrine. K.P. Oli, Nepal's current Prime Minister, is known to have a pro-China approach. As the China-Pakistan connections grow, India needs to regain the trust of its smaller neighbors in order to outperform China in its traditional region of influence.

In 1983, the Nepal-Pakistan Joint Economic Commission was formed to improve commercial and economic cooperation between the two nations. Still, there is a lot of room to improve trade and commerce partnerships. Pakistan has made significant investments in Nepal's textile, tourism and banking sectors through joint ventures. In 1996, the Federation of Nepalese Chambers of Commerce and Industry and the Federation of Pakistan Chambers of Commerce and Industry formed a joint business council. In 2009, a tourism cooperation agreement was struck. Collaboration on academic and cultural levels is also being used to improve bilateral ties between the two countries. After the MFN trade protocol was signed in 1962, both nations inked trade agreements in 1982. Both countries also support the South Asian Free Trade Area (SAFTA) and the South Asian Economic Union (SAEU).

With a total trade volume of about US$ 4.8 million, Pakistan exports $1.631 million worth of commodities to Nepal, whereas Nepal exports $3.166 million worth of goods to Pakistan. Pakistan and Nepal can work together to revive the SAARC, which has been an inactive platform for a long time because of increasingly hostile relations between and India and Pakistan.

Pakistan also provides financial aid to Nepalese students seeking higher study in Pakistani universities. Other than furthering business ties, both countries have also begun to deepen their military ties in recent years, with Nepal acquiring arms from Pakistan. Between 2004 and 2006, the Nepalese monarchy was condemned by India, the United Kingdom and the United States for repressing democracy. To stay in power and fight the Maoist insurgency, Nepal's monarchy developed military cooperation with China and Pakistan, which provided extensive military support, arms, and military equipment to Kathmandu.  Nepal has received medium-tech weapons both from Pakistan and China. In a word, cementing bilateral ties between Pakistan and Nepal has immense potential for both countries.

Dr. Malika-e-Abida Khattak, based in Lahore, is an educator and researcher. Her area of interest is diplomatic relations within South Asian countries. She can be reached at drmalikeabidakhattak@gmail.com