The world must follow Bangladesh’s footprint of providing humanitarian aid to Afghanistan. 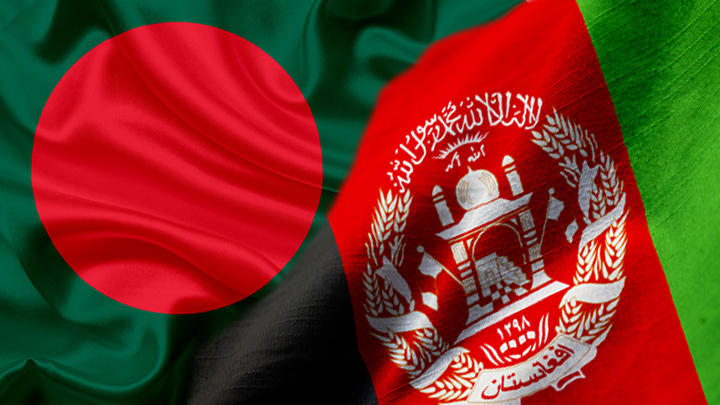 As unemployment and poverty grip people in Afghanistan, the world's leading economists warn that the war-torn country could face a catastrophic disaster if prompt action is not taken by the global community. According to the Integrated Food Security Phase Classification (IPC), the humanitarian food assistance to Afghanistan is likely to drop from 38% to 8% and, therefore, the international community must use an effective and practical way of ensuring financial aid to Afghan people.

As the situation currently stands, millions of people in Afghanistan are on the verge of humanitarian disaster if financial aid is not provided to them immediately, says the United Nations World Food Program (WFP). In Afghanistan, at present, millions of people are facing a food shortage and the country is in the midst of a looming humanitarian crisis. Afghanistan's economy is completely reliant on foreign assistance, accounting about 40% of the country's GDP.

Foreign aid to Afghanistan has almost completely stopped since the Taliban took control of the country in August, 2021. Prior to the Taliban's ascension to power, financial assistance from the world's leading aid agencies– including the World Bank, the International Monetary Fund, many foreign governments, and humanitarian organizations – accounted for about 75% of Afghanistan's public expenditure budget. In a crisis that has worsened substantially since the United States withdrew its military forces in August last year and ended two decades of military presence in Afghanistan, an estimated 19 million Afghans — roughly half the population — are facing serious food insecurity, reaching critical levels now.

According to the World Food Programme, about 20 million people, or roughly half of the country's population, are food insecure. Drought conditions, Covid-19 pandemic and the ensuing freezing of Afghan central bank's assets of $9.5bn by the United States, have left the country in desperate difficulties. To make matters worse, the ongoing Russia-Ukraine war is putting a strain on global food supply and thus driving up costs. International charity workers warn that millions of Afghans are on the verge of hunger, with at least a million children at risk of death.

The healthcare sector has been impacted especially hard, with $600 million in international healthcare aid currently suspended. The economic collapse that has been unfolding since August 2021 has increased humanitarian needs while also making relief response difficult. We observe the negative impact on disadvantaged populations firsthand. Many families are unable to eat because they cannot afford essential health and education costs.

International donor agencies must rise to the occasion by making concrete policy commitments to assist in addressing the fundamental causes of the humanitarian catastrophe as well as by stabilizing Afghanistan's economy. Donors must step up to ensure that Afghanistan's needs are met. Bangladesh, once regarded as a basket case, has established an unprecedented example in this regard.

The Bangladesh government has recently decided to donate Bangladeshi Tk1 crore (0.11 million USD) in terms of humanitarian aid to Afghanistan. The hefty donation, according to recent media reports, would be distributed to the UN Office for the Coordination of Humanitarian Affairs (UN OCHA) budget. Bangladesh’s foreign ministry has taken the appropriate steps to transmit the money to the UN OCHA with Bangladesh Prime Minister Sheikh Hasina's directives. Although the amount of relief supplied by Bangladesh is small in comparison to the required funds, their rapid response is commendable. Following the Bangladesh example, the world needs to work with Afghanistan to save millions of people from dying of starvation and hunger.

Despite its many shortcomings, Bangladesh sets an excellent humanitarian example. Establishing itself as a donor country, Bangladesh's international image is expected to improve as a result of the grant being provided by the country to Afghanistan. The member states of the Organization of Islamic Cooperation (OIC) agreed to initiate an urgent relief programme for the country at their 17th meeting in 2021. Bangladesh quickly announced that it will provide food and medical assistance in response to the resolution. Many people, both nationally and internationally, applauded Bangladesh's fast response from a humanitarian standpoint.

Although Bangladesh does not have official diplomatic relations with Afghanistan, it has decided to help the country purely on humanitarian grounds. The humanitarian situation in Afghanistan is a global issue. In this case, foreign politics should be avoided. However, Afghanistan should use economic diplomacy to expand aid, while the international community and global aid agencies must fulfill their humanitarian obligations to Afghanistan.

Currently, various countries are affected by the continuing Ukraine-Russia conflict, raising food security in many regions. This issue has struck developing countries the hardest, such as Afghanistan. If the situation continues like this, there is a risk of humanitarian catastrophe, and the Afghan government must take effective measures to address the issue.

Abantika Kumari is an Assistant Professor at the History Department of Allahabad College, Uttar Pradesh, India. She is also a researcher mainly focused on the South Asian region. She can be contacted at abanthikakumari@gmail.com