‘The separation of East Pakistan was due to a series of misconceptions and mishandled events.’

In this exclusive interview with SouthAsia Executive Editor, Faizan Usmani, Colonel (R) Z.I. Farrukh talks about the events and factors that led to the separation of East Pakistan from West Pakistan.

Please shed some light on your military career as well as your experience while serving in East Pakistan.
As a young captain, I was posted to East Pakistan Rifles (EPR) on secondment. I reported to HQ EPR on September 30, 1970 and was appointed General Staff Officer – 3 Intelligence (GSO-3 (I)) in the same HQ. The EPR, consisting of about 15,000 men of all ranks, were deployed along the borders and in the main cities, for assisting the civil government in maintenance of law and order. Except for some officers, technicians and settler JCOS, its over 95% strength comprised Bengalis.

My main task was to receive information, record, mark it on the map and disseminate it, as directed by the superior officers. My job provided me with a wide canvas extended over all of East Pakistan, with an opportunity to learn the entire situation progressively, from the beginning to the end. I remained on the job throughout my posting, i.e. October 01, 1970 to December 16, 1971. This period covers all upheavals, including tidal wave of November 1970, General Elections in December 1970, the political activities of confronting parties, the launching of Operation Searchlight on March 25, 1971, the ensuing civil war from April to November 1971, followed by the war with India in December 1971. I also participated in many operations while commanding the soldiers.


Did the TV serial “Jo Bichar Gaye” do justice to the book “Bichar Gaye”?
Overall yes! It did portray maximum reality that our people were still not aware of. However, TV serials always have different dynamics than an autobiography, especially when it is overwhelmed with passion. So that much difference is there. 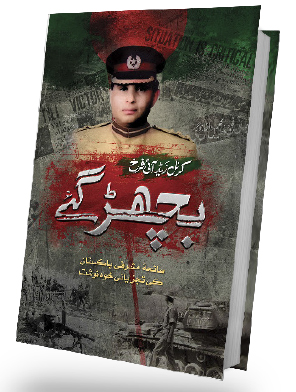 Who is responsible for the separation of East Pakistan from the West?
The answer should be in volumes, because this story, which started from unprecedented unity ended in a sorrowful separation, is extended over the entire history of united Pakistan. However, summarily I can say that:

a. The first cause was the country’s geographical discontinuity, with a large adversary in between. East Pakistan was like a baby born with high risk and ironically, due care couldn’t be taken.

b. From the very first day, Pakistan was confronted with unforeseen gigantic problems like bloodshed and settlement of millions of refugees, the Kashmir war and other allied problems. Since all activities were going on in the Western wing and the national capital was also there, the Bengalis started developing a feeling of deprivation. They were not taken along by and not explained the compulsions. This was exploited throughout by India, which surrounded them from all sides.

c. Our politics rested totally on the shoulders of feudalists who hardly had any concept of democratic norms. They had worked for centuries as local scoundrels and were able to continue suppressing the voice of their people and submitting to the bureaucratic powers for their vested interests. They remained so busy in conspiracies that during the first decade of the country’s history, no worthwhile policy was devised to form a foundation of the new country. Bengalis who were politically more mature and couldn’t have actively participated in this rat race, gradually started falling apart. As early as 1957, Maulana AHK Bhashani, one of the founding members of Pakistan, raised the slogan of “Bye-bye Pakistan” in the Eastern wing. Since then, the energies, which were to be used for national solidarity and collective progress, were unsuccessfully exhausted in bridging the widening gulf.

d. The promulgation of Martial Law in 1958, augmented the misunderstanding of the Eastern wing being ruled by West Pakistanis. It was accentuated by Agartala Conspiracy Case from 1967-69. By 1970, their passion of separation were smouldering under the greenery of the whole wing, but they gave a last chance to West Pakistan in the forthcoming elections.

I was transferred to East Pakistan just 2 months before the 1970 elections and saw a strange type of electioneering campaign. There were about 162 National Assembly seats out of a total of 300, to be contested there. I did not find a single West Pakistani politician or political party over there, campaigning or at least interested in contesting the polls. The same situation prevailed in West Pakistan as no Bengali was seen interested in the 138 seats of this wing. I wish someone had the wisdom to understand this loud and clear message.

There was no reason that Mujeeb should not have been asked to form the government, but it was resisted by Bhutto.

Mujeebur Rehman won 160 out of 162 seats in East Pakistan, while in West Pakistan, Zulfikar Ali Bhutto emerged as a majority leader with 81 out of 138 seats. There was no reason that Mujeeb should not have been asked to form the government, but it was resisted by Bhutto. The negotiation between Mujeeb, Bhutto and the then President Gen. Yahya Khan started to find a solution, but the Bengalis became impatient and resorted to violence against lives and property of non-Bengalis. It ended in Operation Searchlight which fuelled the civil war, culminating in a war with India, under the worst possible operational circumstances.

It is evident from these facts that the separation of East Pakistan was due to a series of misconceptions and mishandled events, spread over the 23-year history of a united Pakistan. All people in the power corridors were responsible for the debacle. Besides the intellectuals, writers, educationists and other social activists also failed to bring the people of both wings closer. The debacle can be attributed to the short-sightedness of politicians, apathy of the bureaucracy and failure in task assessment by some generals, selfishness being an overriding clause.

Should Pakistan issue an apology for its alleged war crimes committed against the Bengali population in former East Pakistan in 1971?
No war crimes were committed. The killing of peaceful West Pakistanis and Biharis was started by the Bengalis. Later, hundreds of thousands of Bengalis who had supported or even had a link with West Pakistanis, were also subjected to atrocities for years to follow. Whenever an armed rebellion is crushed, it leads to bloodshed and violence. So whatever happens remains sorrowful in the end. 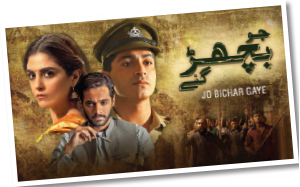 Should Operation Searchlight launched against the rebels, have been avoided?
Yes! This was suggested by Commander Eastern Command Lt. Gen. Sahibzada Yaqub Khan in February 1971. Later on, it probably couldn’t be avoided.

Did the Pakistan Army pay the price of the political indecisiveness of Gen. Yahya Khan and Zulfiqar Ali Bhutto?
Yes! Very dearly. We soldiers understood the blunders in political moves but braved it even better than “The Charge of the Light Brigade”, a famous poem written by Alfred Tennyson.

Why were the people of East Pakistan treated as second class citizens, resulting in their alienation from the state?
If it was so, why do we long to meet them as brothers even after half a century of a separation marked by blood. I have given the details of misconception in an earlier answer.

Did the emergence of Bangladesh as an independent nation prove the Two Nation Theory wrong?
No. They have not joined back India, which surrounds them all around. However in 1970, one can see a variation of the same theory, i.e. the original theory was religion based while the new variation was region-based. Muslims continue to rule independently in the southeast and northwest of the subcontinent, as was envisioned in the two nation theory.

To unveil the truth about the 1971 events, no serious and planned efforts were made in Pakistan, to debunk the false narrative propagated by Bangladesh and India. Why?
Yes! It is very true. After the fall of Dacca, all Pakistanis present there were imprisoned in India for over 2 years and there was no sufferer to explain the real situation at home. On the other hand, Z.A. Bhutto, who was one of the main characters of the separation, had formed a government and could not afford a threadbare probe. So, for judicial enquiry of such a historical debacle, he appointed a one-man commission called ‘Justice Hamoodur Rahman Commission’. Justice Hamoodur Rahman was a Bengali and was aided by a team of advisors. The scope/TOR for the commission was to “find out the circumstances in which the Commander Eastern Command surrendered and the members of the Armed Forces of Pakistan under his command laid down their arms and a ceasefire was ordered along the borders of West Pakistan.”

To get his own neck out from any responsibility, the entire burden on the Army was a better alternative. Therefore, the Bhutto government adopted a two-pronged policy: one was to direct focus of the commission only on military activities in East Pakistan and second to remain quiet on the India–Bangladesh propaganda. It suited Z.A. Bhutto and, to some extent, the rebuilding process of a new Pakistan.

Do you think Pakistan has lost its way in search of direction as a nation?
Not at all. We stand tall amidst the nations of this region and are well-recognized in the comity of nations in the world.

What is the future of stranded Pakistani living in camps in Bangladesh?
Their generations are being punished for the crime of being Pakistanis. They will get no relief till such time Pakistan owns them. Pakistan must recognize its moral obligations.