Bilquis Edhi, a selfless philanthropist and social worker, passed away in Karachi at the age of 74. She was a celebrated woman, helping Pakistan’s poor and deprived women and children, while working side by side with her late husband, Abdus Sattar Edhi and even after his death. 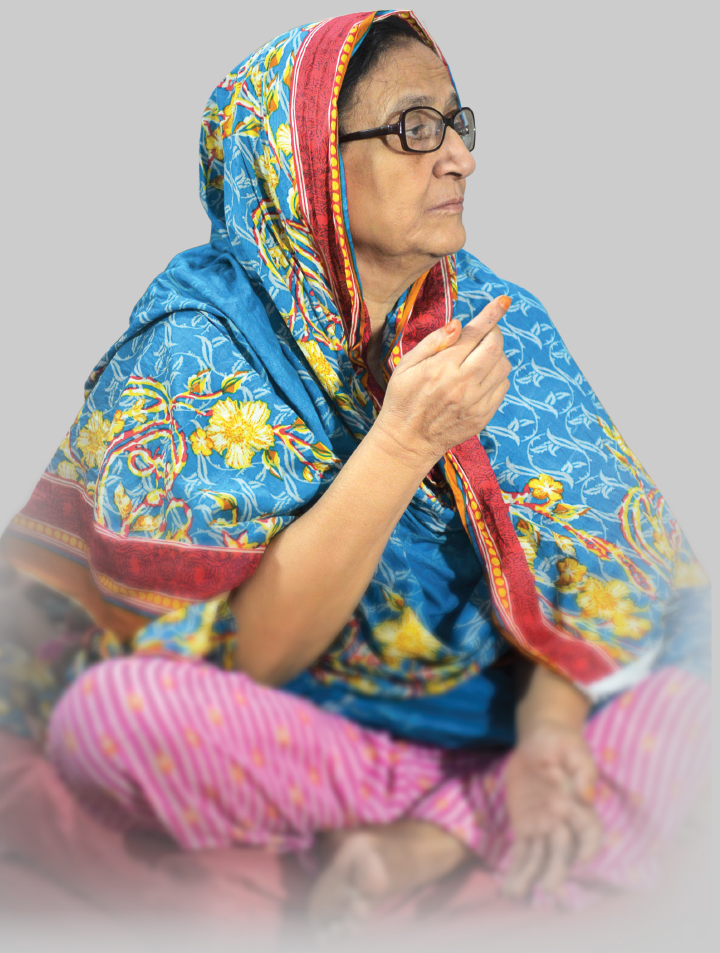 Bilquis Edhi was born on 14th August, 1947, in Karachi. Until before her death, she was leading the Bilquis Edhi Foundation. She trained herself as a nurse at the Edhi Nurses Training Centre when she was only a teenager. She was married to Sattar Edhi in April 1966. Since then, she was working with the organization, contributing constantly and generously towards serving Pakistan’s destitute, disadvantaged and down-trodden. Edhi Foundation, as we know it today, was Pakistan’s major relief organization under the leadership of Bilquis and Sattar Edhi. It is now being led by their progeny, Faisal Edhi and his siblings.

Bilquis spent much time at the Edhi Foundation caring for brutally mutilated bodies as a result of bombings. People who had died in road accidents or were homeless also ended up as Edhi Centres. She worked relentlessly, albeit with meagre resources initially, along with her employees and voluntary workers and determined to uplift the downcast and the hopeless. She was quiet yet fierce, strict yet humble. She was an incredible woman in her own right as she exemplified unconditional love, kindness and empathy, working alongside her husband Sattar Edhi. They lived at the premises of the Edhi Foundation in Karachi, managing a complex amalgam of services, including a network of ambulances, homeless shelters, emergency relief centres, orphanages, organising burial of unclaimed bodies, blood banks, and animal shelters.

Bilquis Edhi was primarily overlooking the operations of maternity clinics for women and baby cradles outside Edhi Foundation Centres all across Pakistan. Women, who gave birth to unwanted babies could leave their kids at Edhi House anonymously, knowing they would be taken care of. In the early days, due to lack of infrastructure and limited resources, there wasn’t much except for a small room and some beds. However, despite that, people didn’t hesitate to leave their newborn with them.

In the past few decades, the Edhis managed to help place many babies and older children with adoptive families. This was the reason for her name “The Mother of Pakistan.” All those praise and fame was not easy to earn. As selfless and commendable the charity works may sound, it did not come without difficulties. The family had to face death threats, attacks and robberies and were forced to seek police protection. But the couple stayed resolute in their struggle to serve humanity and achieve their purpose. Serving humanity became her life and soul. The cradles stayed, despite all odds and against criticism of religious conservatives, who claimed their presence encouraged illegitimate births.

Bilquis regularly visited Edhi Homes across Pakistan to provide recommendations on how the work could be improved. In the domain of child adoption, she strictly followed the criteria in order to approve or disapprove of couples seeking to adopt a child. Couples were also personally interviewed by Bilquis Edhi.

Bilquis and Sattar Edhi had four children, Faisal, Kubra, Zeenat and Almas, who have now taken upon themselves to run the Edhi Foundation and carry the candle of hope and optimism forward. She spent her life for a noble cause, a cause that is as difficult to uphold as it was priceless for the world. With her husband, she received the 1986 Ramon Magsaysay Award for Public Service. For her quiet, selfless work, Bilquis was also awarded the prestigious ‘Hilal-e-Imtiaz’. She was a recipient of the ‘Lenin Peace Prize’ and also received the prestigious Mother Teresa Memorial Award for social justice.

Various notables, including Sarim Burney, Narendra Modi, Hadiqa Kiani, Imran Khan, Babar Azam, Zeba Bakhtiar, Aijaz Aslam and many others have paid tribute to her; this is my humble effort to acknowledge her spirit to serve humanity that is as universal as it is necessary. This is a sad time for the nation. The loss is irreparable. We can never be thankful enough to Bilquis Edhi for making this world a better place.

Sara Danial is a Pakistani writer/editor and can be reached at sara.amj@hotmail.co.uk