Imran Khan should show some flexibility and accommodation as an Opposition politician. 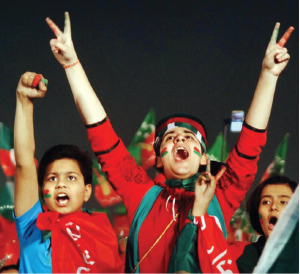 Imran Khan, has been no ordinary Prime Minister. His enormous following, especially amongst the youth, borders on idolizing and hero-worship. His autocratic and authoritative style of governance, marginal performance, contempt for the opposition leaders bordering on hate and taking a tough position against the US without valid reason has left a mixed legacy with consequences for the country. It would not be far-fetched to assume that Khan, subconsciously or consciously has been influenced by leaders who stood up to the US, like Zulfikar Ali Bhutto and Fidel Castro. These leaders of developing countries fed their people with hope, nourished their egos and built their national pride but the countries went bankrupt and people eventually suffered. The PTI government’s management and especially its handling of the economy was a huge disappointment. Imran Khan, however, refuses to accept his government’s short-comings in being unable to lift the economy and considers it was part of a larger plot that he was removed from office. He now seeks to play the role of a fearless opposition leader arousing people’s sentiments against the national and global order.

Imran Khan refuses to accept the fact that the dissident PTI parliamentarians were disillusioned with his leadership as it was not sensitive to the economic hardships their electorate were facing. And the bleak prospects they were anticipating of their political survival in case serious attention is not paid to redressing the economic situation and improving governance.

What is of serious concern is that Imran’s feeding his followers with a narrative that has no basis and its negative ramifications are both domestic and external. The foreign office and the security establishment had clearly stated that the memo was a routine or a common feature in diplomatic working and should not be blown out of proportion. The National Security Committee, NSC, after reviewing the contents of the communication and deliberating on it, maintained its original finding that there was no foreign conspiracy. But Imran Khan was not prepared to accept any decision that is contrary to his line of thinking. This is a sure prescription of promoting a lawless polity where leaders themselves are breaking the law. For Imran Khan the manuscript became an expedient vehicle to launch his movement against the government, the establishment and judiciary with scant regard for the sanctity of the Constitution and the highly adverse consequences that could follow. It would not be an exaggeration that he was playing with fire and dragging the country into chaos for short term political gains. 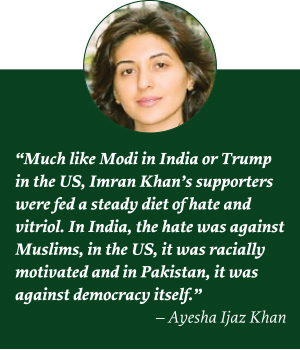 The entire basis of PTI’s movement is built on sand. Imran Khan refuses to accept the unequivocal findings of the NSC and judgment of the court. How does he expect that the military and judiciary will validate an entirely unfounded allegation which would have serious consequences and affect Pakistan’s relations with the superpower and lower its international credibility?

Another highly disturbing aspect of Khan’s movement is that it has taken away the nations focus from the mega challenges that the country is facing. The economy is confronted with serious crises, with foreign currency reserves sufficient only to sustain imports for six weeks. And IMF insisting that the new government withdraw subsidies as a condition for reviving its programme. Terrorist attacks in KP and Balochistan by TTP, IS-K and Balochistan Liberation Front, Balochistan Liberation Army and few others, are on the increase. The security situation and foreign policy are all suffering as the previous government’s focus had shifted to irrelevant and imaginary threats and not to managing the fallout of these radical movements.

What is of serious concern is that Imran’s feeding his followers with a narrative that has no basis and its negative ramifications are both domestic and external.

Extreme polarization in politics and branding opponents as traitors reflects sadly how Pakistan’s politics has steeped low. If this trend continues than in case PTI also loses the next elections. A likely prospect, they will again be on the roads with their disruptive politics.

Imran Khan’s refusal to recognize the role and authority of institutions and deliberately creating a society of defiance and insisting that a new Pakistan would emerge from chaos and anarchy is far-fetched and highly detrimental.

With the experience of being a PM for nearly four years and prior to that, spent years in the opposition and having lived and studied abroad, it was expected that Khan would play the role of a balanced and seasoned leader. The thought probably never occurred that Khan is not cutout for that role. Nonetheless, PTI leadership should realize that by ignoring the parliament and focusing on mass public meetings is doing disservice to parliamentary democracy and setting trends that have long-term implications in weakening an already fragile democracy. Moreover, one is not clear how Imran Khan envisions this line serving his supporters? His economic policies did have a definite leaning toward helping the poor through various schemes, such as the poverty graduation initiative as a part of the Ehsaas strategy, he aimed to graduate the poorest households out of poverty. But when the economy is not generating enough resources, resorting to heavy borrowing and sustaining these schemes becomes difficult and creates another set of problems.

It is a great dilemma for Pakistan that a former PM who retains a huge public appeal is flouting basic democratic norms, is most indifferent towards the impact of his policies on the economy and foreign relations. The economy spiraling downwards with hardly any investment coming, the picture looks bleak. The question arises how long can this be allowed to continue? The armed forces staying away from the confrontation and watched it from the sidelines despite provocations by certain PTI cadres. This drama, however, could not continue for too long. As it is, the Pakistani people are paying a heavy price for the follies of their past and present leaders and their patience and resilience should not be taken for granted. For them clear preference should be for open minded, incorruptible and governance savvy leaders who will serve the state and the people’s interests rather than promote their own.

A crises-ridden country, such as Pakistan, offers leaders great freedom of action and exceptional opportunities to redirect it toward stability and progress. But for this, policymakers need to move with caution in exercising power. Although Khan is in the opposition but the aggressive line, he is taking has pitfalls if this power is not wielded with caution and with a specific goal in mind. Mere showing boldness and attracting thousands without a workable plan may turn out to be counter-productive. It may be a wiser course to show a degree of restraint and caution and not build hype that does not meet the expectations of the masses. Idealism up to a point is fine and soul lifting. But if stretched too far and brought in play in national policy formulation and governance, it could backfire.

Imran Khan’s rejection of any flexibility in his dealings with his opponents is a questionable policy. A maximalist approach and rigidity in one’s opinion can be self-damaging. Experience says that a certain degree of humility and forbearance in a leader pays back in the longer term