Pakistan’s economic prospects in the short run are bleak. 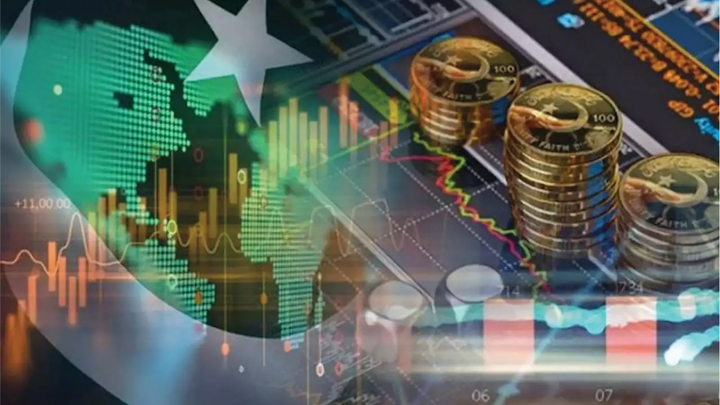 The global economy is transitioning towards supposed stability. Bustling inflation - once an occasional vice - now seems like a focal point in the chorus of policymakers. While developed economies buckle down to tightening the screws on easy money, this hawkish turn is a negative shift for the developing world. The global supply-side constraints are already weighing heavily on import-dependent countries. To make matters worse, now core global economies are growing aggressively hawkish to recalibrate the inflationary pressures. The recent rate hike by the US Fed is a particularly harrowing prospect. Ironically, monetary tightening by the Fed was highly anticipated to rein in global inflation a few months ago. But now, a bold tightening schedule in the US could kickstart a global recession. Pakistan currently stands as a prime example - a model case study - regarding how the shifting policy outlook amidst severe supply-side pressures could impact the developing economies.

The government of Pakistan has showed a record increase in exports and a steeper-than-expected slump in imports in February. Pakistan managed to curb the current account deficit by $2 billion - whittling to an 8-month low of $545 million in February. Regardless, the changing economic (and geopolitical) landscape around the world, soaring inflation, and swelling commodity markets would naturally obscure the modest economic recovery of Pakistan. While prompt policy measures and strategic decisions could hedge some imminent damage, the adverse impact is almost inevitable, considering the variables at play.

Inflation has been the nexus of economic disruption across the globe. According to the Office of National Statistics, consumer prices in Britain rose by 6.2% year-on-year - the highest rate since March 1992. Even the US faces historic CPI inflation of 7.9% for 12 months through February. Naturally, Pakistan is no different in the world, struggling with searing inflation. Pakistan faces a daunting aggregate demand against abrupt supply shortfalls - pushing to record-high inflation of 13% in January. Note that these figures - albeit worrisome - pertain to a global economy predating the ripples cast by the Russian invasion of Ukraine in late February. The roaring international energy and commodity markets are not accounted for in the statistics discussed. Imagine the repercussions to follow given the already fragile condition of the global economy recouping from the pandemic.

It is no surprise that Pakistan is highly dependent on imported fuel. In just the first eight months of the current fiscal year, Pakistan’s import of petroleum products has already jumped by 100% compared to the corresponding period of the preceding fiscal year. Some impetus might base on the growing demand for electricity as the economy returns to pre-pandemic industrial productivity. However, the inflating import bill is predominantly due to the sharp deterioration in the value of the rupee - rupee-dollar parity plunging to a record low of 181.5 in March. Since core sectors of the national economy - particularly the airline industry and the energy sector - are increasingly dependent on imported fuel, the demand is price inelastic in nature. This contributes to this unprecedented increase in the import bill of petroleum. Unfortunately, the real problem arises now.


The Brent benchmark has since breached the $100/barrel mark. Currently, global crude prices are flitting around the $114/barrel level. While Russia contributes to only 11% of the global oil supply, other oil-producing nations are wary of increasing the negotiated supply without Russian discretion. Thus, the prices are likely to exponentiate as the situation in Ukraine further deteriorates; crude continues to trade in restricted supply. While a successful resolution with Iran could stabilize the oil market to a certain extent, expert forecasts project that crude prices could breach the $150/barrel mark by summer regardless. If oil prices stay at around this level, Pakistan’s import bill (for oil) would surpass $20 billion in FY21-22 - double the figure of the preceding fiscal year. A similar situation would unfold across Asia. Worst-case scenario, if Russia is forced to choke its oil supply by the UK - following in the footsteps of the US - then a global recession would be practically unavoidable.

Food-driven inflation has been a chronic issue in Pakistan - a problem that is likely to compound in the following months. Pakistan is a net food importer. In FY20-21, food items amounted to $8 billion out of $68 billion in Pakistan’s total international trade - more than 16%. Major imported food items included staples like wheat and palm oil. Wheat prices in the commodity market have already reached a record high due to the Russian invasion. Russia and Ukraine jointly contribute about 30% of the world’s wheat exports. Despite retaining strategic reserves from its bumper crops in 2021, Pakistan reportedly faces a shortfall due to a shortage of fertilizers in the current fiscal year. The government of Pakistan allegedly plans to import two million metric tons of wheat in the following months to avoid a food shortage.

Imports of palm oil would considerably burden the trading account in the upcoming months. Pakistan is the world’s fourth-largest importer of palm oil - accounting for about 98% of Pakistan’s total edible oil imports. Similar to wheat, the prices of palm oil in the international markets have inflated - approximately by 50% compared to a few months ago. While Pakistan imports entirely from Asian hubs like Malaysia and the Philippines, the disruption of supply of raw material from Ukraine and Russia would likely impact the national exchequer manifold. As in the case of crude oil, the demand for food items is inelastic to the soaring prices. Thus, the rapidly depreciating currency is ruefully devoid of the only positive aspect associated with a nosediving exchange rate - expensive imports discouraging heavy reliance on international goods.

The September rate hike by the Monetary Policy Committee (MPC) of the State Bank of Pakistan (SBP) was an expected step towards equilibrium. Beyond the contractionary implication, the higher rates attracted foreign investment while the rest of the world grappled with the resurging pandemic. However, the recent Fed rate hike is now hinting at disruption in the financial markets - perhaps at the worst possible time. Over the past two years, sub-zero interest rates in the US have driven investments to frontier markets due to attractive returns and a stable economic progression. During FY21-22, Pakistan received $2.76 billion in foreign portfolio investment (FPI) - expanding further by $651 in the first eight months of the current fiscal year. As the consumption expenditure now recedes in the domestic market - owing to political uncertainty, currency deterioration, and heating international commodity markets - increasing interest rates in the US (and Europe) could also drive investments abroad. The rate hike in the US - and the forward guidance of six more increments this year - could eventually lead to a significant exodus of FPI from Pakistan towards attractive short-term investments in the US.

Even on the consumption end, the outlook is not particularly helpful to Pakistan. The rapid downfall in the rupee against the greenback should (by definition) turn Pakistani exports attractive in the international market. However, aggressive tightening in the monetary policy would increase the interest rates: subsequently increasing the cost of borrowing in the US. Such a scenario would ultimately put a dampener on the consumer expenditure and would significantly dent the export revenue of Pakistan in the following months - since the US is the largest export market for Pakistan.

High inflation, a pessimistic FPI outlook, and perhaps even a widening current account deficit dictate a stringent monetary policy as the only sensible way forward. The MPC would likely push the interest rates higher in April instead of holding down the lending rate at 9.75%. While it would come at a cost - stunted economic growth, high unemployment, etc. - the hawkish policy would benefit in two ways. Firstly, it would draw down the inflationary pressure and steady the pace of rupee depreciation. Secondly, it would allow certain leverage for the investment sector, albeit strangulating development projects in the short run.

Nonetheless, the frontier markets - especially Pakistan - are ultimately helpless in the broader perspective. The trade deficit is at the mercy of the global commodity markets and the speedy resolution of the Russia-Ukraine fiasco. The forex and investment fronts are dependent on the pace of shifting strategic positions adopted by the US Federal Reserve. The only way out is a skilled monetary and fiscal perspective - and perhaps even an active intervention by the State Bank of Pakistan.