Recent sanctions by the US on Bangladesh’s Rapid Action Battalion force suggest that the human rights record in Bangladesh needs reforms. 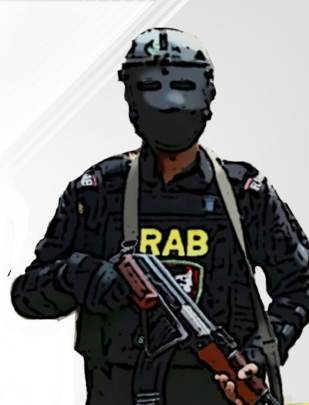 The United States has recently imposed sanctions against Bangladesh’s paramilitary force Rapid Action Battalion (RAB). An elite anti-terrorism and anti-crime unit of the Bangladesh Police, the RAB has been accused of gross human rights violations and abuse of power several times in the past. Washington sanctioned the force for extrajudicial killings, human rights abductions and abuses. Human rights groups in Bangladesh have been campaigning against the RAB for a long period of time.

Though the human rights activists and NGOs welcomed the sanctions and termed the force a ‘death squad’, Bangladesh’s government has denounced the move. Dhaka’s Foreign Secretary Masud bin Momen, said that the United States has sanctioned an agency which has remained on the forefront to fight transnational crimes, drugs trafficking, and terrorism and described these sanctions as ‘unilateral’ and an outcome of ‘exaggerated stories’. Bangladesh’s government also summoned the US ambassador to protest the sanctions.

Comprising over 12,000 troops and officers from Bangladesh armed forces and police, the Rapid Action Battalion (RAB) was formed in 2004 to fight terrorism and other crimes across the country. It was established during the government of former Prime Minister, Khaleda Zia. Though the elite body enjoyed strong support from the public during its initial days as it launched operations on criminals, the unit has been accused of severe human rights violations and abuse of power.

Soon after its formation, allegations of committing heinous crimes such as extrajudicial killings, enforced disappearances, politically motivated arrests, and other gross human rights violations became widespread. According to the Human Rights Watch, RAB was accused of unlawful killings of people in custody and the alleged killings of many more.

The Bangladesh government justified the RAB’s killings, which were reportedly the result of crossfire and not deliberate execution. The Human Rights Watch also reported the severe physical abuse methods adopted by the Rapid Action Battalion (RAB) to torture prisoners. The methods include applying electric shock, beatings with batons on the body and feet, and drilling holes on human bodies. 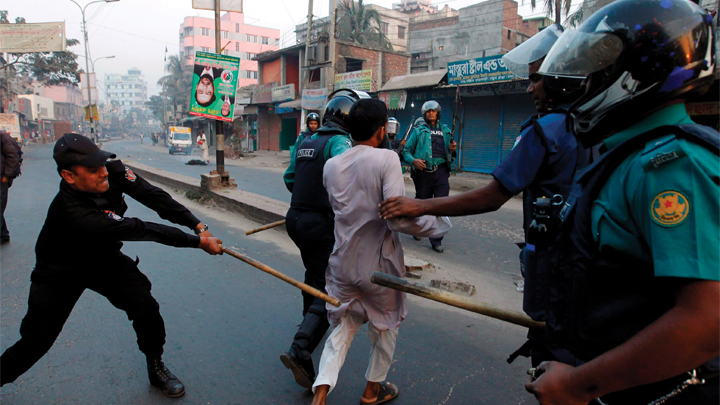 Many incidents have been reported by the human rights groups in which victims were executed without a court trial. The South Asian Director of Human Rights Watch, Meenakshi Ganguly says that the RAB’s abuse of power has continued regardless of the political leadership in the country. She further says that the elite force has also committed abuse against government critics and Opposition parties. Several governmental personnel in power over the course of time have promised to bring an end to the extrajudicial killing in the country with the insistence to keep RAB in force.

Many reports suggest that the Rapid Action Battalion (RAB) has also been involved in enforced disappearances, particularly during the government of Sheikh Hasina. Another report by the Human Rights Watch stated that the RAB officials were seen picking up Bangladesh Nationalist Party (BNP) activists in their official vehicles on 4th December 2013. Several people linked to political opposition were picked up and disappeared during that time and all those disappearances were attributed to RAB.

Since then, people related to the missing persons have been campaigning to get justice with no outcomes so far. Human rights activists and journalists have also been targeted by the RAB. Moreover, the RAB has been mandated to implement the Digital Security Act 2018, which gives power to law enforcement agencies to search, arrest, and seize devices, and arrest those individuals who speak critically of the government.

Though, Bangladesh Prime Minister Sheikh Hasina said on different occasions that her government would take strict actions to bring an end to enforced disappearances and extrajudicial killings, however, the Human Rights Watch and other NGOs alleged that no such action has been taken by the government against the ‘murderous actions’ of the Rapid Action Battalion (RAB). In fact, authorities have repeatedly denied the involvement of the country’s security forces in extrajudicial killings and enforced disappearances.

The United States Treasury Department said that the widespread human rights abuses committed by the Rapid Action Battalion (RAB) threaten the national security interest of the US by undermining the respect for human rights, rule of law, economic prosperity, and fundamental freedom of the people of Bangladesh. The US has also announced travel bans on the current inspector general of Bangladesh Police, Benazir Ahmed, and lieutenant colonel of RAB, Miftah Uddin Ahmed. These both were involved in the extrajudicial killing of Ekramul Haque, Municipal Councillor of Teknaf City of Bangladesh.

Since then, Haque’s family members have been living in fear as they have been threatened to stay silent. Though human rights activists have demanded an investigation, Bangladesh’s government showed no interest to hold the RAB officials accountable.

The recent sanctions imposed by the US must serve as a clear message to the government of Bangladesh that the human rights record in their country needs immediate reforms. Human rights organisations and the families of the victims of enforced disappearances and other crimes hope that the U.S. sanctions will improve the human rights situations in the country. Liaison Officer of the Asian Legal Resource Centre, Ashrafuzzaman says that sanctions should go further and urges the United Nations to review Bangladesh’s participation in UN peacekeeping operations.

However, since the imposition of sanctions, the Bangladesh government and its supporters have been in constant denial that the RAB has not committed any human rights violations. Bangladesh must review the overall human rights situation in the country and the role of RAB instead of giving statements. Certainly, the U.S. sanctions have caused a serious blow to the relationship between Bangladesh and the United States and it may even complicate their trade and security cooperation in the future.

The writer is a researcher. She holds Masters in Peace and Conflict Studies and can be reached at aneezaamaham@gmail.com