Between the Devil and the Deep Sea

Shahbaz Sharif is caught in a dilemma that only elections can solve. 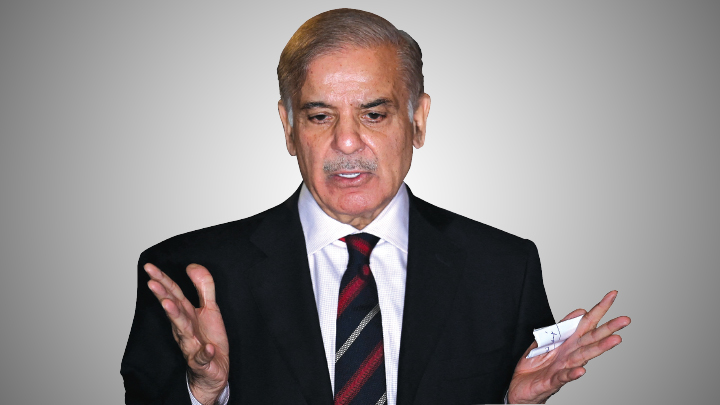 The events eventually led to the formation of a new government under the leadership of Shahbaz Sharif, along with combined allies who supported the No-Confidence Motion. As Shahbaz Sharif begins his tenure as premier, multiple issues are awaiting for his immediate action. The issues are not in a single domain, as they cover an array of dimensions, ranging from the economy to security and foreign relations.

Before considering whether Shahbaz’s coalition government can take stringent steps to over the challenges, it would be good to have a brief glimpse of the key scenes.

The biggest challenge for the coalition government is to deal with an immensely ailing economy. With slipping growth rate, dwindling foreign reserves and dependence on loans, it seems that Pakistan is at the brink of bankruptcy. A briefing by Shahbaz’s team right after his assuming office revealed that the balance of payments and fiscal deficits are at a record high – which was further substantiated recently by the IMF. The foreign reserves of the country have also depleted to alarming levels and the currency is also under severe pressure. Debts have risen and inflation has mounted manifold. The only way out is to reach out to the IMF scheduling of its financial assistance.

The energy crisis is yet another challenge that will grip the government by the fist in the summer. In a recent tweet by Miftah Ismail, it was revealed that some 7,140 MW capacity plants are not operational, either due to technical faults not fixed or fuel shortage. With the onset of summer, this is going to be a huge challenge for the incumbent government.

Recently, there have also been frequent terror events in the country. In March, there was a bomb blast in a Shia mosque in Peshawar and another suicide attack in a cultural festival. These events were followed by skirmishes in border areas with elements of terror in April.

The political turmoil in the country followed by the ouster of Imran Khan, is no less a daunting challenge for the new government. With his slogan “imported government”, an angry Imran Khan is all set to mount maximum pressure on the government, as has been evident in his public rallies in Peshawar, Karachi and Lahore.

One good omen for the new government is that Western powers, including the USA have welcomed Shahbaz Sharif and seem to be happy to work with his government. But there is also a flip side to it. In the current popular political scenario in Pakistan where people are rallying around the notion of“imported government”, it is unpopular for the government to go ahead with Western powers to co-work on areas of common interest.


To avert these challenges, the government needs to take immediate decisions, such as going to IMF for more loans, bargains with Western powers, and strict actions in the security dimension. Though these decisions are vital, but they are going to be politically unpopular. With all these unfortunate facts, the question now is, can the ruling coalition take such decisions to overcome the challenges, even though those decisions will be politically unpopular?

Dealing with the first aspect; there is no doubt that the coalition government has the capability to take such decisions. The fact is that the incumbent coalition is not naïve and comes with time tested experience of dealing with similar situations in the past as well. At times, the political leadership in government has handled militancy, sailed through economic crises; survived political turmoil like Imran Khan’s dharna; and been in rifts with Western powers during Salala and Abbottabad incidents. But unlike now, the internal political turmoil was never so severe.

Another factor to consider about the current governing lot are the diverse motives of the coalition parties. With uncertainty about how the coalition allies would respond to politically unpopular decisions, Shahbaz government’s capability to avert challenges by taking stringent decisions will be hindered.

About the question whether Shahbaz Sharif’s government will take such decisions, there is doubt. Rationally, it will cost a lot to Shahbaz and the coalition government to take politically unpopular decisions. Had there been ample time for elections, it could take immediate steps regardless of political unpopularity. But given the situation that Imran Khan and some coalition partners like Fazlur Rehman, are pushing for immediate elections, it seems rationally impossible for the government to take politically unpopular but vital decisions.

It seems the government is stuck between the devil and the deep sea. Without taking immediate decisions, it cannot survive, and if it takes such decisions, it is likely to lose more in the coming elections. A careful-cost benefit analysis is needed for the government before it moves forward in order to circumvent the odds and prove as good governors of the country.

The writer is a development practitioner. He has done Master's in Governance, Development and Public Policy from the Institute of Development Studies, University of Sussex and has also earned his Master's in Philosophy of Humanities from the IIS London. He can be reached at shakeelahmedshah@yahoo.com