The USA practices the art and science of regime change with continued audacity. 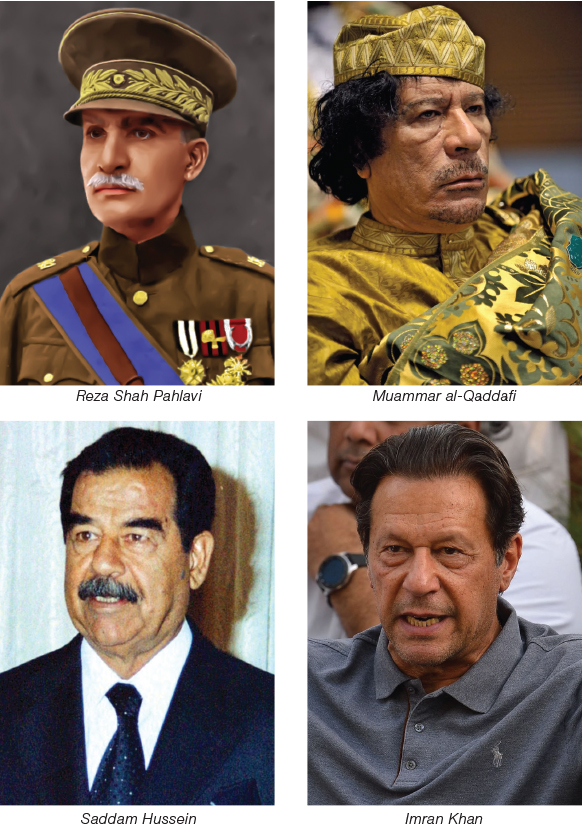 Alice Roosevelt, daughter of President Roosevelt, described her father as the ultimate egotist “who always wanted to be the corpse at every funeral, the bride at every wedding and the baby at every christening”. Confined to US seashores, this narcissism would not have bedevilled the world. It certainly did by becoming a hallmark of US foreign policy. Propping up pliant regimes, Washington’s favourites were referred to disparagingly as banana republics. Coined in 1901, William Porter mentioned a banana republic in Rouge et Noir, a story published in his book Cabbages and Kings. The setting was Costaragua, a republic with bananas as its prime commodity.

In 1953, President Eisenhower appointed John Foster Dulles as Secretary of State and his brother Allen Dulles as Director CIA. The duo would practice regime change to devastating consequences. President Jacobo Arbenz initiated a reform policy in Guatemala to distribute land to 90 percent landless farmers. This undermined the America-owned United Fruit Company’s (UFCO) banana monopoly. The Dulles brothers had remained UFCO board members. They initiated a coup leading to Colonel Carlos Armas seizing power. Washington sponsored regimes would rule over four decades of civil war. USA saw the death and disappearance of over 250,000 Guatemalans.

Reza Shah Pahlavi, a staunch pro-Washington monarch, was propped up in Iran. The deposed Prime Minister Mossadegh died under house-arrest. Kermit Roosevelt, the leader of the plot, was the grandson of President Roosevelt. Iran remains Washington’s nemesis to this day. Directed to remove Sukarno, CIA’s Deputy Director Frank Wisner remarked: “It’s time we held President Sukarno’s feet to the fire”. These words set in motion the ouster of Sukarno that would see 500,000 Indonesians perish in the propped up Suharto years; the latter would amass 35 billion dollars.

Regime changes in Central America and elsewhere led to genocides, the US backed rulers raked in billions. Stephen Kinzer writes in “The Brothers”: “The Dulles brothers helped set off some of the world’s most profound long-term crises”. The CIA supported Saddam’s rise to power as they viewed his competitor Abdel Karim Kassem a grave threat to US interests. The removal of Saddam saw the destruction of Iraq. Among others, Afghanistan, Libya and Syria faced the same fate.

Lindsey O’Rourke, Professor of Political Science at Boston College, writes in her acclaimed book “Covert Regime Change: America’s Secret Cold War”: “Regime change entails meddling in a country’s election, secretly aiding dissident groups, wooing away pro-government factions or sponsoring a coup and if all this fails having the non-complying leader assassinated”. O’Rourke’s evidence-based deduction is that regime change never delivers. Propped up rulers are seen as puppets, perpetually trying to do away with the inerasable image of being nothing but Washington’s vassals.

Melissa Willard Foster, author of “Toppling Foreign Governments: The Logic of Regime Change” asserts that “since Roosevelt, every American president has attempted to impose regime change in one form or another. Yet, no matter how disastrous the last attempt was, policymakers still believe it will work”. She elaborates that covert regime change can have disastrous consequences for the people as targeted countries are likely to experience anarchy, impoverishment or civil war. 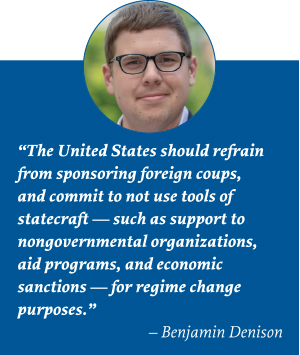 The US led the San Francisco Conference that culminated in June 1945 with the signing of the UN Charter. Guaranteeing the rights of human beings and sovereign nations, it explicitly prohibits any action detrimental to the same. The stark duplicity that defines US policies is epitomized in the fact that the US was and is still actively pursuing policies of regime change, occupations and hegemony. This dichotomy reigns supreme as the last four US presidents were elected on their pledge of non-interventionism. Clinton was elected on “it’s the money stupid” slogan, Bush promised a “humble foreign policy”; Obama proved an undeserving Nobel Peace Laureate and Trump promised “to end America’s forever wars”.

As this interventionist policy continues with blatant impunity, President Biden’s recently called Summit for Democracy was an exercise replete with hypocrisy. The stated goal of the conference was to defend democracy and human rights and called to make the world safe for democracy. Soon, Joseph Biden revealed the dichotomy by publicly declaring in Warsaw that “Vladimir Putin cannot remain in power”. This unabated narcissism is a global security nightmare that has exacerbated regime change fears even in powerful countries like China and Russia. One indicator is the persistent policy of Washington fomenting unrest in Hong Kong and arming Taiwan. Egging on Ukraine persistently led to it being invaded.

Opting to remain blind to the dangerous consequences and the extreme anti-American sentiment it entails, regime change and plausible deniability remains a darling of US foreign policy. The deniability maxim can be traced back to NSC10/2 of 1948 just a year after the CIA came into being. This document has the US National Security Council defining covert action as “operations so planned and executed that any US Government responsibility for them is not evident to unauthorized persons and that if uncovered the US Government can plausibly disclaim any responsibility for them”.

Washington, in recent days, has repeatedly denied claims that it was involved in the removal of Imran Khan but precedents deem it plausible deniability. Regime change needs two to tango. The sudden realization of those adept in the art of the possible to abandon Imran Khan seems far more than a painless prick of conscience. Events proved that the fervent hobnobbing of a kaptaan chappal clad diplomat was not exactly an effort to warm up the Imran Khan government’s frosty relations with the Biden administration or the opposition here.

Regime change machinations target popular leaders pursuing citizen-centric and independent policies. Undeterred, the conduct and policies of the US, the paladin of virtue, has them rampaging over the earth with arrogant impunity. The champion of freedom and liberty does this with the self-ordained responsibility of fostering pliant banana republics. The propped up rulers’, intoning thy wish is my command, follow Washington diktats to guard its interests or fight its destructive wars. It is time the Pakistani people wrest away this humiliating yoke of bondage.

The writer is a freelance contributor and can be reached at miradnanaziz@gmail.com