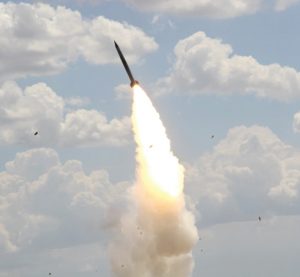 On March 8, at 6:43 pm, a supersonic flying object was picked up violating Pakistan’s air space, falling near Mian Channu at 6:50 pm. When it fell, it damaged property but no loss of life was reported. The missile was unarmed. At the time the projectile was picked up, there were two active routes and several commercial airliners in the area. The speed and height of the projectile was 40,000 feet while civilian aircraft fly at 35,000 to 42,000 feet. This missile could have been very detrimental to the safety of passengers.
India did not immediately came to inform Pakistan about the incident.

A day later, the Pakistan Foreign Ministry summoned India’s chargé d’affaires and lodged a complaint about the incident. The Pakistan national security advisor also castigated India for not having informed Pakistan “immediately”. The Pakistan foreign office said, “The grave nature of the incident raises several fundamental questions regarding security protocols and technical safeguards against accidental or unauthorised launch of missiles in a nuclear environment”.

The BBC and the Indian media reported that Indian Defence Minister Rajnath Singh told the Indian parliament two days later that the missile incident was an “inadvertent release” at around 7pm on 8 March during an inspection at a secret satellite base of the Indian Air Force. He informed the house that a high-level probe has been ordered to find out the exact cause of the incident. Pakistan rejected India’s simplistic explanation and demanded a joint inquiry. How can a nuclear missile fly “accidentally.” No coordinates, no pre-programming?

China also stressed for holding a joint inquiry. The US State Department spokesperson Ned Price told reporters at his daily news conference on 13 March 2022, “We have no indication as you also heard from our Indian partners that this incident was anything other than an accident and we do not have any other comments”.

This grave missile incident has been commented on by many Indian/foreign analysts/think tanks and media outlets. As per the Diplomat magazine, Sushant Singh, a senior fellow at the New Delhi-based Centre for Policy Research told the New York Times. “Not just Pakistan will raise the questions, but a lot of questions will be raised in Washington also.” He added that already, Pakistan were asking India to “explain if the missile was indeed handled by its armed forces or some rogue elements.” It is “highly irresponsible of Indian authorities not to have informed Pakistan immediately”.

Brigadier Rahul Bhonsle of the Security Risk consultancy group in Delhi told The Wire. India should develop a more comprehensive protocol to prevent such incidents, New Delhi should also coordinate with Islamabad to ensure that all important questions regarding the event are satisfactorily answered.

Bloomberg and the New York Times have said that on knowing about the flying missile on 8 March, Pakistani authorities had considered and perhaps even prepared for retaliation. But assessment of the crash site found no damage on the ground, showing how close the nuclear-armed neighbours came to a face-off over a disastrous mistake.

The so-called 'accidental' firing of an Indian BrahMos from its base somewhere in India, and to landing more than 100km to the west in Pakistani territory may seem 'inconsequential' to Western powers, particularly the U.S.
However, the fact that the missile followed a trajectory that cut through important military air movement as well as north-south civil air routes, is alarming. The eastern flank of Pakistan serves as a corridor for air routes that move between northern cities of Pakistan and India, such as Lahore, Faisalabad, Islamabad, Peshawar, New Delhi, Amritsar, Chandigarh, Ludhiana and Karachi, Ahmadabad and Mumbai. It is this civil corridor that is also used by flights moving between the northern destinations of India and Pakistan and the Arabian Sea destinations of Oman, the UAE, Qatar, Iran, Yemen and beyond.
When a missile of the BrahMos class is fired, it is not merely the case of the push of a button. A lot more goes into it, such as pre-programming, setting coordinates, etc. Moreover, the 'accidentally' fired missile followed a north-south trajectory and then suddenly changed directions and turned at a right angle to move into Pakistani territory in east-west direction.
Had it struck, during the course of its 'accidental' flight a civilian aircraft carrying passengers, who are what would have been responsible for the disaster?

Christopher Clary, in his article published in the War on Rocks, said that the missile incident has raised questions about India’s missile safety procedures. Was it the result of “routine maintenance and inspection, or the result of a “simulation exercise” gone awry? Was it unguided? Was it heading to a specific target, but failed to reach it?

Indian Air Marshal V K ‘Jimmy’ Bhatia (retired) told the Wire, “In all likelihood, the IAF was conducting a BrahMos training exercise on March 9 by firing the cruise missile from Sirsa to the Mahajan Firing Range in Rajasthan, but due to some fault the missile went freaky, and it propelled towards Pakistan.” However, it was surprising that why the ‘self-destruct’ or re-programming option in mid-flight, available on the BrahMos was not activated? India has to find answers.

India has to answer the questions regarding the safety and efficacy of its missile control and safety system to satisfy Pakistan to avoid an inadvertent nuclear response to such a blunder. India has also to answer that if the missile was fired through an “inadvertent release” during an inspection, how did this happen, and if the missile was guided, then what was the reason for leaving a flight path turning towards Pakistan? If the missile was unguided, then how did it change the direction? Perhaps India wanted to test Pakistan’s capabilities to trace and counter the missile by setting its mechanism to change direction towards Pakistan.

India should also be held responsible for violating the 1999 bilateral Lahore Agreement in which both sides had pledged to establish secure communication procedures and to inform each other regarding the conduct of ballistic missile tests to “prevent accidents”. Also, regarding this incident, why India did not inform Pakistan immediately to avoid Pakistan’s possible response?

India has to explain the overall efficacy of its missile handling force, technical soundness of its missile guidance systems and standard operating procedures of maintenance and testing procedures of missiles. The country must shed off its arrogance and communicate with Pakistan on missile safety protocols and SOPs in order to avoid an accidental nuclear war. India needs to consider Pakistan an equal military/nuclear power, as France and the UK do.

Pakistan must diplomatically pressurize India to show responsible behaviour by agreeing to hold a joint inquiry. Pakistan should raise the issue at the OIC, UNSC, UNGA and separately, with the US, EU, UK, France, China and Russia. It must highlight the weaknesses of India’s missile safety and control systems and its arrogance in not handling such important security related issues seriously with Pakistan to avoid any accidental nuclear exchange.