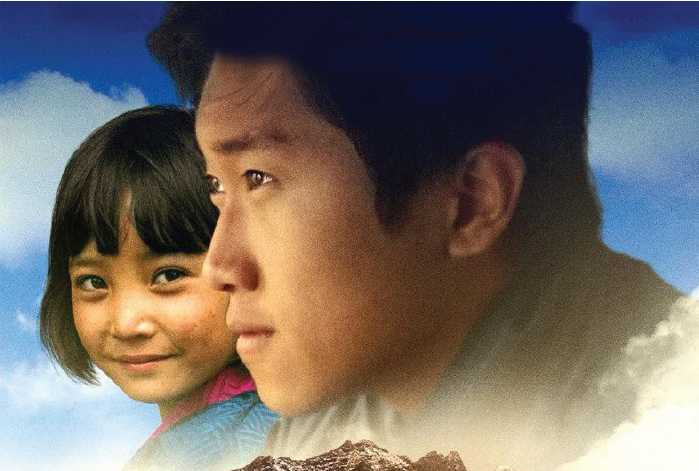 Pawo Choyning Dorji’s cinematic debut “Lunana: A Yak in the Classroom,” Bhutan’s first Oscar entry in 23 years, had an interesting trajectory before appearing on the Oscar international films list.

The vibrantly composed blockbuster is a narrative centered around the spiritual coming of age of a young man on a quest for happiness far from home, in one of the world’s most remote human settlements.

The film was released in Bhutan in February. It was shot on location in the world’s most remote school in the Himalayan glaciers using solar-charged batteries.

The storey follows Ugyen, a teacher who is transferred to Lunana in northern Bhutan for his last year of study. Ugyen wants to leave as soon as he arrives due to the high altitude and lack of facilities. The local kids attempt to win him over with a warm welcome, but they don’t have much time because the hard winter is about to arrive in the Himalaya’s glacier regions. “Lunana: A Yak in the Classroom” is promoted across foreign markets by Berlin-based Films Boutique and has appeared at various festivals, including Busan, London, and Palm Springs, where it received the Audience Award this year. “Bhutan is a tiny mountainous nation with only a few commercial theatres in the city, and all shows are sold out. People come from all over the nation, some for three days, to watch the film,” Choyning Dorji says.

“On our last day of screening, we had so many people begging to get in that we had to put folding chairs out in the aisles!” Dorji said.

“It’s a really bizarre trip, and for me it truly affirms the power of art and cinema, that if you put your heart into it and share a narrative with the world, it can move from the most isolated school in the world to the most prominent stages in the world,” Dorji says. As a Bhutanese novelist and photographer, his work has appeared in periodicals such as Esquire and the Wall Street Journal. Dorji was trained by Khyentse Norbu, a Bhutanese filmmaker who is also his spiritual Buddhist teacher. “The Cup,” Norbu’s directorial debut in 1999, was the first Bhutanese film to be nominated for an Oscar. 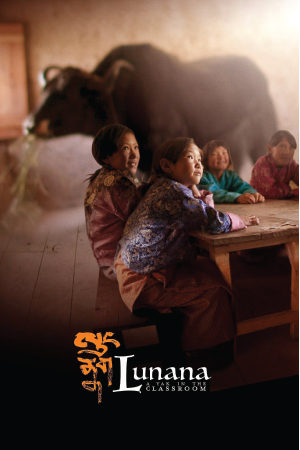 The Bhutan Ministry of Information and Communications submitted the film in 2021, but it was ruled as ineligible because Bhutan sent it before the Academy officially approved its selection committee, which requires committees to have submitted at least one film in the previous five years.

In the previous year, a new selection board, which included Norbu, was constituted and unanimously picked “Lunana: A Yak in the Classroom.”

Every part of the film, according to Dorji, was inspired by genuine stories he gathered while walking through yak herding settlements, where he “personally experienced the harsh yet beautiful and rewarding life these people were leading.”

Dorji chose Lunana as the backdrop for the film because he wanted to “catch the sincerity of a people who were unaffected by the world” and explore “whether we might genuinely uncover in the shadows and darkness, what we are so frantically searching in the lights of civilization.”

“Though Bhutan is known as the world’s happiest country, thousands of Bhutanese youth migrate to Australia and the Americas every year,” says the director, who previously worked as an assistant on Norbu’s “Vara: A Blessing” in 2012 and as a producer on “Hema Hema: Sing Me a Song While I Wait” in 2016.

The cast of “Lunana” includes people whose real lives mirror their on-screen characters; for example, Sherab Dorji, who plays Ugyen, dropped out of school to pursue a career in music, while Pem Zam, the little girl who doesn’t have a mother and was raised by her grandmother, is raised by her grandmother in real life, just like her character in the film. Like the other villagers in the film, Zam never ventured outside Lunana.

According to the filmmaker, filming was enormous and demanding, but also spiritually gratifying. “We spent a year in production, working with an army of mules and donkeys to carry up everything we needed to make this film, from solar panels, batteries, resources to build our own temporary housing, and rations to last the entire production,” says Dorji, who produced the film with Steven Xiang, Stephane Lai, and Jia Honglin.

“We literally returned looking like yaks!” But we all had this incredible experience, which I believe is reflected in the film.”

The writer has done his Masters in Defence and Strategic Studies. He can be reached at daniyaltalat2013@gmail.com