Noor Jehan is common history between India and Pakistan, and will always be cherished and honoured. 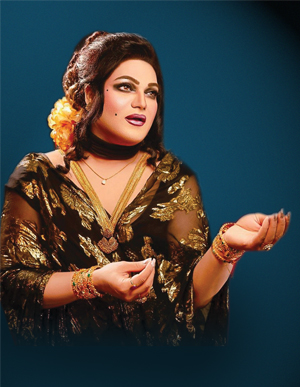 Noor Jahan’s artistic journey led her from Allah Wasai to Baby Noor Jehan, then to Madam Noor Jehan, and finally to the title of Malika-e-Tarannum (Queen of Melody) in a country brimming with female singers. She was a feisty lady who moved through life at breakneck speed, leading a dazzling existence full with hot entanglements. Her journey began long before the Partition. She would have continued to sing in India if she had not crossed over in 1947. Noor Jehan was the first female star in Indian cinema, and she helped to popularize playback singing. She impacted a generation of vocalists, including Lata Mangeshkar, before initiating music in Pakistan and encouraging future generations.

She was born on September 21, 1926, in Kasur, the hometown of Sufi poet Baba Bulleh Shah. Malika-e Taranum was a queen of substance, famed for her silk saris, brilliant and dazzling eye make-up, hairdos, and gleaming jewellery. She had a highly admired demeanour; she could sing in a multitude of languages, including Hindi, Urdu, Sindhi, and Punjabi, and she had recorded more than 10,000 songs over her singing career. She was an expert at displaying charm and had a captivating appearance. Her persona was supported by an exceptionally full-throated but soft, velvety voice that touched the high notes with felicity while retaining in control of the sur with strength. She was as pure and innocent as a mountain stream. Following India’s partition in 1947, she moved to Pakistan and struggled for a few years to establish herself. She achieved great success in Pakistani films as well as the music industry, thanks to her perseverance and hard work.

She was born into a Muslim family with an uncommon musical history. She was exposed to the world of show business at an early age. She began singing when she was five years old and had early classical vocal instruction from Ustad Bade Ghulam Ali Khan. He also taught her how to act on stage, and she quickly developed into a superb and confident performer. She acquired an interest in acting and singing, and as a child star, she made her first film appearance. She grew into a lovely young woman with a golden voice, and her first professional role was in the enormously successful Hindi film ‘Khandaan.’

She infused her singing with emotional modulations and poetic sentiments, utilizing her classical expertise to its fullest. According to Lata Mangeshkar, Noor Jehan’s vocal range allowed her to sing as low or as high as she wished while maintaining the same quality of voice. Aawaaz De Kahaan Hai is intrinsically tied to Noor Jehan’s brief stay in India, and it defines her musically in the Indian film industry. Chan Wey (1951), directed by her and her husband, was her debut feature film in Pakistan.

Noor Jehan received the President Award in 1957 for her acting and singing ability. The iconic poet Faiz Ahmed Faiz’s nazm Mujh Se Pehli Si Mohabbat Mere Mehboob Na Maang was featured as a song in the film Qaidi (1962). The song was performed by Noor Jehan. According to reports, she created it on the spur of the moment during a celebration of Faiz’s release from prison (where he was sent for his Communist views). Everyone enjoyed it, especially Faiz, who said, “Aaj se yeh nazm meri nahin rahi, Noor Jehan ki ho gayi hai.” Seven years later, in the film Chirag, Majrooh Sultanpuri’s Teri Aankhon Ke Siwa was inspired by this nazm (1969).

Noor Jehan had a long and distinguished career as a playback singer, winning various honours along the way. No title compares to the honorific Malika-e-Tarannum bestowed to her by the Pakistan government. One heard a very poignant tribute to Noor Jehan by Mehdi Hassan, describing how he came from a classical background and was able to flourish in the playback cinema business, thanks to the breathing methods and toss of words and other advice provided to him by her, much to her discomfort. The evergreen, frequently imitated, and immensely famous ‘Sanu Nehar Wale Pul Te Bulla Ke’ from ‘Dukh Sajna De’ will always be associated with her (1973). Noor Jehan improved with age. Her voice, like old wine and grain, gained depth, richness, and greater emotive capability over time. The voice filled out, matured, and became anchored in tranquillity. It brought fragrances of experience of decades.

The bedrock, though, was always an enduring innocence-infused voice. She may have become voluptuous, yet she could still be infantile. Although Noor Jehan was famous for her singing and acting before 1965, the songs ‘Aye Watan ke Sajeelay Jawano’ and ‘Aye Puttar Hattan Te Nahi Wikde’ were the most captivating. To this day, when people hear these, they commemorate the tremendous sacrifices made by the Pakistan Army.

Noor Jehan’s singing got more confident and she re-recorded all her previous classics with new instruments and her new flair, and the results were incredible. An old song, which was already fantastic when it was initially released, became even better with a re-recording. She performed all of these re-worked songs on Pakistan Television, and the full collection reflects the magnificence of not just the vocalist but also the performance. Her PTV recordings have a wonderful use of keyboard that has been appropriately adapted to the people’s music sensibilities. This is poignancy with a contemporary twist.

Noor Jehan died on December 23, 2000. Her larger-than-life image hasn’t changed. She is common history between India and Pakistan, and will always be cherished and honoured.