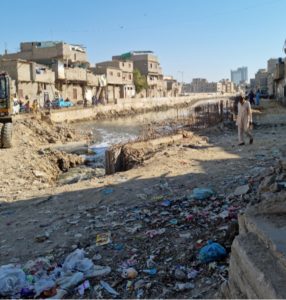 The core principle of the UN 2030 Agenda for Sustainable Development, Leave No One Behind, recognizes the need to include everyone in the development process, especially migrants and displaced people. Even though Target 10 ‘Reduced inequalities’ directly references marginalized populations, the issue of migration is integral to achieving 11 of the 17 Sustainable Development Goals (SDGs), such as ‘No poverty’, ‘Decent work and economic growth’ and ‘Sustainable cities and communities.’

Where focus in the past has been on including older people, indigenous communities and people of colour in the social fabric, this is the first time that the SDGs recognize the risk of leaving migrants and refugees behind as forced mobility and economic inequalities compel people to move away from their place of origin. And this trend has been moving upwards drastically: By June 2019, according to UN statistics, the number of international migrants was estimated at 272 million - 51 million more than in 2010.

With less than ten years left in achieving the SDGs, there is not much time for countries and governments to put into action research and policies that allow the development process to be inclusive and beneficial to everyone. A pilot study Access to Justice & Human Rights for Development and Resilience of Informal Urban Communities was initiated in September 2021 by IBA Karachi and UNDP Pakistan to strengthen the inclusion of migrants, displaced people and host communities in two informal urban settlements - Azam Basti and Rehri Goth of Karachi. To capture the complexities and layered nuances of on-ground realities in these informal settlements, the Social Innovation Platform (SIP) approach is being utilised to conduct comprehensive, participatory and inclusive mixed-methods research.

Karachi is the third largest megacity in the world, with a population of over 16 million people. Each month, about 45,000 migrants come to the city looking for better income opportunities. When migrants move into the city looking for jobs, they settle in informal settlements, resulting in legal as well as illegal occupation of the land. Therefore, a little more than 50% of Karachi’s population lives in dismal conditions in informal settlements.

The research study highlights the challenges in these areas. Unregulated expansion of low-income communities in Karachi has resulted in densely populated areas with poor water and sanitation systems, overburdened health and education networks and weak infrastructure. Migrants in Karachi face a difficult situation: they must search for employment opportunities while facing harsh living conditions.

The people living in these settlements expect better facilities from the city. This was the understanding of Asad, a 28-year-old vegetable seller who had moved to Azam Basti in the hope for a better future: ‘We came here. We thought that for the first time in an area in Karachi, we will work as labourers and eat fresh. This is what we thought when we came here but it is not what has happened’.

Poor water infrastructure is also a major concern that afflicts the communities in these areas. Anjum, from Azam Basti, raised his concerns regarding the issue: ‘Some days we get water and suddenly it is dirty water, and our entire tank is ruined’. There was a similar story from Alina, a 25-year-old housewife: ‘Yes, there is a pipeline system, but water is scarce and sometimes, it only comes in the morning at 6 a.m. Water shortage and contamination is part of a bigger problem in urban informal settlements which suffer from poor urban planning. There is an absolute urgency to not only investigate the water issues in the area but also to develop a plan to upgrade the overall infrastructure of these settlements.