The Russian-Ukrainian war could be the beginning of the end of Putin’s regime. 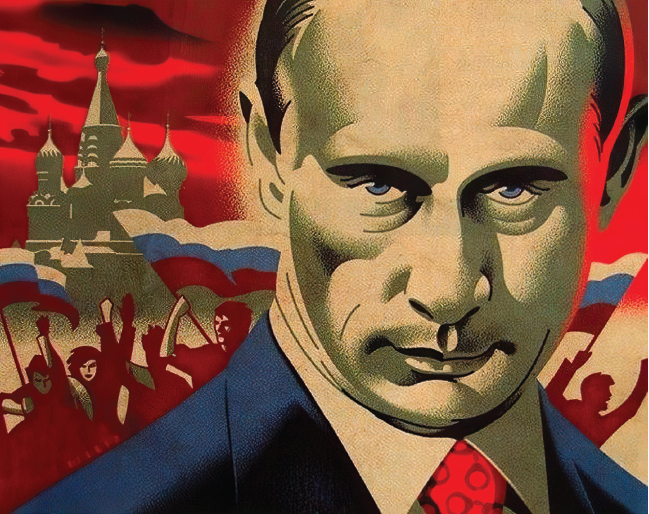 The Russian invasions have begun and Ukraine is at its epitome of defence. The sheer military onslaught and the formidable Ukrainian response was not foreseen a month ago. It almost felt like a return to the axis versus allies era of the 40s. However, this modern-day warfare is much more complex than implicit alliances and retaliatory remarks. It is a Cold War 2.0 - with diplomacy, economic policy, and military cooperation forming a mosaic of competition in a world that is gradually redressing the hegemonic supremacy enjoyed by the United States since the 90s.

According to political analysts around the globe (barring the prejudiced sycophants of the Western bloc), the conflict could lead to one of the two scenarios. First, Russia regroups its strategic and military might and topples Kyiy. Ukrainian deterrence has been astonishing and commendable. Putin was stupefied by the ferocious defensive showdown by Ukrainian soldiers and civil militia. However, it is inane to assume that this fierce deterrence could continue in the face of a modernized (and ruthless) Russian incursion. Look back to the invasion of Georgia, the annexation of Crimea, or the Syrian expedition. In each conflicts, the Russians were dealt with heavy casualties and severe resistance. In each case, the ruthless Russian President treated the damage as mere roadblocks as the Russian forces ultimately tore through vast territory - subjugating Georgia, truncating Crimea, and annihilating anti-Assad rebels. There is enough evidence to suggest that, albeit the progression is slow, the Russians would eventually prevail as a dominant force.

Such a scenario would subsequently place Putin in a dominant position. He would be able to place his minion in Kyiy while pressuring the US - and the European Union (EU) - to rescind the sanctions placed after the invasion. He could further demand written assurances from NATO and the EU to exclude Ukraine from any prospective membership or alliance; in return, he would recede forces from the occupied territory and allow humanitarian aid to flow to civilian enclaves. Such a scenario would hand Russia a momentary victory but festering chaos in the long run. Given the Ukrainian patriotic spirit and spite for Russia, Ukraine would turn out to be ‘Russia’s Afghanistan’. With the Western nations providing financial backing and the NATO members in Western Europe providing artillery support, guerrilla warfare would ensue in Ukraine as the Putin-backed regime in Kyiy would grapple in maintaining control without Russian military assistance. Such a compromise would be futile as Russia would not tolerate a chaotic, rogue nation on its borders - especially a country sponsored by the US to counter Russian authority. Hence, such a negotiated end to this conflict would only stall the disaster instead of resolving it.


The second scenario is that the Western powers succeed in their maximum pressure campaign to cripple the Russian economy. The prospects are already on full display. Russia is almost completely isolated from global financial communications. The Russian bourse is down by 30%, and ruble is at its record-low against the US dollar. Multinational companies are abandoning operations in Russia, sporting events are boycotting Russian athletes, and many sectors are re-routing options away from Russia to avoid an international backlash. The starkest example is that of China. While China has explicitly refused to abide by the sanctions slammed on Russian trade and industries, a slew of Chinese banks and companies are reluctant to interact with Russian entities (even under acceptable terms) in an attempt to steer clear of any impediments in the future. The United States has unilaterally announced a ban on imports of Russian oil supplies –amounting to less than 5% of Russian oil exports. While the threat is merely a symbolic gesture - commodities trade being centric to the international markets - it appears to be working in the right direction.

The UK recently announced its intent to phase away from Russian energy by the year-end. And many countries - while opposing direct sanctions on the Russian energy sector - have already started to diversify to some extent. Shell - one of the biggest multinational oil and gas companies - recently announced a complete ban on spot purchases of Russian crude oil and severance of all operations in Russia. A similar sentiment is prevailing across the globe as Russian forces continue to encircle Kyiy.

Such a scenario would steadily decimate the Russian economy. The signs are already showing. Serge Lavrov, Russian Foreign Minister, recently made an unprecedented demand regarding written commitments to Russian commercial cooperation with Iran in a post-nuclear-deal scenario. While Iranian sanctions are not interrelated to Russian markets, such a demand was an obvious ruse to demonstrate Russian might in international decision-making - highlighting that Russia is capable of booting out a sensitive accord for its own diplomatic gains. Thus, if the Western coalition succeeds with Iran, the oil supplies could flourish (by about 3.8 million barrels per day). While the surge would not absolutely replace Russian oil supply, it could still relieve the pressure as global oil prices were hovering at a 14-year high of $140/barrel. Such a situation would be an impetus towards the Western agenda - phasing out the European dependence on Russian energy supplies. Ultimately, Russia could be forced to negotiate on a level playing field. Russia could be promised that Ukraine would never be a part of NATO and nuclear weapons would be extricated from Russian proximity. In return, Russia would retreat without displacing the Zelenskyy regime.

Apparently, in each of the two scenarios, Putin would gain something to prod for years to follow. Either way, he would be able to escape these binding sanctions. And in each case, he would manage to attain the unattainable - getting Ukraine to remain a no-man’s-land. Nonetheless, a subtle threat to Putin is the increasing hostility he imbued in the international community: and probably revived critique in Russian circles. He was not loathed to such a great extent before the invasion. Sure, he was seen as a hybrid strategist, a former spy, and even a ruthless leader. But now he is despised as a Neo-Nazi - a modern-day rendition of Adolf Hitler. Thus, while he would win this war one way or the other, he has isolated Russia (and its economic interests) for years and years to follow - a reality that could eventually lead to his downfall.