Why has Russia invaded Ukraine? 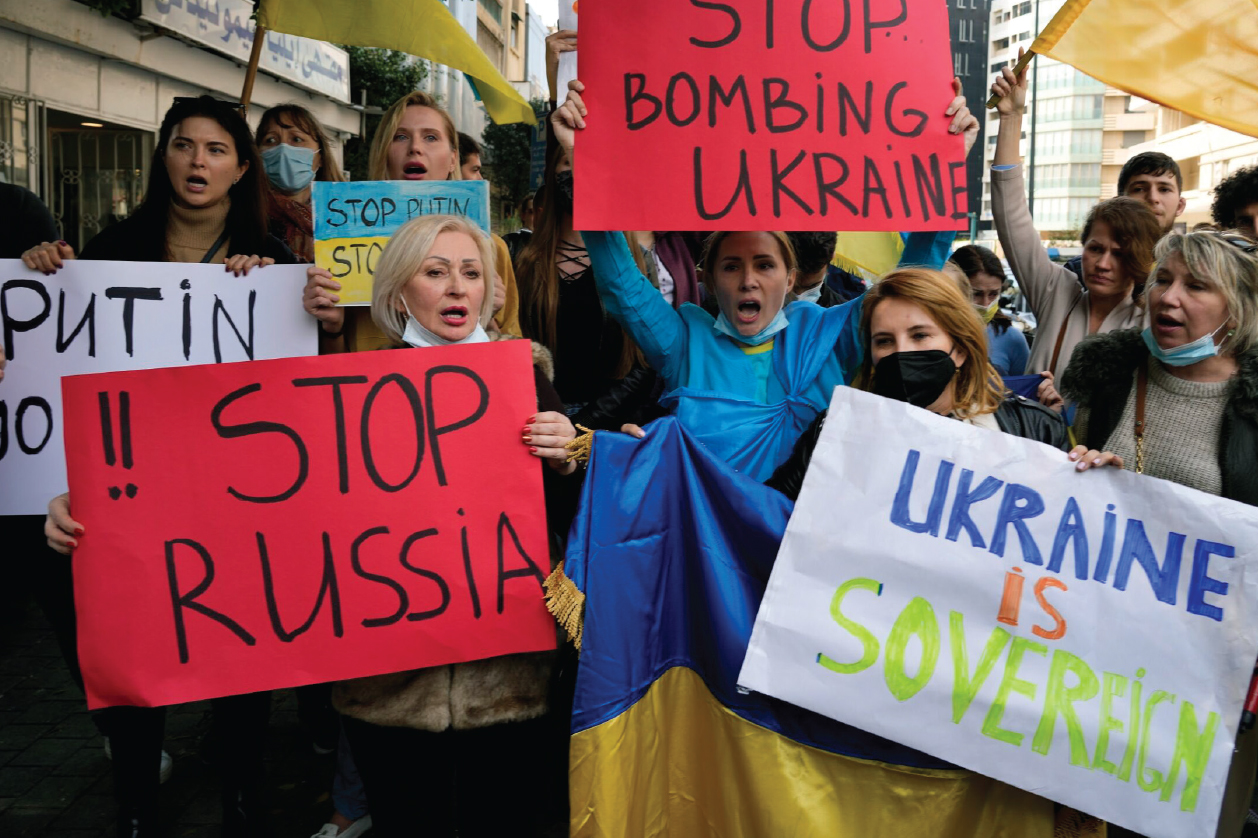 Apocryphal, it may seem, but the saying is that ‘if you have a friend like the United States then you don’t need enemies in this world’. Pakistan learnt this bitter truth the hard way. Right from its inception, Pakistan was ensnared or rather grew in the basket of the United States. It took Pakistan some seven decades, some 80,000 lives and more than 150 billion dollars, to realize that the line it was towing ever since did not take it anywhere. What the country reaped by remaining in American camp was devastation of its economy, balkanization and radicalization of its people and importing others’ in its home.

Whether it was the Afghan Jihad against the soviets or the War on Terror, Pakistan remained a disposable pawn on the American chessboard, and being labeled as a land of terrorists, extremists and Jihadis. While Pakistan chose to remain the proverbial fodder for someone else, obeying to every command of “Do More”, it did not know when the umbilical cord connecting it to the rest of the world was snapped.

When one sees live coverage of Zelenskyy speaking on CNN uninterrupted for hours, the mind like a kaleidoscope, takes one 20 years back recalling General Musharraf’s solo live marathon coverage on CNN and FOX News day in and day out just days prior to plunging in the ‘War on Terror’. Juxtaposed with the ongoing standoff between Ukraine and Russia, one sees history repeating itself. Right from the narrative that is presently being sold to the world to the situation on ground, except for the pawn, poor Ukraine this time, everything is the same. As of today, when another small country with its innocent and hapless population is nearing a blood bath, the United States is not doing anything except talk.

All one hears is that America and other European countries are slapping sanctions after sanctions on Russia. As if this will bring the giant to submission. Did a superpower like Russia plunge into a war without considering this eventuality? Notwithstanding the cacophony made by the Western media as part of its covert tactics, cognizance must be taken as to the root cause of this problem.

Even a desultory search would reveal that the issue is not only deep-rooted but something very personal to Russia’s security. In a nutshell, it’s all about Russia’s security against NATO’s expansion, just like the way NATO was founded against the expanding Soviet juggernaut. Russia would certainly not like to have American weapons, including nuclear missiles, under the umbrella of NATO just 35 minutes away from its territory. Whether one agrees with the Russians or not, Putin has a reason to invade. Putting the lives of his own countrymen at stake and ignoring the expected reaction of the world, knowing that he would be confronting the wrath of the world and this is not by coincidence.

It’s no secret that while dealing with the Syrian civil war the United States and NATO placed its weapon in Izmir (Turkey) (NATO Allied Command for southern Europe) to keep the Russians at bay who supported Bashar al Asad. The nuclear bombs are still there to keep the power balance with them, should a nuclear conflict occur. 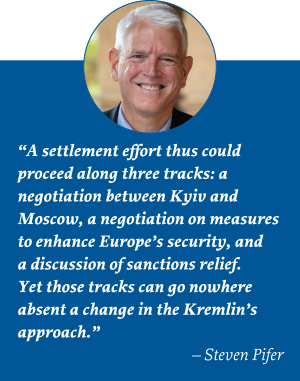 Similarly, now if Ukraine become a stooge for the US-backed NATO, and if NATO weapons including nuclear warheads, start arriving in Ukraine, with Moscow 35 minutes away from its Tomahawk rockets and 5 minutes in the case of hypersonic missiles, would Moscow sit comfortably? Russia from day one has been warning NATO to stay away from Ukraine.

In fact, the problem is in the eastern part of Ukraine’s Donbas region. Owing to its geography, it serves as a salient stretching into Russian territory and is as old as the establishment of Ukraine itself, following disintegration of the USSR. The region presents an ideal location to serve both as a springboard as well as an American military base. But the spark remained hidden under the surface in 2013-14 when the government of the pro-Russian President Viktor Yanukovych was overthrown by Ukrainian protestors, who decided not to sign the agreement for inclusion into the European Union. Instead, choosing closer ties to Russia and the Eurasian Economic Union. However, taking calculated risk, Russia refrained from attacking the region, based on the assumption of Ukrainian neutrality. However, now the scenario is different and the Western countries are acting more like members of an orchestra playing music in unison on the direction of the maestro, in this case the United States/NATO. The United States is on the other side of the ocean and therefore has no threat to its territory.

This gives her the courage and audacity to practically meddle in the affairs of other countries, creating conflict after conflict, irrespective of religion, caste or creed. Even a layman can understand that Russia has a very simple demand; and that is that Ukraine should remain neutral. But, the United States had to interfere. Previously, the European Union did not seem interested in taking the role of partisan but now, owing to the influence the United States exercises through NATO, the Western countries are joining the bandwagon, strengthening the hands of the United States and turning the simple regional crisis into a global conflict.

Keeping this in view, it seems that the only solution left for Russia is to get control of Kyiv, also known as Kiev, physically, or engineer a regime change and put an end to the conflict. One fundamental question arises: Ukraine being a sovereign democratic country should have free decision making in its foreign policy. This should have been also applied to Syria, Iraq, Afghanistan, Yemen and Libya. However, what we see today is a completely different narrative. If America can slap war after war on all countries in the name of security then what prevents Russia to ignore its concern regarding the security of its motherland?

The other rhetoric that is being used as a reason to undermine Russia’s action is that ever since the inception of Ukraine, Russia has interfered in its domestic affairs and this has led to the inclination of the latter towards the United States and the West. In the present day world, most small countries if not all, are under the umbrella of their bigger neighbours in some way. This is necessary not only for peaceful coexistence but for mutual economic benefits while help preventing the region from becoming a conflict zone. This is just like the European Union which serves as a platform of countries. Many of them have been bitter enemies in the past.

The Russian invasion on Ukraine is probably one of its kind in the history of armed conflicts. It unveiled to the world the true nature of the West. Perhaps this distinction was more specifically described by Milton in his Paradise Lost as the infallibility and exceptional humanity of Satan. The atrocities of the white man against the black, brown and yellow races are innumerable. However we, the lesser human beings, for the first time have heard right from the mouth of the Western press as to how cheap and contemptible our lives could be when it is the question of imposing war upon those with black or brown skin, and how indispensible and irreplaceable are those with “blue eyes and blonde hair”. “They seem so like us. That is what makes it so shocking”.

This was Daniel Hannan, writer of the op-ed in The Telegraph. “War is no longer something visited upon impoverished and remote populations. It can happen to anyone” he went on to say. Another remarked, “What’s compelling is looking at them, the way they are dressed. These are prosperous, middle class people, they look like any European family that you’d live next door to.” In another report CBS correspondent Charlie D’Agata said during his coverage from Kyiy, “this isn’t a place with all due respect, Iraq or Afghanistan, that has seen conflict raging for decades. You know this is a relatively civilized, relatively European – I have to choose words carefully, too – city where you wouldn’t expect that or hope that it’s going to happen.”

He, very carefully and respectfully reminded us that we who live in the Middle East or the wider Asia are uncivilized and used to the cruelty of war. This was also amply proven when, at the Ukrainian–Poland border, African and Asian students trying to cross to safety were held back at gunpoint by the border guards.

Talking of Ukraine, it should never be forgotten that Ukraine has been part of the Soviet Union ever since 1922 following the Bolshevik Revolution of 1917. Thirty years ago, it was one country and both have cultural and ethnic similarities. Even after independence of Ukraine following the collapse of the Soviet Union in 1991, Russia has been helping Ukraine to economically stand on her own feet by giving massive subsidies estimated at around 250 billion dollars. Russia waived off Ukrainian debts accumulated during the Soviet era.

But the big question is that if the US manages to turn Ukraine into a NATO base in its Eastern Command with all American weaponry stockpiled and missiles installed in Donbas, militarily called the soft belly of Moscow, will Ukraine remain neutral? Will it have a free uninfluenced foreign policy? Will it remain sovereign? Ukraine cannot remain a sovereign country as long as the United States and Russia exist as arch rivals. It would have been only possible if Ukraine acted wisely and succeeded in maintaining a neutral and non-aligned status.

The author is a retired Cavalry officer. He has spent 27 years in uniform and has a published collection of short stories By the Autumn Trees to his name. He is a historian and an avid traveller, having a number of travelogues published in leading newspapers. He can be reached at arslan9h@gmail.com