The USA has a long history of interventions and regime changes. Perhaps this is the secret of its success as a superpower. 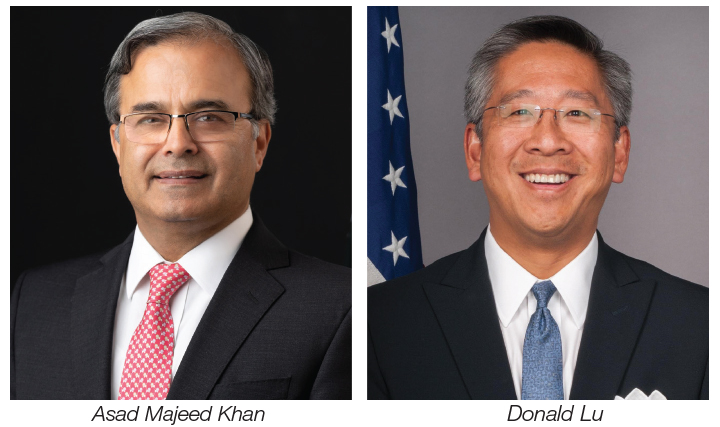 America has undoubtedly emerged as the busiest busybody in the realm of global politics. Through a slew of tactics, the superpower has meddled in the internal affairs of other sovereign states by toppling functioning democracies to serve its own gains. If statistics are to serve as a gauge, the US has interfered in copious foreign elections between 1946 and 2000, and engineered six overt and 64 covert attempts to change regimes during the Cold War.

At first glance, beleaguered Pakistani prime minister Imran Khan’s claim that the US is embroiled in a conspiracy to oust him is arguably the latest instance of America’s imperialistic misadventures. Even so, Imran’s allegations can’t entirely withstand scrutiny as they are seeded with a perilous implausibility and reflect a thinly veiled attempt to find international scapegoats for domestic crises.

The embattled premier views the no-confidence motion bolstered against him by the opposition as a US-backed conspiracy to chastise him for pursuing an independent foreign policy. As per Imran’s allegations, the US wasn’t pleased with his decision to visit Moscow at a time when a full-blown conflict had ensued in Ukraine. According to the PTI leader, a threatening letter -- which was penned by a Pakistani envoy -- states that bilateral ties with the US will remain fraught if Imran is at the helm.

The Pakistan Tehreek-e-Insaf supremo’s anti-American rhetoric isn’t a radical departure from his hitherto aggressive posture towards the superpower and its motives. What stands out is the fact that Imran’s claims are laced with speculations of an international conspiracy to thwart Pakistan’s democratic process. This narrative, though unsubstantiated by the country’s security agencies, has the sizzling intensity to earn the ire of the public. By invoking America’s role in efforts to destabilise his government, Imran has cast himself as a victim of circumstance who challenged the vagaries of Western imperialism and paid a heavy price for it. Days after he cried foul over the foreign conspiracy, the beleaguered statesman’s image as the shield against excessive American involvement was further solidified when the vote of no-confidence was blocked following a narrow interpretation of Article 5. Once the vote was dismissed on the pretext of a disloyalty towards the state and Imran requested the president to dissolve the assemblies, a calculated endeavor was set in motion to rescue the nation from the clutches of a foreign conspiracy. That the country had been plunged into a constitutional crisis was a matter of a little or no significance. Pakistan’s sovereignty was at stake and Imran sought to protect it from those who were eager to compromise it on the directives of international players.


It is difficult to conclusively argue whether the seeds of a conspiracy had been sown by America. US Assis­tant Secretary of State for Central and South Asia Donald Lu -- to whom Imran has attributed the threats hurled against his government -- hasn’t expressly commented on the matter. At first, Imran insisted that the National Security Committee (NSC) had endorsed the fact that a foreign conspiracy had been mounted against him. It was later revealed that the military, which has adopted a posture of neutrality on Imran’s woes, informed the NSC that they have no evidence to indicate that America was involved in efforts to oust the incumbent regime.

After the Memogate saga, the PTI leader’s allegations stand out as yet another controversial example of excessive global interference in Pakistan’s internal affairs. Conventional wisdom would have us believe that a country that finds itself under dire economic straits cannot actively pursue an independent foreign policy. In a similar vein, the PTI government’s foreign policy initiatives aren’t radically different from that of its predecessors.

Until the matter is duly investigated, it would be erroneous to adopt a definitive posture. Even so, the whiff of an anti-American conspiracy hasn’t dented the popularity of the PTI and seems to have lent the party a new direction to steer its domestic politics.

Before the political wrangling surrounding the no-confidence motion, the incumbent government was struggling to navigate the pressures of statecraft. Since the PTI assumed public office in August 2018, the party had relied heavily on the military establishment’s support. A few years later, an impasse was reported between the civilian and military leadership over the appointment of the ISI DG. In addition, the PTI administration greatly diminished the role of parliament through its propensity to rule through a cluster of ordinances. Therefore, it comes as no surprise that parliament became the site where the fate of the Imran Khan-led government was called into question.

What’s more, the PTI government’s anti-corruption narrative -- the lifeblood of his electoral victory in 2018 -- was also gradually losing its sheen. The regime’s drive to ensure accountability was no longer a shield against malpractice and had become a sword against the opposition. The inflationary pressure on the economy had also dampened the government’s popularity.

Under these circumstances, the PTI government desperately needed a bargaining chip to bolster its political image. The ‘threatening letter’ provided a golden opportunity to the government to revive its popularity and redirect its rhetoric towards a bigger enemy.

Be that as it may, America has a long history of involvement in Pakistan’s domestic concerns. However, Imran’s allegations have brought the sheer magnitude of America’s influence into the limelight in an undiplomatic manner. His vociferous claims are likely to have far-reaching implications in isolating Pakistan economically and politically from the West.