‘Writing fiction is an exercise in empathy.’ 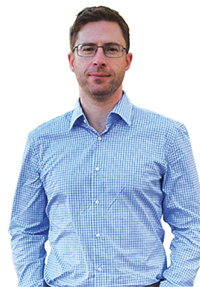 Please share with us the interesting story of how and when you decided to be a writer.
I have wanted to be a writer since I was a young child and I’ve been writing steadily for two decades. You need to write a lot of words before your work achieves a reasonable quality. Like most authors, I’ve written many books that will never see the light of day. Writing them is simply part of the process of getting better.

By late 2019, I felt that my writing was approaching a level I was happy with, so I hoped to submit a strong book to agents and publishers in 2020.
A few months later, the pandemic began. Submitting a novel is a very slow process and, at that time, I didn’t have the patience for it. I was writing a lot and I decided to try self-publishing some of the stuff I was coming up with.

I released seven books in this way in 2020, including three novels, three novellas and one collection of short stories. Along the way, I connected with many wonderful readers, writers and bloggers, and I found an agent. It has been an exciting journey.

Writers are first and foremost readers. Which author was your inspiration while growing up?
Luckily, as a child I had parents who encouraged my love of reading and took me to the local library regularly. Two of my favourite childhood writers were Roald Dahl and Enid Blyton. I devoured all of Roald Dahl’s books, such as The Witches, The Twits and James and the Giant Peach. The wild imagination and dark humour in his books delighted me. I also loved Enid Blyton’s adventure stories featuring the Secret Seven and the Famous Five. I also devoured the Hardy Boys books and The Chronicles of Narnia by C.S. Lewis.

What is your writing routine like? Is it a fixed schedule or do you write when the muse talks to you?
I write at varying times, but I never wait for the muse. I find that, if I start writing, she tends to show up after a few hundred words.

While writing a thriller, do you let the characters take charge of how the story ends, or do you direct them to the ending you had in mind from the beginning?
I’ve learned to let the characters dictate how the entire plot develops. I don’t plan my books, because outlines come from the logical part of the mind, whereas most good writing seems to come from another place altogether.

When I have a really clear idea of a character, it makes the writing much easier. In fact, the story almost writes by itself. That’s how I found it when I was writing Better Confess. The main character, Florence Lynch, seemed so real to me that I could imagine precisely how she would react in any given situation. I let her choices shape the plot, and that included the ending. When I began writing Better Confess, I had a rough idea what might happen at the end. But when the time came for me to actually write the final part of the book, I realized that it couldn’t end in the way I had first imagined. That ending would seem artificial because the main character would never behave in such a way. I had to be true to the character so I wrote an ending which reflected how she would actually behave. For me, that was the “right” ending.

Was there ever a character you wanted to meet in real life? Why did that character inspire you?
I’m happy not to meet any of my own characters!

How do you manage to understand characters who are so different from each other in their genders, professions, age and behaviours?
Writing fiction is an exercise in empathy. When I am writing a chapter from a particular character’s point of view, I need to climb into that person’s head, adopt their opinions, and experience the world through their senses. It should never be me, as the author, talking to the reader. This is absolutely critical for me, so I do my best to get firmly inside characters’ minds and try to see the world the way they would. Imagination, empathy and research are elements of how you achieve this. It’s also important that I do my best to be fair to my characters. Being fair means that, for example, I don’t create a character who has a different opinion from me just so that I can mock them for that opinion. I try to allow each character to have both positive and negative qualities, because that’s how people are in real life.
Despite our differences, though, we are united by a common humanity. One of the many beneficial effects of reading is that it fosters empathy. When we read a book about someone who is different to us, we step into their shoes for a time. In doing so, we may gain some understanding which we didn’t have before and which might challenge our assumptions.

Which authors do you think everyone should read if they are into thrillers?
Personally, I love Linwood Barclay, Peter Swanson, Lee Child and Shari Lapena’s thrillers.

Do you get affiliated with your characters emotionally?
Exploring the varied emotions of fictional characters is both cathartic and enjoyable, so it causes me no problems!

How do you manage with the writer’s block?
I manage writer’s block by focusing on having fun when I sit down to write. If you worry what people will think of your writing, or of you, that can certainly cause crippling problems. Instead, enjoy telling the story you want to tell. Sometimes it’s helpful to work on a different writing project for a while, if you get stuck on your current work in progress.

Tell us something about the forthcoming book please.

The book which I have on submission at the moment is about coercive control. A woman is trying to leave a dangerous relationship behind, but her former partner won’t let go.

What advice do you have for aspiring authors?

The best thing for aspiring authors to do is to read a lot and write a lot.

Let’s do a round of rapid-fire questions for an exciting end to this interview!

1) Paperback or hardcover?
Paperback.
2) Reading indoors or outdoors?
Indoors
3) Romance or Sci-Fi?
Sci-Fi.
4) Library or a bookshop?
I love both!
5) Open endings or closures?
Closure – usually.
6) Reading in one go or savouring every bit of the book slowly?
Somewhere in between. I’m a slow reader so I rarely read a book in one go.
7) Favourite reading/writing snack.
Coffee and chocolate.
8) Writing is draining or exciting?
Exciting.
9) Which other author would you love to meet over a coffee?
Nora Roberts.
10) One word for yourself as a writer.
Twisty.

Alan Gorevan is the award-winning author of several novels, including The Kindness of Psychopaths and Better Confess. His novels are critically acclaimed with reviews in leading newspapers and he has readers all over the world. He was recently on tour of the UAE for the Sharjah Book Fair where he participated in various events including a major interview with Saba Karim of NYU Abu Dhabi. He has also been interviewed by Jacky Collins and has appeared on popular radio shows like Spice FM. He is represented by Annette Crossland of A for Authors Agency Ltd. Alan Gorevan lives in Dublin where he is busy writing his next book.