The competition for holding extravagant weddings is proving to be detrimental to society, breeding frustration and unhappiness in the deprived, poverty-stricken masses. This is especially true of celebrities and political leaders since they define the societal norms and values and are the trendsetters. 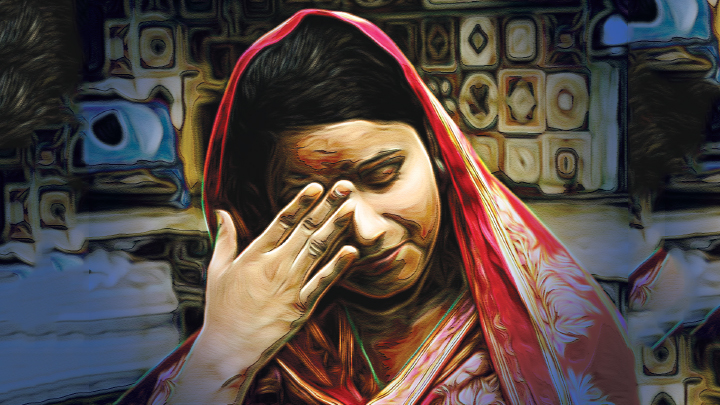 Spending extravagantly on marriages and other festive occasions has taken a wider acceptance in our society since long. The moment a daughter is born, her family starts thinking about making provisions for her dowry, coupled with future expenses to be incurred on her marriage.

The disturbing question arises as to what effect this tradition has on the mental, emotional and financial well-being of those who don’t have the means and wherewithal to spend lavishly on such occasions?
It is easy for the rich to make the most expensive and beautiful dowry, but what about the ones who can’t afford it? There is also a bigger question about the legitimacy of this tradition.

Weddings have become all the more extravagant and the competition to hold a wedding equivalent to ‘society’s standards’ results in spending excessively. Organizing a wedding is a big effort. From hiring the top designer to do the bride and grooms clothes to the opulent décor and grand variety of food has become the core issue.

‘Sandooq Kholo,’ a column written by Javed Chaudhry and ‘Fehmida Ki Kahani Ustani Rahat Ki Zubani,’ a PTV play written by Bano Qudsia, are two heart-wrenching stories of how sticking to this thoughtless tradition can potentially affect the underprivileged sections of our society.

In ‘Fehmida Ki Kahani Ustani Rahat Ki Zubani,’ the protagonist Fehmida is a young orphan girl, while her mother ‘Ustani Rahat’ is a schoolteacher. Leading a poor life, they live in rented quarters owned by a family abounding in riches. The play revolves around how Fehmida is psychologically devastated by the careless show of wealth and exuberance by the owner of the house living next door. Fehmida starts suffering from an acute inferiority complex because of the gross disparity between the way both families lead their lives, thus falling prey to the conflict so vivid and stark. Not being able to cope with the bitter realities of life, she succumbs to the unbearable stress and ultimately dies.

The question the play raises: Doesn’t such a brazen display of one’s fortunes and riches germinate a feeling of inadequacy and insecurity in a young beautiful girl like Fehmida to the extent that she ends up losing her life? Isn’t this a sheer murder plotted and executed by the irresponsible societal behaviour, a life snatched by the acts of some tangible force, yet not considered a murder? Aren’t these countless deaths, not actually murders, medically wrapped and hidden under the guise of physical causes of death, by the society’s affluent class? Honestly speaking, the writer is unable to truly portray the effect that the rich people’s exhibition of wealth has on the poor.

Similarly, ‘Sandooq Kholo’ by Javed Chaudhry tackles the same issue, but from a different perspective. Nasr Tootha, a taxi driver living in Kerala in India, helps people from his class and background to lift the financial burden of holding a marriage in accordance with the society’s standards. He creates a ‘Dress Bank’ where he collects wedding and bridal dresses from the rich and puts them on sale at very affordable prices for the less affording sections of the society.

In his column ‘Sandooq Kholo’, the treasure chest is mentioned as a metaphor for all the things that we tend to hoard. The chest is full of things that ‘we don’t need!’ Why not open it one day and distribute all the extra things among the poor and the needy?

As the column highlights the efforts of Nasr, the reader feels a pang of guilt and affection for setting a high standard for the lower class, let alone helping them lift their burdens!
Are the privileged, not setting a role model for the underprivileged? The competition for holding extravagant weddings is proving to be detrimental, breeding frustration and unhappiness in the deprived, poverty-stricken masses.

This is especially true of celebrities and political leaders since they define the norms of the society and thus are the trendsetters. When they host lavish celebrations and glory in holding extravagant weddings, they set a negative precedent for society. Particularly when it has become an arduous task for a common man to make ends meet, it is more than a crime to show off one’s riches and material possessions in public. 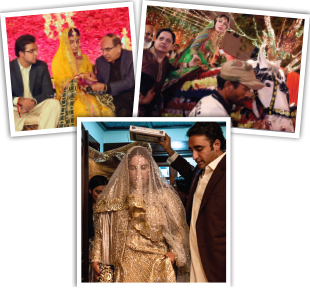 The recent wedding of Junaid Safdar, the son of the PML-N leader Maryam Nawaz, is a glaring example of such a vicious tradition. From the sparkling diamond jewellery and Bunto Kazmi’s enthralling bridal wear to the HSY ‘Pagri’ of the groom, not to exclude the Nomi Ansari’s outfit tailored for Maryam Nawaz, just all this must’ve cost beyond our wildest imagination. Is it then fair to ask that do politicians have the right to spend lavishly when all through their political careers they keep raising a litany of social-economic concerns such as poverty, inflation and unemployment?

The Nawaz government, despite being thrice elected, has still not acted on its own election manifesto. Shehbaz Sharif, former chief minister of Punjab, introduced the one-dish policy and time restrictions in marriage ceremonies across the province. Then where did that implementation go when it came to a wedding in their own family?

The dialogue from the play ‘Fehmida Ki Kahani Ustani Rahat Ki Zubani,’, ‘we have become slaves to the traditions and culture’ beautifully sums up the reality of the world we live in.

The writer has a double Masters in English Literature with experience in magazine journalism. She has a passion for reading South Asian fiction and about environmental issues. She can be reached at beenishmhmd@gmail.com