While the Pakistan Super League (PSL) may not enjoy the high budgets and brand value that the Indian Premier League (IPL) does, the PSL is moving towards preserving and expanding the parameters of Pakistan cricket. 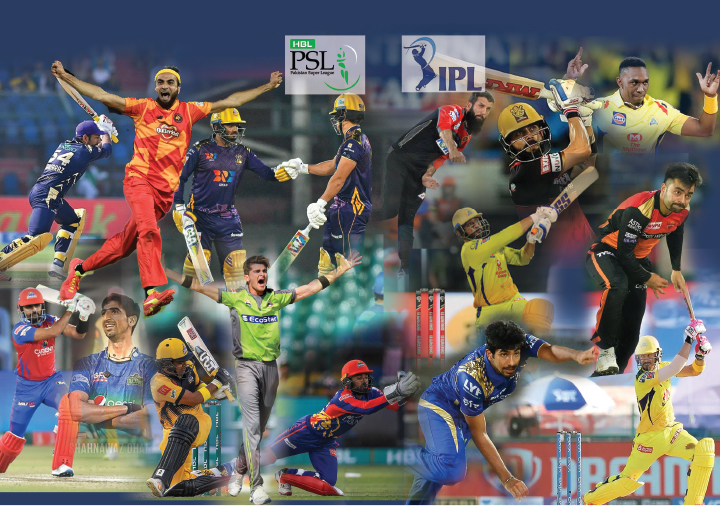 In February 2022, right-handed opening batsman Alex Hales withdrew from the seventh edition of the Pakistan Super League (PSL). Following the announcement, social media users criticized the English cricketer’s decision to opt out of the league for personal reasons -- that too, in the midst of the season. Sceptics suspected that Hales had taken the step because he had secured a contract with the Indian Premier League (IPL).

Rumours of the batsman’s alleged ‘defection’ unwittingly revived the long-standing debate over the differences between the PSL and the IPL. A quick Google search on the subject reveals that this debate is divisive, endless and emotionally charged.

For decades, cricket has been both a symbol of diplomacy and a battlefield between India and Pakistan. As the T20 waves gained currency in the cricketing world, the spirit of stiff competition conquered new ground and divergent opinions were heard about the efficacy of each league.

The comparison between the IPL and PSL appears seemingly unfair, if not altogether flawed. When the PSL emerged on the horizon, a wave of scepticism surrounded its prospects. Before it could have found its feet, the new initiative was written off as it would struggle to achieve the success enjoyed by the IPL. The Indian league undoubtedly had an advantage as it came into existence at a time when the T20 format was in its inceptive stages. Despite the spot-fixing and betting controversies that assailed its credibility, the IPL was believed to have a comparative edge.

Since its inception, the IPL has remained among the most widely followed domestic cricket leagues across the world. Established in 2015, the PSL is a fledgling in comparison and has struggled to measure up to the IPL in terms of viewership.

In its seven-year history, it has managed to snag a vast number of foreign players and produced fine batting stars. The PSL is arduously trying to cultivate a space for itself in the world of Test cricket. These tournaments have enabled local players to play alongside foreign cricketers -- a welcome step that has enriched Pakistan’s cricketing talent. Though the PSL has served as a homecoming for Pakistan cricket, the initiative is belittled by its detractors for not revolutionizing the gentleman’s game.

The IPL played a vital role in broadening the scope of Indian cricket. The tournament has attracted a diverse menu of sponsors. Countless international players have been drawn towards the league and are handsomely compensated for their services. Over the years, the IPL continues to have a sustained fan base and undoubtedly attracts a higher viewership. Owing to the money flowing into the initiative and the sheer size of the Indian population, the IPL continues to attract a larger audience.

The PSL has still not managed to match its Indian counterpart in terms of sponsorship and the money it offers its players. Some factors that have resulted in setbacks to the initiative have often been beyond the control of the Pakistan Cricket Board. The previous edition of the PSL, which was scheduled to be held in Karachi, was disrupted by COVID-19 and had to be shifted to the UAE owing to restrictions imposed by the National Command and Operation Centre (NCOC). As a result, the matches were played in empty stadiums.

Commentators must, however, recognize that the IPL and the PSL operate in disparate ecosystems. Pakistan cricket has been paralyzed by political upheaval. With each successive year, the PSL has made an effort to revive the lost lustre of Pakistan cricket. It is through PSL franchises that players such as Shahdab Khan have been able to add value to the national team. In a similar vein, the PSL has served as a critical avenue for local players who aren’t able to showcase their talent through any other forum. Furthermore, the IPL’s popularity cannot disguise the fact that the tournament is steadily beginning to lose its flair for raw, action-packed cricket -- a feature that is found in abundance in matches for the PSL.

After having long remained in the IPL’s shadow, the PSL is inching towards building a glorious future for Pakistan cricket. While it may not enjoy the high budgets and brand value that the Indian league does, the initiative is moving towards preserving and expanding the parameters of Pakistan cricket.