The much touted ‘Mehngai March’ by the Pakistan Democratic Movement (PDM) in March 2022 is less likely to see the light of day, let alone any desired end state. 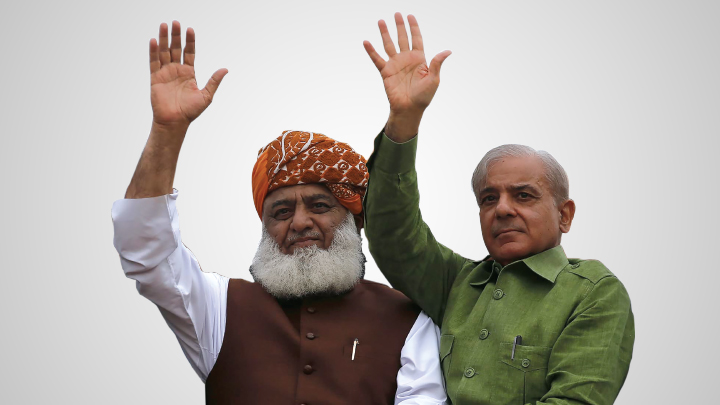 Maulana Fazlur Rahman, the president of Jamiat Ulema-e-Islam, purposefully designated as a leader of an unnatural coalition of divergent political parties named “Pakistan Democratic Movement (PDM)”, reiterated on 4th January 2022, that the PDM’s ‘Mehngai March’ on Islamabad will take place as scheduled on March 23 and will not be postponed due to the second phase of the local bodies polls in Khyber Pakhtunkhwa.

The word “Mehngai” or “inflation” was inserted in place of ‘long’ after desperate search for a saleable cause to make the so-called ‘Long March’ more appealing to the masses. The PDM has gone through many amateurish ‘on’ and ‘off’ phases due to inherent conflicting political aspirations, objectives, schemes and desired end state, especially between the PML (N) and the PPP, with the JUI(F) roped in as a crowd puller.

Historically, in 1934 the Communists suffered huge losses from the Nationalists in the Chinese Civil War. Faced with the prospect of annihilation the leaders of the Communist army chose to start what is now called the Long March. In the famous and successful Long March, Mao Zedong, the leader of the Chinese Communist Party (CCP), and his 100,000 followers fled to Guomindang and they trekked 6,000 miles while they faced daily attacks. Out of the 100,000 followers only 20,000 survived.

The Long March was a symbol of Communist heroism and the march attracted many more followers to Mao. In Pakistan, the long marches and sit-ins by Pakistan Tehreek-i-Insaf (currently in government) and Pakistan Awami Tehreek during August 2014 were not unprecedented. Islamabad had seen a number of political movements over the past six decades. The most famous marches were spearheaded by the late Benazir Bhutto and Nawaz Sharif when both were in the Opposition.

The first major demonstration in the capital took place on July 4 and 5, 1980, when the Shia community marched on the capital to protest the enforcement of the Zakat and Ushr Ordinance by former president Gen. Ziaul Haq. It was then that the government gave in to the protesters’ demands and declared them exempt from paying Zakat to the state. Then, on August 17, 1989, during Benazir Bhutto’s first term as prime minister, opposition parties led by Nawaz Sharif surged towards the capital to observe the first death anniversary of Ziaul Haq at the Faisal Mosque. A few years later, on November 16, 1992, Ms. Bhutto, then leader of the Opposition in the National Assembly, announced a long march after declaring that the 1990 general elections were rigged. This movement forced the late Ghulam Ishaq Khan, who was president at the time, to dissolve the first Nawaz Sharif government, though it was reinstated on Supreme Court orders on May 26, 1993.


The next year, on July 16, 1993, Ms. Bhutto marched on the capital again, which was completely sealed this time around. The situation was defused after the then Army Chief, Gen Waheed Kakar, forced President Ghulam Ishaq Khan and Prime Minister Nawaz Sharif to resign. The lawyers’ movement for the restoration of the judiciary began when former military ruler Pervez Musharraf sacked chief justice Iftikhar Mohammad Chaudhry in March, 2007.

After a brief restoration, Musharraf imposed a state of emergency in November 2007 and sent the top judge packing for a second time. Judges were detained and made to retake their oaths, a move which few judges resisted. This prompted the second leg of lawyers’ protest, which culminated in a countrywide long march to the capital under the regime of the Pakistan Peoples Party.

Led by Nawaz Sharif, the march was called off in Gujranwala after then Prime Minister Yousuf Raza Gilani made a late night speech announcing the reinstatement of the former chief justice and all the other judges of the superior judiciary; speculated to have been advised by the then Army Chief. Another large sit-in witnessed in the capital was the demonstration by the Pakistan Awami Tehreek (PAT) chief Dr. Tahirul Qadri, who marched from Lahore to Islamabad on January 14, 2013, and camped out at Jinnah Avenue near D-Chowk for over four days. That sit-in ended after successful negotiations between the government of the day and the protesters.

In the recent history, the JUI (F)’s 13 days long sit-in at H-9 Islamabad peacefully ended on 14 November 2019 with announcement of ‘Azadi March’ as Plan B; after more than two years, perhaps the same is now trying to find some questionable traction with inclusion of the PPP and the PML (N), the two leading political parties poles apart from each other. In October 2021, banned Islamist group Tehreek-e-Labbaik Pakistan (TLP), made a long march from Lahore to Islamabad, occupied Rawalpindi Murree Road, causing administrative paralysis and enormous destruction of private and public properties, besides killings of law enforces that remains a black spot on the face of the country. Nevertheless, TLP abandoned its unreasonable pursuit after negotiation with the interior minister and his team of clerics.

On 5th February 2022, when Pakistan was observing “Kashmir Solidarity Day”, the PDM partners gathered in Lahore at PML-N headquarters, neither to discuss Kashmir nor Mehngai but to frame a scheme to topple the sitting Prime Minister or the PTI government by launching an attack via the parliamentary route. And if that failed, to keep leveraging the pressure generated by the threat of ‘Mehngai March’.

Sadly, the PDM in their single purpose quest to get back in the power to escape any accountability for the alleged plunder of national wealth, forgot to even consider the worsening security situation in Balochistan and KPK due to spike in terrorists’ activities and the supreme sacrifices daily rendered by real custodian of the country i.e. Great Shaheeds of the Armed Forces. Not to mention the timing of the PDM meeting as an effort to undermine the Prime Minister’s most crucial visit to China on 3-6 February to revive China–Pakistan Economic Corridor (CPEC) for socio-economic development of the country.

The latest PDM’s meeting also came in the backdrop of disappointment to develop consensus on ‘resigning from the assemblies’ as well as failure to capitalise on the under pressure PTI government for getting the ‘finance bill’ passed through the parliament in order to re-enter the IMF programme. Therefore, it makes political sense for the PDM to keep the threat of a march on the capital alive even though the extended date given for it suggests that the PDM may be more interested in using this threat as a bargaining chip as opposed to actually undertaking it. Besides, the sanctity of the ‘Pak Day Parade’ in the Capital on 23rd March, always attended by a large number of foreign dignitaries and diplomats is likely to make the PDM blink first instead of crossing the red line, and thus find some face saving excuse for postponing it to another date.

However, if PDM decided to go ahead with so called ‘Mehngai March’ under self or domestic political needs or due to hostile external pressure to keep Pakistan political landscape tainted with polarisation and insecurity with a view to retard CPEC and other foreign investments, the incumbent government is prone to keep the lame duck at bay.

The best and worst case scenarios and the outcome of the above quoted some important Long Marches in the past notwithstanding, the much touted ‘PDM’s Mehngai March in March 2022’ is less likely to see the light of day, let alone any desired end state. Nevertheless, keeping in view the public anxiety and election year coming close, the PTI government will have to undertake some drastic measures to control the inflation, reduce the prices of food items, electricity, gas and fuel to give relief to the poor masses instead of totally wilting under pressure by IMF executed by imported non-representative experts. A ‘no ball’ or a ‘poor delivery’ in this regard is prone to cost the match to Mr. Prime Minister.