The on-going violent public protests in Kazakhstan are primarily aimed at ousting the corrupt political forces of the country that have been ruling the roost since its independence from the Soviet Union in 1991. 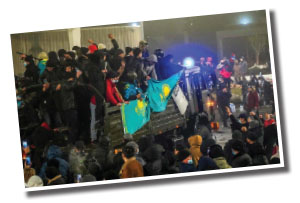 Kazakhstan, commonly known as the largest landlocked country in the world, is rarely seen in a political pandemonium unlike its neighbours. The country is strategically positioned between Russia and China: stretching beyond the size of Western Europe. Up till now, Kazakhstan was patently neutral and stable compared to its former Soviet counterparts. Albeit a unique predisposition to its Soviet master Russia, the oil- and mineral-rich nation has generally remained disinterested in the global arena. However, the on-going chaotic protests and the aggressive government response is threatening to cast a ripple effect that could change the trajectory of the country’s geopolitical position in the region already reverberating with the Afghanistan takeover.

The protests sparked early in December when the de-facto government attempted to lift price caps for Liquefied Petroleum Gas (LPG) - a major source of fuel for transport, heating and cooking. As the LPG prices climbed more than double its usual price, the general public poured frustration onto the streets: setting both the city hall and the President’s residence ablaze. While the protestors didn’t pronounce material demands or any official leadership, the focus of public anger is apparent. Despite protesting the rise in prices of LPG, the innate frustration stems from a variety of factors ranging from soaring inflation to a deteriorating social fabric to a corrupt authoritarian government. 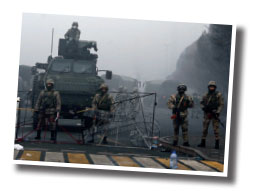 According to seasoned analysts, the protests have deep-seated roots in both the economic and social disparities that are endemic to Kazakhstan. With a population of an estimated 19 million, the overall wealth is concentrated in the elite class of the nation. The country accounts for the world’s 40% uranium production and about 3% of global crude production. Despite such vast energy reserves, the country’s social profile is severely marred by rampant corruption and suppression of political freedom. And in spite of tens of billions of dollars in oil investment from the United States, Kazakhstan’s general population barely gets by while the ruling government reaps benefits. According to government statistics, the average salary in Kazakhstan is about $570/month - a figure itself contested as an overestimate. Instead, the wealth flows notoriously in the hands of former president Nursultan Nazarbayev and his family members. 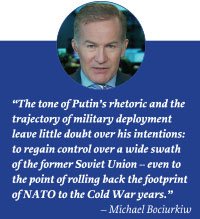 Self-claimed as Kazakhstan’s ‘leader for life,’ Nazarbayev stepped down in 2019, after three decades of sheer draconian rule, only to hand office to his successor Kassym-Jomart Tokayev, while himself retaining power as the head of Kazakhstan’s security council. This is the rudimentary strife that has fuelled the on-going protests in the guise of inflating fuel prices. It is evident that President Tokayev’s attempts of shuffling the cabinet and even agreeing to lower fuel prices have done little to assuage the incensed protestors. In reality, the protestors don’t just want arbitrary accords or a temporal replacement of the loyalists of the former president. Instead, they want broader political liberalisation. Their agenda is to seek an electoral system that allows the general public to elect its own head of the republic as opposed to leaders being appointed by the corrupt president. The protestors are vying for a competitive political system to truncate the tenure of a party dominating elections without any opposition for decades. In short, such a violent public outcry against the present regime coupled with the expression of pent-up dissent embodies a revolution in the making primarily aimed at ousting the corrupt political forces that have suffocated the country since its independence from the Soviet Union in 1991.

Anticipating the fall of his repressive regime, President Tokayev changed his worn-out tactics from coming to terms with the protestors to outright tagging them as ‘conspirators,’ and ‘a band of terrorists.’ He transitioned from a democratic leader to an autocratic dictator in less than a week, instituting a state of emergency and blocking network connections across the country. Failing to quell the demonstrations, he ultimately declared Kazakhstan under attack and asked for Russian assistance. This scenario holds substantial geopolitical and historical significance. This is the first time in history that the protection clause of the Collective Security Treaty Organisation (CSTO), a regional rival to NATO, has been invoked. And while Russia was keen to penetrate its ‘peacekeeping forces’ cumulating to about 2500 soldiers, the broader repercussions are apparent.

The nation of Kazakhstan is a hotspot of interest after the fall of Afghanistan to the Taliban. On top of that, the instability in the region and the vested interest of the United States in the oil-rich Western Kazakhstan is a point of focus for both Russia and China. While China wants stability around its borders, inhibiting US investment could serve as a purpose to steer the power flow in the Central Asian country. Moreover, the Kremlin’s focus is to impart its authoritarian manifesto across the former Soviet nations. A fall of the government and subsequent liberalisation could drive Kazakhstan towards the West - on a similar trajectory as Ukraine. Thus, it is quite obvious why Russian President Vladimir Putin is keen to drive economic, political, and even military assistance to leverage the authoritarian regimes of the former Soviet comrades, including Belarus and Kazakhstan.

According to recent reports, the civilian protestors have been accused of killing 13 police officers and the Kazakhstan government has authorised national forces to ‘fire without warning.’ Given the incendiary situation, an oppressive government determined to quash the dissent, an overly-convenient Russian intervention, and the tumultuous public uproar, the social and political catastrophe is far from over - instead, it is about to augment beyond national borders.

In hindsight, this blood-ridden impasse in a struggling country like Kazakhstan would be futile for all parties involved. President Tokayev has already revealed his desperation by taking the heavy-handed approach against protestors. Instead of gradually placating the protestors, the inept president invited Russian troops to do his bidding. In turn, proving to be a Soviet sycophant instead of a progressive leader. On the other side of the coin, Russia is already embattled in a tussle over Ukraine that encompasses Europe and the United States. Another uprising against an authoritarian regime - that too on a Russian border - could hardly do any good to the Kremlin. However, it could surely embolden the critical factions within Russia alongside providing impetus to leaders like the US President Joe Biden to impose sanctions. Ultimately, while the protestors could wreak havoc in weeks to follow, the outcome won’t be any different than that of Belarus. However, instability in a region already dismantled with conflicts could have diverse unforeseen long-term consequences.