Instead of taking a dim view of the recent wave of reforms in Saudi Arabia, we must appreciate the on-going moves, which are largely aimed at transforming the once-sleepy kingdom into the region’s dominant economic and cultural hub. 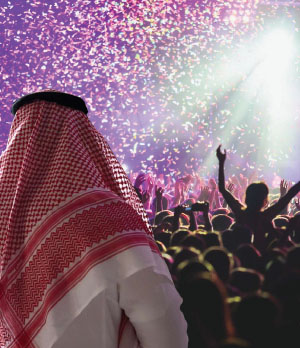 Saudi Arabia has a population of 35.08 million, where the youth accounts for more than 75% of the total population. Recently, in Saudi Arabia, new social reforms are taking place at a dizzying pace. According to Prince Khalid bin Bandar bin Sultan, about 1,000 laws have been altered or removed in the last five years. With those legal changes, adult women can now live independently and perform pilgrimage to Mecca without permission from a male guardian. Other significant changes since 2016 have involved allowing women to drive, lifting a decades-long ban on cinemas and letting women travel alone, as well as the on-going, gradual relaxation of gender segregation rules.

Emerging as a secular and liberal society, Arabs are increasingly saying they are no longer religious, according to the largest and most in-depth survey undertaken of the Middle East and North Africa. The finding is one of a number on how Arabs feel about a wide range of issues, from women’s rights and migration to security and sexuality. But questions are raised that are Saudis turning their backs on religion? Are these reforms justified and what could be the major factors behind such drastic changes? Can we call it the effect of digitalisation, globalisation or something else?

In terms of digitalisation, Saudi Arabia has the third-highest smartphone penetration rate and by 2022 it is expected to increase to almost 24 million with 5.4 networked devices per capita. The active internet users are 33.58 million. The young generation is all over social media with YouTube as a predominant virtual destination with 31.40 million users (89.50%) followed by Instagram with 26.80 million users (76.40%), Facebook with 25.92 million users (73.90%) and WhatsApp with 28.24 million users (80.50%).

The social media users are about 27.80 million with an average time spent on the internet of 7 hours 45 minutes. The global rise in social media amounts to 9.2% annually and Saudi Arabia leads the race among other nations with an exponential annual growth rate of 8.7%.

This majority has been the game-changer that has thrust Saudi Arabia to the top position on the global social media charts. The largest consumption of social media content has played a decisive role in the rapidly transforming Saudi society and changing in laws.

According to the Statista 2022 report, the highest female literacy rate in the Middle East and North Africa, Jordan ranked as number one with 97.8%, followed by Israel with 96.8% while Saudi Arabia ranked eighth with 92.7%. That is not too bad as compared to other states such as Pakistan where the female literacy rate is 47%. The UK’s King’s College has agreed to open a branch in Riyadh, as has Spain’s SEK Education Group — to complete the construction of the King Abdullah Financial District. 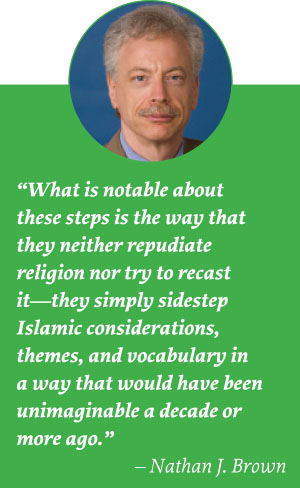 In the past decade, the Kingdom has embarked on an unprecedented reform journey to empower women, whether on a personal level or in the workplace. In fact, within a few years, the rate of women’s labour-force participation rose from 17 percent to 31 percent. Saudi women for the first time appeared on media without head-covers and worked during night shifts. In terms of equality, empowerment and expanding civil and political rights, it is truly disheartening that this level of openness and rise in civil liberties is facing severe criticism and the Kingdom is criticised if they are getting less religious or what? This is mere hypocrisy where Afghan women are expected to empower/modernise but Saudi women cannot!

Mohammad Bin Salman aggressively drives ambitious plans to modernise his nation, develop new industries and create jobs for the youth. According to the Saudi Press Agency, a total of 44 multinational companies already received licences to move their regional headquarters to Riyadh.

Among the 44 companies are multinationals in different business sectors such as technology, food and beverages, consulting and construction and the big names include Unilever, Baker Hughes and Siemens. Al-Rasheed told Reuters that the new headquarter establishments would add $18 billion to the Saudi economy and provide around 30,000 job opportunities by 2030. Al-Rasheed expects the about 44 firms to move to Riyadh within a year, adding that some had already done so.

The Kingdom earlier last year said about 24 companies and many more had signed agreements to establish main regional offices - including PepsiCo, Schlumberger, Deloitte, PwC and Bechtel - rather than oversee operations remotely from the UAE’s Dubai emirate. The European law firm DWF Group said that Riyadh would become its regional headquarters for business services.

The Kingdom’s unique shift towards digital transformation and modernization brings along rumours that Saudi Arabia may legalise alcohol in certain areas, like the KAFD and Red Sea tourism projects. Here the issue is if so many multinationals/foreigners are based in Saudi it will automatically lead to modernisation not only in its laws but outlook as well.

Saudi Arabia is also witnessing tangible economic prosperity and progress brought forth by the increase in non-oil revenues and non-oil GDP. This will free Saudi Arabia’s economy in the foreseeable future from the clutches of endless fluctuations in oil prices. Currently, without net exports, there are about 221 years of oil left with Saudi where its oil reserves are second in the world with $266.6 billion barrels of reserves, total production of $12.4 million barrels per day, consumption of $3.3 million barrels per day and export $7.33 million per day.

Despite these numbers, according to Prince Khalid, the Kingdom decided to move away from fossil fuels in 2016. By 2030, they aim to be not an oil provider but an energy provider with a firm commitment to producing 50 percent of energy by renewable sources. Khalid al-Falih insists that Saudi Arabia has advantages ranging from ample land to cheap energy, Red Sea ports that enable cargo to avoid the Strait of Hormuz checkpoint in the Gulf, and a huge petrochemicals industry that can provide inputs for manufacturers.

But why such a fuss over the change in Saudi laws to transform the once-sleepy kingdom into the region’s dominant economic hub?

The changes in Saudi laws are consistent with Saudi policies to modernise the Kingdom, increase the share of non-oil GDP and reduce the dependence on oil revenue whose prices are no longer under the control of Saudi Arabia. It is trying to move away from an uncertain source of income to a more reliable and predictable source of income. This is obvious that when you enter into modernisation, invite foreign investors, naturally the law has to be adjusted accordingly. Not a single country can deny Saudis their right to empower/modernise with a GDP per capita of $20,000 and with a female literacy rate of 92.7%. Hence, the controversies are baseless!