Defined by rhetoric and incessant oratory, Prime Minister
Imran Khan boasts of a twofold personality, vacillating between
narcissism and humanitarianism.

Says the poet:
Having enclosed myself in an overblown ego trap for life, my arrogance even exceeds the breaking point that I dare put myself in the place of God.

Honestly speaking, every man’s life is composed of such self-absorbing human traits as ego and arrogance that make it difficult for one to move beyond one’s self. The man, as a corollary, is either reduced into a self-indulgent creature or he utterly submits himself to God and leads a selfless life, wholly devoted to the well-being of others. However, one who tries one’s level best to appear truly like a people’s well-wisher through both his words and actions, is in fact a self-obsessed soul and his seemingly selfless but covertly ostentatious acts are just a means to win others’ admiration. 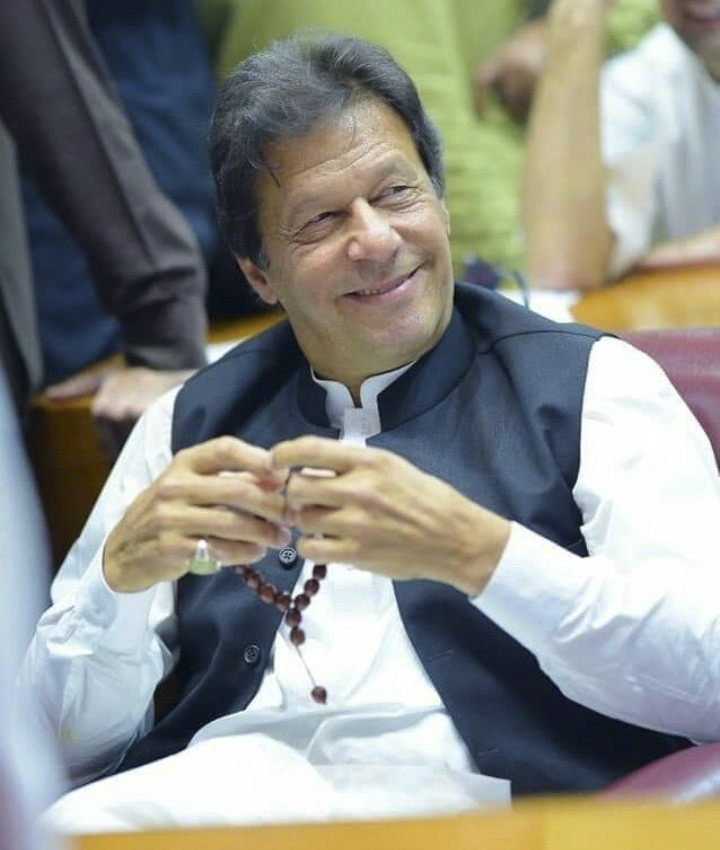 Worshipping at the altar of self-glorification, Prime Minister Imran Khan boasts of a twofold personality, vacillating between narcissism and humanitarianism. Defined by rhetoric and incessant oratory, his one side depicts him as a saviour of the downtrodden, but his actions and governance mannerism suggests otherwise, unmasking the skin-deep persona that distinguishes his personality.

In the mistaken belief that he knows almost about everything under the sun, Khan touches the height of ignorance so often. An exhibitionist from head to toe, he relishes in moving the prayer beads while crossing his one leg over the other, takes pride in performing prayers on the footpath and keenly bows down his head at the entrance of holy shrines. This is what Imran Khan is doing in the name of good governance, using all his political might and flashy abilities to win public support.

At the same time, he seems to make every effort to overshadow his erroneous past by showcasing his religious side more often. Doing this, he cannot help publicising his relentless quest for turning Pakistan into a Riyasat-e-Madina. However, the manner through which Imran Khan has been handling government matters, is yet to reflect that his utopian ambition has any place in his political agenda. Occupying a luxurious villa in the posh residential area of Bani Gala near Islamabad, Khan’s bossy lifestyle does not have any resemblance to the simplicity, selflessness and altruism which would be the hallmarks of a truly Islamic welfare state.

In a class of his own, Imran Khan, by any standards, stays well above the rest of the people he represents. That he remains oblivious to the plight of the labour class was repeatedly disclosed in his conflicting statements issued after the outbreak of Coronavirus. He is the head of the government but he still resorts to applying his cricket mindset even when dealing with a disastrous scenario confronting the nation. The captain who won his country the 1992 Cricket World Cup cannot help reincarnating the victory and that too on such occasions that demand sagacity in place of a knee-jerk reaction.

For instance, his immediate response against the Covid-19 pandemic was to declare ‘war against coronavirus’ and he vowed in public to fight tooth and nail with the deadly disease by coining a catchy slogan ‘corona se darna nahi larna hai.’ But in practical terms, his Covid-19 strategy is similar to a children’s game ‘Rock, Paper, Scissors.’ He is still toying with the ideas of ‘complete lockdown’ and ‘smart lockdown’ at the expense of too many deaths. The number is still counting.

He feared that in case of a continued lockdown, the lot of daily-wagers would die of starvation. Ironically, more than 5,000 people in Pakistan had died due to Covid-19 until the middle of July, but none had reportedly died because of hunger.

Was it a matter of his inflated ego that stopped th Prime Minister from visiting the crash site of the PIA plane in Karachi, or even meeting the families of the deceased? Unfortunately, when it comes to action, Imran Khan is always the first person who leaves his imaginary ‘Riyasat-e-Madina’ model in tatters.

With his tall claims and pipe-dreams, Imran Khan often reminds one of the popular political slogans used in the sub-continent. These called for the making of a separate nation-state for the Muslims that now exists in the shape of Pakistan. Contrary to all promises and expectations, the hard-fought country has miserably failed to fulfill the promises its forefathers had made to the Muslim minority of India, who were innocently lured in the name of Islam and soon ended up in a land of contradictions and corruption in place of the promised ‘Land of the Pure’.

As shown by the then feudal-dominated All Indian Muslim League and now the Pakistan Tehreek-e-Insaf led by Imran Khan, how easy it is to exploit public sentiment by resorting to false promises and fraudulent statements and that too in the name of religion and public welfare.

On the administrative side too, Imran Khan is faring badly. Both in Khyber Pakhtunkhwa and Punjab, led by rubber-stamp chief ministers, the work on many mega projects has yet to kick off, while various development programmes have been in a state of limbo owing to the government’s inability to complete and assiduously approve the assessment tasks on time. Once again, Imran Khan’s magnified ego does not allow him to nominate capable people for key posts, people who could run government affairs independently and without dragging the PM in every matter.

As for the people of Karachi, the likes of MNAs such as Aamir Liaquat, Faisal Vawda and Alamgir Khan, who were meticulously chosen by the all-knowing Imran Khan because of their political stuntmanship, have miserably failed to establish any credentials in terms of good governance. From the sugar scandal to the petroleum scandal, Prime Minister Imran Khan should be the first to be blamed, since his faulty decision-making, delayed crisis management as well as his inconsistent and immature policy-making, if any, is pushing the country well behind its growth potential.

In hindsight, it appears that everything is taking place as per the script written by the powers that be. The mafias that rule the rulers are having a field day in the present government setup, while the PTI’s claim that it does not have any place for corrupt politicians looks lie dream. Political point-scoring is at its peak and the masses are being duped, left, right and centre. They would soon be making a beeline to polling stations to vote for their favourite leader and it will again be their handsome prime minister.