The Legacy of Ali Habib

A stream of condolences poured in following the death of Ali Habib in Karachi
on April 17, 2020. He was a prominent business magnate and headed the
House of Habib, which serves as an umbrella for many successful institutions. 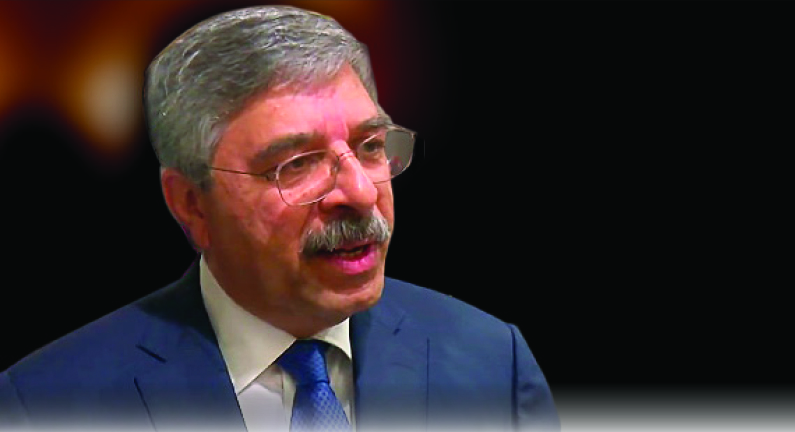 When leading entrepreneur and captain of the industry Ali Suleman Habib passed away in Karachi on Friday, April 17 at the age of 63, he left behind a void and a legacy that will be hard to fill – at least in the near future.

Tweeted Prime Minister Imran Khan, “Saddened to learn of the passing of my old friend Ali Habib”. The premier also acknowledged late Ali Habib’s assistance in an honorary capacity to the Ministry of Commerce.

Pakistan’s entire business community went into a shock on hearing of Ali Habib’s sudden demise. It was evident in all the sadness that Pakistan had lost a true blue business entrepreneur who was recognized as a very patriotic industrialist.

A good human being and a very decent man, Ali Habib left us all too soon. He was a thorough professional who would demand and settle for nothing but the best.

He describes Ali Habib as a relentless pursuer of the highest aspirations, both literally and metaphorically. His business and philanthropic goals were even loftier because he not only ensured that Habib University remained on track to be a great institution of excellence, but was also ranked among the most generous private universities in the world in terms of student financial support.

Rizvi states that Ali Habib developed powerful platforms for the business community to become more thoughtful about their practices and work collaboratively for the national economic interest.

He adds that just a few weeks ago, he had advised the government about boosting the country’s exports manifold by reviewing its policies.

For Wasif Rizvi, Ali Habib was a mentor, guide, keen listener, boss and a brother, all rolled in one. He says that he feels disoriented and lost at Ali Habib’s completely unexpected departure.

His ideas were always original but backed by hard facts that he would laboriously extract from his personal experience, a lot of reading and an uncanny ability to observe developments for himself. He often went to Japan to see the manufacturing of Toyota cars first-hand and learn the ropes.

He was in no way a typical Seth as he was always hands-on and personally present at the IMC-Toyota production lines at least once or twice a week to make sure that everything was in order.

He may have come across as intimidating to some but he was a gentle person who did not have an ego and who learned from his mistakes. But he was firm, fair and honest to the hilt.

He built IMC with his sweat and blood because he had seen the passion and toil of his other family members in the 80s in acquiring the licence to build Toyota cars in Pakistan. He had himself faced the travails of the bureaucracy in Islamabad before the IMC plant could be set up in Karachi.

Dr. Azra Raza, President, Habib University Foundation, has expressed her views about the late Ali Habib. In a Youtube statement, she said,
“The stunning announcement of his (Ali Habib’s) death has left us incredulous and bewildered. His beloved wife, children and grandchildren, his sisters, uncles and cousins, his friends, are all mourning in the premature way he has been snatched from us. To the most honourable Rafiq Habib and to the house of the Habibs, we offer our deepest and heartfelt condolences at this loss. Ali’s profound love for his wife Manizeh is the stuff of legends. His deep commitment to the children has been inspiring.

“The Habib clan has produced one breathtaking philanthropist after another. The spirit of giving is in their DNA. With time, they set their sights on even higher goals and Ali Habib led the charge. The vision that he developed was more daring, more bold and more audacious. He reached for the stars and the Habib University is the result. This is the first liberal arts university that can compete with any Ivy League institution in America.

“How did Ali accomplish this? What raised him above the pomp and splendour of the privileged? Was it the gentleness of his manner, his inimitable charm combined with a steely resolve, his uncompromising attitude and pursuit of excellence, his devotion to friends, his sweet smile, his hearty laugh, his compassion and empathy? Yes, he was born a prince with the proverbial silver spoon yet it was not this inherited shahi but a unique faqiri of heart and soul – dard e dil – an ability to feel the pain of others that led to his humanitarian actions.

Down the road, as Toyota became a popular brand and Pakistan’s number one locally manufactured automobile, there were still many challenges to be faced and Ali Habib and his team tackled them squarely – even driving to the plant everyday despite the government’s apathy in building the Malir 15 Bridge. Ali Habib wanted all motor vehicles made in Pakistan to be of the highest quality and made no compromises in producing Toyota cars.

He also championed the fair demands of the indigenous car industry and was instrumental in setting up PAMA – Pakistan Automobiles Manufacturing Association.

Ali built an impeccable reputation for quality and fairness and recognized the value of his employees. That is why he always told them not to be afraid of making mistakes.

A smart business leader whose advice and wisdom was sought-after by the business community and the government, he was also an outstanding philanthropist and urged all his companies to share their success with the deserving communities in the areas of health, education and the environment.

He headed the House of Habib, a business conglomerate that has several successful businesses functioning under it. Apart from heading Indus Motor Company (IMC), Pakistan’s leading automobile company that produces Toyota cars, Ali also served as a member on the board of directors of Thal Limited, Shabbir Tiles & Ceramics Limited, Habib Metropolitan Bank Limited and Metro Habib Cash and Carry Pakistan (Pvt.) Limited.

Having had his early education at Habib Public School, Ali Habib was a graduate in Mechanical Engineering from the University of Minnesota, USA and also attended the Management Development Programme (MDP) at Harvard University.

Ali Habib was Chair of the British Asian Trust’s Pakistan Advisory Council. Hearing of the sad news of Ali’s death, Richard Hawkes, Chief Executive of the Trust, expressed his deep sorrow as well as that of HH the Prince of Wales in a message to all friends. He said he was deeply saddened by the news. He had first met Ali in 2016 when Ali and his wife Manizeh attended a private event with the Prince of Wales in Scotland.

In his passing, Ali Habib has left behind a legacy of fair entrepreneurship seasoned with devotion and humility.

One always found him at the side of his wife Munizeh, sharing her interests in art and culture. Once, I invited them to attend a stage play by Naseeruddin Shah, as I serve on the Board of Directors, National Academy of Performing Arts (NAPA). Anticipating that this would be a packed performance, I requested them to be there on time to ensure they got seats. I noticed them midway through the play, sitting on the floor at the side of the stage. I managed to catch Ali’s eye and beckoned to him to come nearer so that I could offer him my seat. Ali simply nodded in the negative and indicated he was okay sitting on the floor.

He was so right. After all, the ground is one’s final resting place. May his soul rest in peace. Ameen.